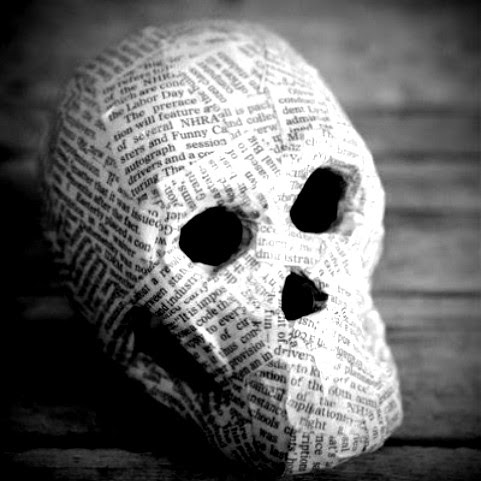 Dead-tree media continues its quickening journey down the toilet bowl of history as the finances of a local institution will now be hidden from public view.

Brief aside, for all of the crybaby lamentations regarding "journalism" -- At this late hour we finally realize that All The President's Men was mostly fiction and Martha "The Mouth" Mitchell knew way more than any scrap that was fed to low-rent newsies. Years later and also in the declining era of social media, it's not too much of a jump to understand that gossip, rumor, politics and speculation comprise most of what we call news.

For our most dedicated late night denizens of the discourse, we offer this news update which offers a dire glimpse at the future for the Kansas City Star.

Fox Biz: Job cuts at US newspapers up 170% in first half of the year

And then, here's what is likely the biggest causality of the pandemic according this bit of newspaper promo . . .

Newspaper companies can be opaque to outside observers. Many of them remain in private hands, unobligated to share any numbers that might make them look bad. Others are wrapped up into giant chains who report things like digital subscriptions or advertising revenue only in lump sums. (When one company owns more than 300 local news properties across two continents, it can be hard to suss out anything granular.)

Interesting. But not really a big loss for KC.

KC needs a real paper and we were much better off when the Star did real reporting.

Maybe but that was 30 years ago. Now the reporting is just a woke update.

Instead of plaster being poured over McClatchy's corpse for a lasting death mask, the Chatham hedge fund opted for some cheap papier-mache using the KC Star editorial board archives!!!

Damn, a left rag got destroyed by the communist Chinese Star they are.

The Star going under won't be a loss for KC. The star is a liberal rag that panders race politics.

We can only dream that someday reporters will return to writing stories with a balanced view of the topic, interview people from both sides of the issue and let the reader weigh the information provided, knowing the reporter likely skewed the article a bit one way or another by what he or she decided to include and exclude.

^^ The opposite of what the Star has been doing for the last 30 years.

Nobody is sad about the red star failing, they did it to themselves.

The Star has has so many underlying health issues and pre-existing conditions for so long it would have succumbed to a common cold.
When they offered a 26 week Sunday-only subscription for just $1 a week, you could see the desperate effort to build distribution and ignore the bottom line.
Once the Star was sold to out-of-state owners and decided that it wanted to try to become an amateur New York Times, its demise was pretty much assured. And it has seemed to double down on that losing strategy even as it continued to tank.
The sale to its current owners and their business "philosophy" of getting as much blood out of a shriveled turnip as possible brings the end of the road clearly into view.
Maybe Hoops and Diuguid can get Harvard to buy the Star and turn it into their student paper. Most of its "reporters" are already college age.

The only virus that killed these guys was red fever - an overwhelming feeling of communism.

The virus didn't kill the paper, it was decades worth of crappy reporting and being a DNC propaganda wing that did them in. Good riddance!

McClatchy's can now purchase that bigger yacht and enjoy life in that perfect 10,000 sq ft mansion on the coast.

Even during the great toilet paper shortage the KC Scar wasn't fit to wipe your ass with.

THE LIBERAL ELITES BLAME EVERYONE ELSE FOR EVERYTHING

and yet the Star will never die. You Boomers will of course. Sooner than you think. Tick tock. Bye bye now. Weird.

WHY ARE THE DEMOCRATS AND THE COMMUNIST TAKING DOWN OUR COUNTRY?

If the boy blunder had not forced all of the stores to close maybe the KC Star ad revenues would not have collapsed and sent the paper into insolvency. Much like the Bourbon kings, Boy Blunder has learned nothing and forgotten nothing.

No one will miss your race-dividing, Marxist opinions.

Who's going to report on the social workers when they get their asses handed to them being friendly stand ins for the po po? It will happen. Patience....

Only reason to buy a newspaper is to wrap up your glassware as you pack to move from this corrupt place!

The Red Star was the most mis-managed business in Kansas City.

Totally ignored their customer base.

Sprint would be a close 2nd.


I will miss the Kansas City Star said no one.

Another example of the failure of Public University Journalism Schools.

The colleges teach Marxist ideology instead of journalism that customers will buy.

Defund Public Universities and you defund Marxism in America.

833 your a stupid stupid liberal

KC has no newspaper and our local radio stations are a disaster.

The only thing that we have that makes us a "real city" is our murder rate.

^^You can always move CHUD if you don't like it. What's a matter..Broke?

DIDNT THIS HAPPENED IN DETROIT TO

900 YOUR A BROKEN RECORD JUST LIKE YOUR DEMOCRAT MASTERS.NOW GET TO SUCKIN

9:00... the word you are searching for is “ the” .. “ what’s THE matter! It’s a determiner and is used to point forward to a following word, clause or phrase! Now be a good lad and read some more comics!

Democracy dies in darkness???...more like socialism dies in bankruptcy. ES&D all you progressive scoop bitches, great time to start that dog-walking biz.

I'm thoroughly enjoying watching these Democrat run shitholes decline at a self-inflicted accelerated rate. It's entertaining as hell! Anybody need a refill on popcorn?

There are few jobs in journalism, soon there will be even fewer, but the J-Schools keep churning out the grads. The necessary conclusion is that J-Schools exist for the sole purpose of keeping their professors employed. Like welfare, but more expensive.

^^and you're here. A blog for dying geriatrics. Nice life choices loser.

No commas, apostrophes, nada. Whomever the all caps guy is, he needs to check spelling and punctuation frequently. Maybe take a course (not coarse) at that
J-school. Shame, because I agree with his sentiments, but he loses credibility with these glaring errors.

Where have you been "CAPS guy"?
I have missed you.
More postings please.

^^^I tip my cap to him! It's not often that a poster's keyboarding and thinking are equally poor. Only Chimpy has accomplished that feat on a regular basis.

I dunno... I think everone has a right to comment. Whether or not they know grammar is a separate issue from what they have to say. It is elitist to look down on those with less knowledge of grammar. It may be no fault of theirs that such instruction was lacking.

I understand offering correction. But rejecting an argument on grammatical merits disenfranchises many fellow citizens.