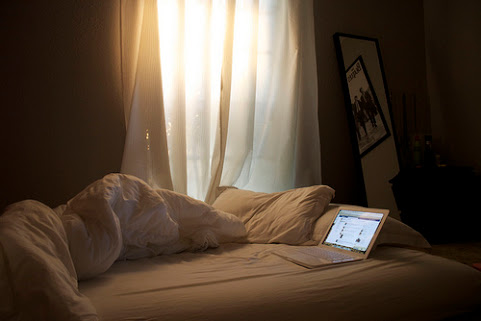 Posted as our TKC answer to the fading Sunday "homes" section in dead-tree media with special thanks to our BEST & BRIGHTEST TKC READERS. And so we'll take a quick big picture look at the real estate industry which has been forced to change with the times amid an overall COLLAPSE in the American housing market amid the pandemic.

"The MLS Advisory Group regularly reviews the terms and fields used in the MLS to make sure they are consistent with the current market environment. The updates to Primary Bedroom and Primary Bath were among nine requests for review that were submitted by members and considered at the most recent meetings. It was not a new suggestion to review the terminology. The overarching message was that some members were concerned about how the terms might be perceived by some other agents and consumers. The consensus was that Primary describes the rooms equally as well as Master while avoiding any possible misperceptions.”

This term is no big loss but should remind some of our more critical readers that the concept of servants & masters has existed throughout recorded human history in virtually every culture the world has ever seen . . . And so, erasing the language and symbols of this ancient and barbaric institution might be satisfying but won't ever eliminate the idea or practice of inequality.

Dumbest thing I ever heard.

We should name it the dirty white short peni room.

Sounds fair to me!


This is hilarious. They might want to get it straight, there is a difference between Master Bedroom and Master's Bedroom which is what I think they mean. These people are just being ignorant. They have the BFS...Byron Funkhouser Syndrome.

733 LOL where have you been...there is no bounds to the woke sjw stupidity...it's hard to tell fact from satire.

You mean no more Master locks either?

Call it what you want. I will call mine “the room where I fuck married Leawood sluts”.

Wait until somebody gets offended by "mud rooms." Mud is brown, you know. It's offensive to dark-skinned people.

This kind of garbage is going to continue and get worse and worse; and more vocal and intense, until the rest of society starts telling the people pushing this insanity to “SHUT UP AND GET LOST!!!”

That’s what the rest of us who know better need to start saying; then turn around and ignore them.
Don’t give them an audience!


hope the SJWs don't go after "master-bating" next..

in that case --we're ALL racist!

"...there is a difference between Master Bedroom and Master's Bedroom."

No, you stupid motherfucker, there isn't.

I'm pretty sure my IQ is higher than yours.

^^Only in your world is that true Byron. The rest of us see it how it really is.

Now the squirrels like Byron are attacking John Wayne.

Ok, this is just stupid.

There's probably some more worthwhile causes to focus anger towards out there. This ain't it.

Not even Byron. Only your level of stupidity is higher than any other. You are the only person that doesn't clue in.

There IS a difference between "Master Bedroom" and "Master's Bedroom".

what should people with a master's degree do?

to learn (something) completely : to get the knowledge and skill that allows you to do, use, or understand (something) very well

The dealership where I work as an automotive technician just sent an email informing the staff to not use the term "slave cylinder" in written or spoken communication!

Wheel cylinder? But there isn't really another name for the master cylinder.

So, who's that "Diversity Is Our Strength" working for everybody ? Isn't it just awesome ?

Separate but equal? No, but really yes.

I thought I was being progressive when I started calling fixing something in the field"afro engineering"instead of what I used to call it.

people today don't label themselves as masters of their dog but parents.