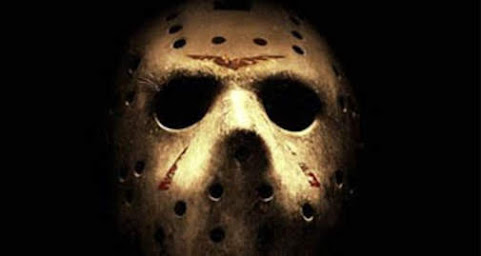 Tonight we share a quick update that might seem frivolous but offers a "teachable moment" regarding the value of political promises in Kansas City.

THE NHL PREPS FOR EXPANSION TEAMS WITHOUT ANY KANSAS CITY MENTION!!!

More deets on this tragic situation thanks to THE BEST & BRIGHTEST readers of the blog . . .

The NHL Seattle expansion team is making progress toward the announcement of its name, logo and colors. "Some have speculated it's a long time off. It's not," NHL Seattle CEO Tod Leiweke said Thursday. "Vegas did it a year out. We'll do it well in advance of that."

This is important because over a decade ago Kansas City invested $300 MILLION and hiked taxes assuring the public with the empty promise that KC would soon earn either an NHL or NBA team. The pledge has been quickly forgotten as the soon-to-be-renamed Sprint Center turned into a B-list concert venue for fading stars on their way up or out.

Regarding the consequences of politicos failing to keep their word in Kansas City: Old school political consultant Steve Glorioso devised the political trickery and now he's pushing up daisies. Before his death he was just as influential as ever and a mayor supporter of the ascendancy of current Mayor Quinton Lucas. Former Mayor Kay Barnes championed the effort and she's lauded as the architect of the so-called "Downtown Renaissance" without any challenges as to the cost of her efforts - The reality is that Former Mayor Kay remains one of the most popular leaders in KC and come election time she's celebrated as LOCAL ROYALTY among the political class.

And so, amid the ongoing pandemic, continued American protest against police and a campaign season dedicated to widespread avarice inspired by two grumpy old men . . . We take a moment to consider promises still on ice with this playlist.

the audience isn't there, no reason for NHL to come to KC. There's a question about their American popularity overall. They are popular on the east coast but hockey has never caught on in mainstream American culture.

that could change quickly with more fans turning away from the NBA and NFL. Without all of the b.s. politics, hockey could be a sport that provides refuge for fans.

And @10:14, you're underestimating how many RAPID fans that hockey has. Fans who loyally follow every game and will buy season ticket year after year.

What we've seen over the past few weeks is that only the people who burn down buildings and break windows get attention from elected leaders in KC and across the USA.

^^^ true dat besides, nobody wants to invest that kind of money in a murderous city with terrible infrastructure.

Are these the same Leiweke's from the old KC Comets days?

Kay Cronkite Waldo Barnes was recruited to for mayor by Glorioso,
Mike Burke and a bond dealer to be named later.
Frequent refinancing of the $300 million P&L bonds is very lucrative.

"fading stars on their way up or out"

@12:15, so you're saying that Sprint gets A-list talent? Guess you have low standards which is probably why you're cruising this sh*te blog so late and leaving a crybaby comment. Sad.

12:15, TKC is spot on with his assessment of Sprint Center performances. When an A-lister world tour is announced, 9 times out of 10 it requires a jaunt to Chicago if you want to see it.

Why would an A-lister anything want to come to a C-list little town with D-list celebrity wannabees?
A frog of actual real size just puts all these "big" toads in their little puddle to shame.
Keep reality from ruining the magic!
KCMO has the Big Slick!

KIlla city, concerned over sports and entertainment. Not concerned about your school or murder rate. Weird

Actually, Sprint Center is consistently named in the top list of arenas. And I’ve seen some great acts there, top talent.

Steve. Glorioso is burning right now because he was one of the worst human beings that ever lived. He would enrich himself at the expense of the City at every opportunity. He thought he was the Democrats Karl Rove but he was so transparent in his self-enrichment schemes. His P&L District brain trust ideas still cost the City $10-$15 million per year. He was a truly despicable person.

8:20 know your facts before spewing some trash

The African American agricultural scientist invented more than 300 products from the peanut plant. George Washington Carver is known for his work with peanuts (though he did not invent peanut butter, as some may believe)

Not trying to be sarcastic but good luck with that. Sprint Center is closing in on it's 13th birthday in the fall. Sometime over the next 7-10 years there will be some ballot initiative to upgrade or replace Sprint Center under the guise of we need it to:

It's the same shit this city does time and time again and we fall for it. Yes it's great that we have the Sprint Center. But it came under false pretenses. And the second city leaders determine they need 10s of millions of dollars to refurbish Sprint Center or determine they need 100s of millions of dollars to replace it, the same promises that were trotted out to get tax payers to approve the financing for Sprint Center will be trotted out again. And like lemmings, this tax payer base will fall for it again and then bitch about how city leaders lied......Build it and they will come is a lie and it has burned this city and tax payer base time and time again.