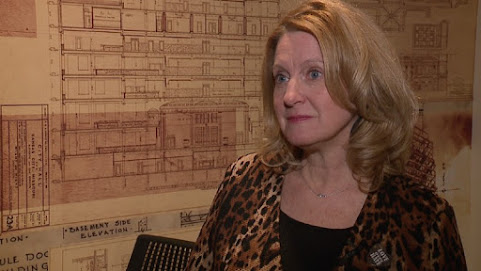 Here at TKC we have a history of supporting losing causes and so tonight we highlight A KCMO POWER MOVE OF THE WEEK which was ultimately doomed but took a bold stand nevertheless.

Agree or disagree, in these unprecedented times speaking up is important and the only real political capital.

Check Northeast new for a roundup of the decision to grant protesters amnesty . . .

Even better, here's an important statement that speaks to the issue directly . . .

Today I rise to reinforce my call to vote no on ordinance 200415. Instead I ask for Due Process to occur.

This is not Due Process: retroactively rescinding municipal code does not fix or change laws, it only gives relief to a particular group or for a particular reason (what if next time, it’s for a reason you don’t like)?

Will this become the norm in Kansas City? Are we going to administer our laws by committee after the fact? I ask you to vote ordinance 200415 down and review the options to actually create unity and peace and justice in our community by allowing for Due Process. Let the prosecutors, judges, plaintiff and police work together on each offense and determine the best option (community service, probation, dismissal or let the charges stand). This is what I like to call choices lead to consequences.

Over 736 private citizens voiced their opposition to Ordinance 200415 and I think they deserve to be heard . . .

Are their voices not as important as others? Do they not have rights? What about the officers? The businesses that were vandalized? Don’t they have rights? Should they have to spend their own money to replace what others destroyed? Is that justice? Peace? Unity?

Remember when we hosted the World Series Parade? The Super Bowl Parade? Over 800 officers at the World Series and 600 officers at the Super Bowl were there, keeping the peace, making sure everyone was safe and having a good time, all while protecting thousands of parade-goers from a very dangerous car chase through the parade route. Remember the boy they gave a new Nintendo switch (with their own money)? These are the same officers who stood on the line the past two weeks keeping peace in our City. This shows that we can get along if we are in unity with our purpose.

This ordinance is about Due Process and the rule of law. All parties involved have the right to be heard in the court of law. This ordinance violates the people’s rights.

Furthermore, this ordinance supports the political agenda of the protestors involved. By intervening in the rights of the people, those who vote for this are using their office to further a political agenda.

This is the same type of political interference that caused KCPD to go under State Control in the first place. They say history repeats itself and today we will see if Tom Pendergast and his cronies are back or if Due Process and the rule of law are maintained. The people are watching and if local control is what you want than political ideology cannot win over due process and the rule of law.

At least she spoke up. Really surprised how many people were silent on this issue.

I don't have a problem with non violent protesters whatsoever, everyone is entitle to their opinion.

What I would have liked from the council is some form of assurance that they support the prosecution of people who destroyed property, hurt others and looted. THAT would be a good place to start.

Hearing that police union has decided to fight the E tax. Budget cuts, dismissed charges and a bitch for a prosecutor seems to be too damn much. Grabbing some popcorn, because most of the city is sick of the liberal bullshit.

What a world it is when it's suddenly shocking to hold people accountable for breaking the law. Sad.


Smart words from the councilwoman

the Northland needs to secede from cray-ass Kansas Shitty

Hall is the first sane person I have heard speak in over two weeks. Support the rule of law. There are people that may have to rectify what they did to this city, the Plaza merchants, The tax paying citizens. This is not about racism. This is how we as Americans should perform daily in running our cities, counties, States and Nation. Two thumbs up for Heather Hall. Now on to the parks and recreation department, they need a dose of this sanity too.

11:07 said it all. We now live in a world where Criminals are not responsible for their actions. Insert blame, excuses and two faced diversions. Politicians are all about being elected.

Agree! Also liked what Ms. Loar said to the crowd, warning them how the police departments of Minneapolis, Atlanta, and NYC have local control. Be careful what you wish for.