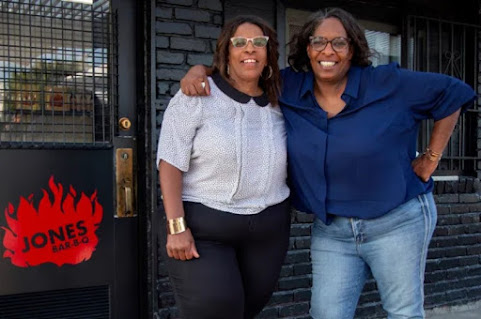 A beloved Kansas City family restaurant earned national acclaim on a popular makeover show but a year later the metro surge in violence has directly impacted their biz.

Here's the word, photo proof and support for the beloved biz:

"You know - this place - Jones’s BBQ - is only open five days a week. They’ve worked hard and made the area a bit better. Now some a$$hat at the bar next door goes off and shoots someone preventing the cooks from having a safe place to work. This probably cuts 20-50% of their revenue for the week. These areas that are up and coming or being redone are going to die if great businesses like Jones’s BBQ find safer places to work. The location is part of this places charm but I’ll travel gladly drive to Olathe or Blue Springs or another suburb if Jone’s BBQ moves. Everyone should go there twice or more next week." 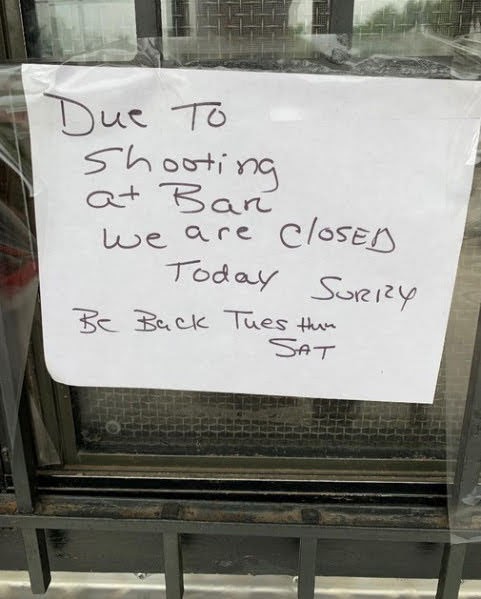 By all accounts the place will be back open Tuesday and BBQ fans across the nation highly recommend this place.

That sad news is that we're starting to hear more of it in Overland Park as well.

The violence is out of control and it spreads to other parts of the area. If KC can't get their homicide rate together, then the entire area in trouble.

The whole area is already in trouble. Arm yourselves.

^^^ wrong. Great store, great family. They will survive the hard times because they work hard!

I blame all the increase in crime on black flight to the suburbs. The grown-ups are wanting a safer environment much like the white flight in the 60s. but they never taught those values to their children. Which is why some people you just cannot reach, So you get what we had here last week which is the way they want it so they get it we don't like it any more than they do!

Totally predictable. It's located in a Blackhole.

That bar is a white biker trash bar.

Your city. Your crime. Your problem

Defund the black controlled city government and give the money to the police yeah!

Takisha Ford is a dumbass I wish she post where the rest of us do and f*** a bunch of superfan Dave.

^^^^^^^^^^ They are on Facebook where creeps like you can't post anonymous. Sad part is you all are missing the really good shit Super Dave says. I love his Goofus Lucas thing.

Close the bar before someone gets shot and dies.

My neighbor who is a KCPD Cop is fed up. She says the morale is SHIT and cops ain't gonna do jack-squat. I can't say I don't blame her or the Department. Let the ghettos take care of themselves.......

Calling it a job don't make it right, boss.

Two fat jigs, crying about some bullshit again! Nobody seriously gives a shit..