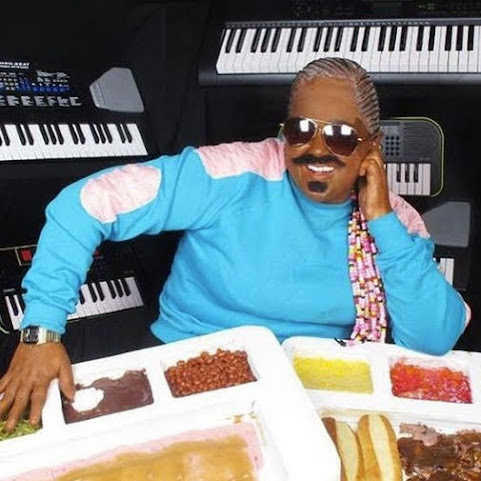 For those who don't know . . . At the outset of the Crossroads hipster revolution, Jaimie Warren was one of the most popular artists in the metro . . . She has since moved on to NYC but still visits occasionally and has earned a clap back from more recent artists.

Frontspace is calling out Warren's local legacy and the hipster establishment in the Crossroads along with the local creative class in general. Checkit:

"there are lots of things to be said about the arts scene in kansas city in the 2000s. mainly a lot of white people using colonial-esque language taking claim of building an arts community and environment that was (and is!) very... well, white. we’ve observed this generation of artists as being obsessed with “paving the way” when we know damn well that black people were the ones paving the way literally and figuratively of the arts and culture (and food) in this region. we want to remind everyone that many of these artists participated and/or endorsed harmful behavior. today we are focusing on @jaimiewarrenisyourfriend who has gained national recognition as an artist. we’re not sure what it is exactly about her (maybe the fact that a lot of her practice is focused on community engagement) but everyone seems to always hush up at the mention of her past racist work. jaimie’s instagram is inundated with #blm content right now. one would hope that with her outward support of this movement would also come a public apology and outline of future actions to ensure accountability on her part. these images are just a couple of the ones that we have seen in the past in which jaimie is depicted in #blackface 🚫"

In regard to another controversial photo with stereotypical overtones. Frontspace calls out to major local artsy institutions:

"it baffles us that jaimie was allowed to make this work on the #kcai campus— if i remember correctly students were encouraged to participate. the work was later shown at the @hrblockartspace and jaimie has invite invited to speak to kcai (Kansas City Art Institute) students several times in the years following."

For what it's worth, that artsy photo exhibit debuted not so long ago and this kind of hipster irreverence was questionable back then . . . And now it runs counter to the progressive movement and current local, middle-class, white, artsy BLM bandwagon.

I'm also offended that these nimrods sell anything to rich a-holes.

The whole whoop dee doo scam was always a ripoff of people with far too much money and no class.

^^you're boring. Please go find out something better to do. You're life is wasting away.

Jaimie Warren did the smart thing getting the fuck out of this shit hole.

The BLM screed sounds like something a jilted Lesbian would write.

^and you are a pathetic loser.

^^and yet he he triggered you didn't he? Talk about a wasted life. Try again CHUD.

Oh Chimpy. Did you think your new word would be a real comeback? You don't even know what it means. And you still talk about yourself in third person as if it's not you.

But then, you're a chimp! Lol

^^and you're his biggest fan. Weird.

Yet Kimmel says nigger and no one calls him out for it. Weird

^^because he's funny and matters. Conservatives are Nazi's and they don't matter. Savvy Chump?

Joke of the day, " Kimmel is Funny " Only to the homo crowd. Can't say anyone I personally know would find him funny. Now dat is funny. Weird

"Lend Me A Tenor" by Ken Ludwig.