A favorite from the comments and friend of the blog shares insight, perspective and info on the current global fight over street names, landmarks, and history amid racially charged protests across the world.

Johnson County Kansas by some is the richest county in the state of Kansas and, home to Mission Hills and what some call the Golden Ghetto AKA Prairie Village, Overland Park Blue Valley and so forth. Recently a number of the good citizens of the Metro Kansas City area are all pushing to rename landmarks named after developer Jesse Clyde "J. C." Nichols. As some know and some might not, but Mr. Nichols was born and raised in Olathe Kansas on a farm where he grew up not at all being silver spoon fed but later became a very successful developer through his hard work and visions. I’ll go on record here and say that while Mr. Nichols is being labeled a racist, there’s one thing you can say about him and that is he never owned any slaves.

What I find it very interesting, is how a number of people while holding onto their lily white roots of Johnson County Kansas bragging about living in Johnson County, live in a county that was named after a person who indeed was in fact a slave owner. 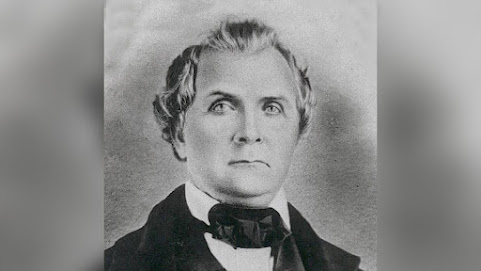 Yes, Johnson County is named after the Rev. Thomas Johnson. Rev. Johnson who was a member of the Methodist Church was appointed to locate in the eastern part of the state of Kansas in the early 1830s. So the Rev. Johnson packed up his belongings and his slaves and move to what is now known as Turner, Kansas before relocating in what is now known as the Shawnee Indian Mission. There is documentation of Rev. Johnson buying slaves up until 1856. While the details are sketchy it’s probably safe to say portions of the Shawnee Indian Mission could have been built with slave labor.

Will we see a protest next for the demand of the Shawnee Indian Mission to be torn down and removed and a demand placed on the Johnson County Commissioners to change the name of the county that was named after a bona fide slave owner?

How about we just leave history alone, leave Mr. Nichols name alone and get on with what’s really important in life and not the names of statues and streets that have no impact whatsoever on the current social behaviors of today. Mayors of our towns and the government of our counties need to focus on today and tomorrow and get off this idiotic campaign of trying to turn the past into something it isn’t  . . . Twisting (history) just to meet the satisfaction of a couple hundred people. 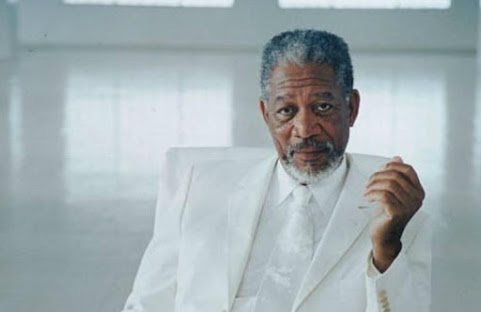 As Morgan Freeman has said, “The way to get rid of racism was to “stop talking about it. As long as you feel like a victim, you are one. If you wake up and the snow is knee-deep outside, you are not filled with rage. It’s just something that you’ve got to cope with. If you’re living in a situation it’s the only situation that you know, and you’ve got to deal with it.”

Joco hipsters won't protest in their parents neighborhoods or they'll get kicked out of the basement. Instead they have to go slumming in KCMO so they can exert their authority over neighbors and not in their own back yard.

Did not know that Johnson County was named for a slave owner. That's where Steve Kraske lives. Will he be starting a movement to change the name of his own community?

^^^ Don't hold your breath waiting for it, doofus.

Holy Shit is this for real? I sure didn't know this about that Indian museum. Slave owners in JOCO land, sorry you all but I find that funny as hell. No wonder they'd rather not talk about it. This makes Nichols look like a saint.

BLV school system needs to whip those kids back up to protests, then and get black bob changed while they are at it.

I am still safe in the bunker, MAGATS. Further instruction pending. Stand by...

So who has the Johnson family album to see where Thomas was born?

What would Byron do ?

8:17 he was born in Virginia another site claims. Isn't that where Byron likes hiding in.

Will that make you happy Stupor Dave? I thought you hated negroes. Are you still moping since Chuck died? Well, don't worry, you'll get there soon enough! Not soon enough for me but soon enough.

I think anyone who owned slaves back in the day deserves a pass. We sure can’t get them to do any work now.

Golly gee Rufus we need ta re write history and all cuse we offended or we gonna throw a fit and burn something down.

How much did a slave cost back then? Couldn’t have been too much.

Trump's father was one of seven robed KKK members arrested for assaulting a Police Officer in New York City on May 30, 1927, as documented in NYPD records.

Yet this is never mentioned, although the far right wing of the GOP constantly tries to smear the present Democratic Party is vilified as being the same Party that supported the KKK immediately after the Civil War.

Selective vilification is nothing new, history shows the total reversal of political alignments starting with the Republican change from "populism" to support of the Wealthy Class in 1888-1920, and the Democratic movement to "populism" as a basis in 1929-32.

The divisiveness that Trump advocates shows that the welfare of the common people is still far from the list of GOP concerns. And all the Tax cuts for the Wealthy and revision of the methodology in the calculation of Unemployment Rates won't really change reality at all, one Political Party cares about you, and the other cares about the Rich! Period!.

Trump was a Democrat or political independent most of his life. He officially switched to the Republican party shorty before his presidential run. His father was probably not a Republican either.

Yes, but did he ever use the N WORD ? Or wear black face like most of the liberal actors that condemn it ?

That's because no gives a shit about black lives beyond virtue signaling because blacks kill each other at astronomical rates...it's their culture.

9:46 p.m. -Maybe it is never mentioned because it never happened.

Ahhhhhh poor fool at 8:40. History and truth makes their head hurt and that along with their limited wisdom only allows them to hate those who are actually smarter than them. Suck it up buttercup, we all see you for what you are. Appears 9:46 is related to you or is you. Lies and hate is all you know as you'll never ever be one of the cool ass dudes.

Chuck is alive and doing well and he sends his regards. He said he really does take pity believe it or not on the clueless and stupid ones who walk this earth.

Chuck is dead, Byron told us all. He knows all. Ask him. even more than the Diaper squad f'tard. Weird

Byron would fake a disability so he would a) be a worthless slave and, b) be able to steal disability welfare, which he happens to have already done.

Byron doesn’t know shit. He knows how to lie, cheat, and steal, and that’s about the extent of his skills.

9:46, you need to move that tin foil hat a bit to the left. Some space rays are getting through.


"The way to get rid of racism is to not talk about it."

And how convenient for the white folk.

^^^^Ummm you idiot, a black man more famous than your stupid ass ever will be said it.