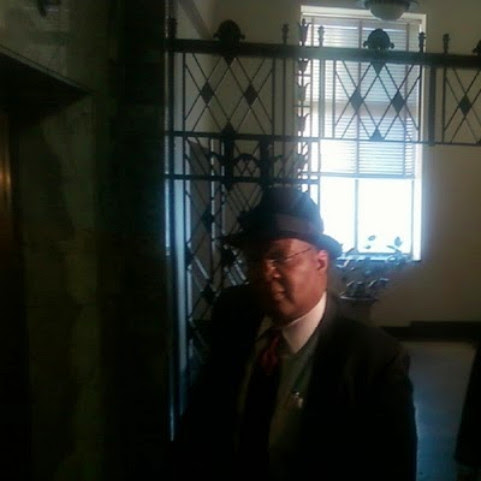 The push for local control is a more complicated policy effort than most protesters and activists realize.

Accordingly, we found this gem hidden in a far too wordy blog post that opines on the political calculations of the crackdown advocated by demonstrators and many urban leaders . . .

Here's the insider assessment that offers a more informed perspective than SJWs or keyboard warriors . . . Checkit:

Adams called Lucas “feckless” and “duplicitous” and said that while he was “a better option than Jolie (Justus), he’s no Kay Barnes or Emanuel Cleaver.”

Adams, former attorney for Freedom Inc., went on to say…

"Some people find the pandering to police offensive. He’s waffling on local control. The F.O.P. supported him because privately he is opposed or will not fight for it…He can’t be in both camps. Rank and file officers (who comprise the largest of two police unions) are the ones who abuse and brutalize; who harass and stop for driving while black; who use excessive force. It’s generally not commanders."

Lucas writes letters and makes speeches. Look at his record, he's ineffective when it comes to getting real legislation passed.

Q will play politics with the issue.

Most of the protesters probably don't even know what local control is.

If they don't get it this year, it might not ever happen. This is the best chance they have for it and the mayor will look hapless now that he signed on to the petition in public and held it up before a crowd of thousands of people.

I wonder how many of those protestors have (or intend to) register to vote?

Is this clown still alive?
Thought he'd been torn down with the old KCPS building where he did so much of his "good work".
You can tell when things are really getting serious when champion grifters like this turn up ready to intimidate the cowardly electeds in KCMO.
Young people cluelessly marching around demanding "change".
But people like Adams, the revs, usual suspects, and the rest of what passes for "leadership" in their on community NEVER changes.
Charity begins at home.

every other policed department in the nation has local control. To not have it in kc is a damn shame.

^^^ No, it’s not. You do not want the City Council in charge of KCPD. Look at Minneapolis, Chicago, Seattle... many other cities. Local control isn’t always a good idea. In our case, it’s a lousy idea. With grifters like Adams, they want it for whatever they can get out of it and the Council will give grifters stuff. The Board of Police Commissioners, not so much.

^^^
To keep electing the clueless clowns that KCMO does to city government year after year is the real shame.
The streets and sidewalks are in terrible shape.
The airport is headed for millions over budget.
The water department is a shambles with monthly bills over $100/month.
The pension system is grossly underfunded.
Councilmen are proposing $350 million for bike lanes.
And THESE are the people who you'd like to "manage" the police department?
Hahahahaha!!

Without local control of police, they are not accountable and the public has no say.

We deserve a vote on it.

The voters must make the final determination.

You may not have noticed but lately the public has had more than their share of say. The public will always have say, doesn't mean they know what they are talking about.

Cocaine Clinton imagines himself to be the voice of the black community without having been elected or appointed by anyone. OK to ignore him.

I got news for you. We vote on the Council and they are not accountable. If you think KCPD is going to be more accountable under Clowncil control, you’re sadly mistaken.

Clinton Adams is one of the biggest loser p.o.s. the black community has ever produced and believe me there’s thousands of them here.

Local control of police would return KC to Pendergast gangster politician corruption. If you want KC criminals in charge, bring local police control back. Pendergast all over again.

Pendergast and his gang may have been corrupt.
But at least they were competent.

Yes, we absolutely MUST have local POLITICAL control of the police department. Just look at the wonders it has done for places like Ferguson, Baltimore, New York, Detroit, and Minneapolis!!! Surely it would be an improvement over our current local citizen controlled Board of Police Commissioners, huh?!? I mean, really, what could possibly go wrong with local POLITICAL clontrol???

Feckless and duplicitous are about the nicest words you could use to describe the boy blunder.

Police Board surely collaborates with local leaders, while maintaining the theoretical power to avert malfeasance.

How well would the “Chaz” morons do if they didn’t steal the area they’re in, they ran off everybody that owns anything around there to begin with. If they had to start from scratch they would die within a week, they don’t even have money to buy food and water.

Clinton Adam's was disbarred for a while.

Local control is about controlling the money to direct to your cronies and to make the police your private hand of thugs to silence and harass ppl who do not agree with the woke narrative.

They aren’t going against law enforcement.