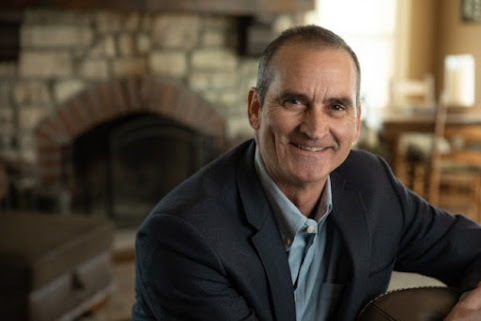 Mixing politics and biz can be increasingly tricky amid election season . . . And the staunch right-wing views of Republican Senate candidate are getting him in a bit of hot water.

Today, 810 sports radio call-ins confirmed the movement and just a bit of golden ghetto push back for this GOP Senate contender who seems to be modeling himself after Prez Trump.

To be fair, Bob & his team are pretty damn good plumbers according to most of the JoCo residents we've spoken with . . . So we'll keep watching this effort to see if it gains momentum among people who need Summer help with clogged pipes & sup-pumps moreso than political rhetoric.

They weren’t doing business with him anyway and besides he doesn’t need or want their money. .

Of course
Heaven forbid a democrat actually just tried to defend their own positions. To them it’s easier to ruin someone than prove your own ideas are worthwhile

Your a fucking liberal hack.. bob is the best

First of all, it's "you're" and secondly. I support Kris Kobach. He is the only REAL conservative in this election. Run, Kris, Run!

Too bad it works. They already chased Bob's plumbing off Twitter and have basically shut down his advertisements on Facebook.

Funny how a citizen that trys to break into the establishment that still has the representative spirit and likely a more open mind and door policy is vilified by half the populist. Reminds of another citizen that wants to listen and represent but gets nothing but negitive feedback and support from.the people around him presumably elected to negotiate with him in our best intrest.

Bob sold the whole business a few years ago anyway.


You democrats are so dirty. You have no thoughts of your own and you love division. But when Sharice Davids says she hates you through a t shirt spewing hatred you people vote for her. Unbelievable how you people think or don't think.

The Johnson county Kansas loser's voted shanice David's in. She is a cumt. You get what you vote for.

A TALE OF TWO TOILETS

Progressives in JOCO can listen to Adam Hamilton preach about the need for inclusive and diverse toilets in an overflowing sermon.

Conservatives in JOCO can call Bob Hamilton to actually get the job done and get things flowing properly again.

You crybaby's can call it cancel culture all you want, I call it having the right to associate freely just like bob himself. Maybe you cuntservative jackass bible thumper psychos and should try studying that constitution you all love to wrap
yourself in. Not that I expect the racist traitorous Dixie boys to know a damn thing about the constitution.

Nate Bukaty and Fesco made special efforts to obtain a negative tape recording of Mizzou's first black President Elson Floyd's wife and played it continuously on 810 until Floyd resigned.

They laughed and cackled every time they played the tape on 810 KCMO until President Floyd resigned.

He has 12 kids, he is a fucking moron and a pervert..."your wife is hot" billboard

Hopefully that Bob will Win ! Azzholes that hates are douchebag homosexual agenda tranny's that hates Americans !!

11:32 are you talking about the taped conversation of the dudes wife calling white people crackers?

Glad they fired them for their racist ways.

Bob has ZERO chance of winning the Republican primary and anyone who would select a plumbing company based on someone's ideology really needs to find a good psychiatrist.
Please don't use the same criteria!

According to Hamilton in one of his ads, he sold the Company.

Many plumbers and other repair people are Republicans. These snowflake liberals better go to their safe space because the only thing they can fix is an overpriced latte.

11:09 wrote his whiny alcohol-fueled diatribe from the basement of his parents Johnson County home.

We'll see how licking Trump's boots works out for Bob after it's broken that our pile of shit POTUS is trying to work Russia back into the G-7 and playing all lovey dovey with Putin while they put bounties on our service men in Afghanistan.

Bob Hamilton does not own the plumbing company that uses his name. He sold it for millions in profit, good for him. I would not vote for Bob as a life long republican and here are my reasons and they apply to any candidate: First, Where do you get your experience? Run first for local office in a city or even the State legislature so you don't have to learn on the job in Washington DC. Second, Have a plan and it can't be "I don't like this guy or that guy". Third, Who is supporting you financially? I hope it isn't the democrats or a PAC. Earn your chops and build a local donor base, you'll be working for the people here at home. Fourth, Get your message out, be concise, be honest, be positive, be smart, don't have skeletons in your closet. Fifth, What are your moral and ethical stands on some issues and don't waver from them. That is how I chose a candidate.
I will be voting for Roger Marshall and I hope you'll join me.

If you listen to all the Republican candidates, the one who sounds like the best decision-maker on the radio is Dave Lindstrom, the former Chiefs player. But I don't see any TV ads for him, so he must not have the same funds as the others. That's too bad.

What's wrong with his positions,,,he's not changing any of em via Kansas office,our entire society is ran by satanic pedofiles.


That's some great news right there, about Bob Hamilton...