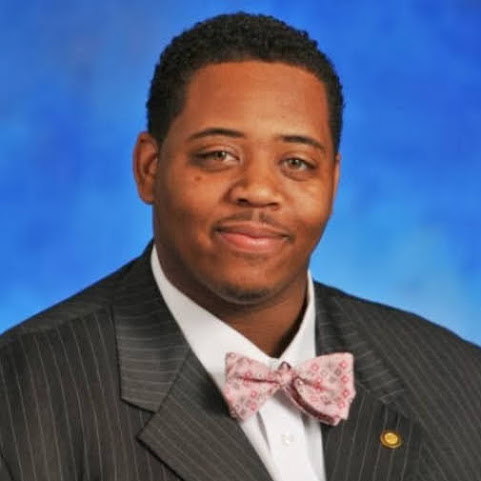 A few clippings for perspective on social media discourse and how news stories originate . . .

"After six nights of protesting now, nearly 200 people have been arrested for protest-related charges. One of them was Tarence Maddox.

“Those officers, paid to protect and serve, slammed me on the pavement, while using hostile and aggressive language during the arrest,” the former Unified Government commissioner said. “Since the arrest, my life has significantly changed.”

Maddox’s controversial arrest was captured on video, which shows Kansas City police arresting him and pepper spraying the crowd. The video has been viewed thousands of times.

“While voicing my frustration with the current struggle of policing, I was maliciously arrested by the Kansas City, Missouri, Police Department,” Maddox said.

“During the arrest, I was met with hostile action by arresting officers. I was approached my multiple officers. Sprayed in my eyes with pepper spray, and then pulled from the crowd and dragged into the street.”

"A video making rounds on social media over the weekend showed Maddox yelling at KCPD officers near the Country Club Plaza, then being arrested and pepper sprayed.

"The crowd was also pepper sprayed while trying to stop the arrest, many claiming Maddox did not do anything wrong."

Another interesting local conflict from not so long ago that locals may have forgotten but also deserves #TBT mention for context . . .

Sorry dude, your blackness ain’t getting you outta this, you fucked up, “be a grown ass man” take your punishment and move on.

by the way, your dumbass got a bunch of people pepper sprayed, did you apologize to them for your stupidity?

Cry me a river.

But his blackness will probably get him out of it. Democrats need the votes.


must have slammed him pretty hard he's lost his senses about him....oh wait, same dumbass as before!

When people like Maddox are showing up for their fifteen seconds of fame we may thankfully getting to the bottom of the "celebrity" barrel.
And about the recommendations about defunding the police and forming "neighborhood security" teams.
A good place to start would be in Brookside.
Come on SJWs.
Be the CHANGE you're looking for!

^^^ no no no, people in brookside don’t change, everybody else is has to conform to what they want you silly goose!

You make a good point. Any neighborhood association that can pull 200 property owners to a meeting is going to get what they want.

Sure as hell NOT Biden said...

If the protesters move out of the commercial areas into residential, where homeowners, husbands, fathers and mothers feel the need to protect family and friends, they will bloody well find out why all the guns are being sold. Try to get range time right now. Hard to do. Wish Frontier Justice would come North of the river.

^^^ there’s a gun range in claycomo, pretty nice one too.