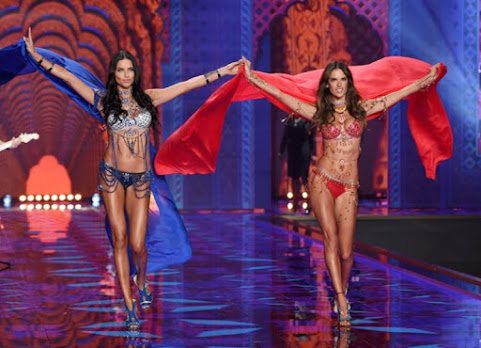 Tonight we celebrate our two favorite ground-breaking Latina lingerie hotties of all time and take a walk through local headlines in order to garner a better look at pop culture, community news and important headlines amid the late night news cycle . . .

Officials with Kansas City's Community Blood Center are in desperate need of blood donations."We're honestly at a loss for words right now," said Chelsey Smith with the CBC. "Our blood supply remains at the lowest levels it's ever been at."

OVERLAND PARK, KS (KCTV) - Police are investigating a shooting Tuesday afternoon. Overland Park police were called to the 6700 block of W. 83rd Street for a shooting call. When they arrived at the location, they located one person that had been shot. Police said they have non-life-threatening injuries.


Graham: Every black man in America 'feels threatened' when stopped by cops

Sen. Lindsey Graham kicked off a Senate hearing Tuesday on police brutality by contrasting his experience with police with that of his fellow South Carolina senate colleague Tim Scott to illustrate the problem with policing today and making a case for federal reform legislation.

Angels Falter Across The Pond

Victoria's Secret's U.K. arm has collapsed into administration - the latest victim of shoppers staying at home because of the coronavirus lockdown and fierce competition from online rivals. Deloitte has been appointed administrator to renegotiate lease terms in an attempt to save the business, owner L Brands and Deloitte said on Friday.

In a Rose Garden event, Trump signed a modest police reform executive order but then made a call for defending police and imposing law and order the centerpiece of his appearance, even as the Senate struggles to agree on reform legislation.

Beijing is reintroducing strict lockdown measures and conducting mass testing of residents after a fresh cluster of COVID-19 cases emerged in one of its largest wholesale food markets. The Chinese capital went into what state media calls "wartime mode" after 106 new cases were reported around the Xinfadi wholesale food market in Beijing's southwestern Fengtai District.

NBC is making it 2006 again, through science or magic: " 30 Rock" is returning to the Peacock next month for a new, original remotely-produced event that will also double as an upfront special for the NBCUniversal properties. The special, which will air Thursday, July 16 at 8 p.m.


How the Royals Hijacked the Undrafted Free Agent Market

Last week's MLB draft opened the doors to an unusual wave of player acquisition. The draft was the shortest in history-five rounds, instead of its usual 40-thanks to an agreement finalized last month as owners sought to cut costs amid the coronavirus.

KANSAS CITY, MO - The 41 Action News Digital Day of Giving on Monday raised $70,320 for the Harvesters Community Food Network, prompting an appreciative "wow" from Director of Communications Sarah Biles. "It means a lot because, for every dollar donated, we can provide free meals," she said."

Despite the COVID-19 pandemic's economic effect on local breweries, the Kansas City beer scene has been bursting with activity the past few weeks. Breweries across the area (and beyond) are featuring new beer releases, and hosting events. Although things aren't completely back to normal, taprooms and beer patios are slowly gaining a socially distant glow just in time for Saturday's summer solstice.