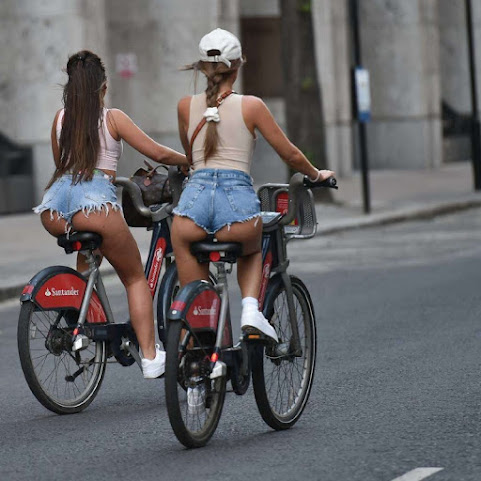 A cheeky collection of community news, pop culture and info from across the nation and around the globe . . .

Like a sleeping giant after a two-month slumber, Kansas City craft brewers are slowly emerging from the pandemic shutdown. One sign of life is Nimble Brewing -1735 Oak St., Kansas City, Missouri - a new brewery in the Crossroads.


I'm black and a Plaza business owner - in that order; why a Main Street entrepreneur joined KC's protests

Isaac Collins is exhausted, but he can't sleep. His wife and mother are both worried about the 31-year-old community entrepreneur whose business is just blocks away from the scene of late-night mayhem and unrest following peaceful protests on Kansas City's Country Club Plaza. But it isn't rioters and looters that have Collins on edge, he said.

Cash To Protect The Dotte

by: FOX 4 Newsroom Posted: / Updated: KANSAS CITY, Kan. - The U.S. attorney for the District of Kansas has announced the state recipients of a massive federal grant program for hiring new officers, and Kansas City, Kansas police are the big winners.

Another major area hotel is laying off, furloughing or reducing the hours of its employees as the COVID-19 pandemic continues to wreak havoc on the tourism and hospitality industries. On Monday, the Sheraton Overland Park Hotel notified the Kansas Commerce Department and Overland Park Mayor Carl Gerlach that it had instituted temporary furloughs, layoffs and reductions in hours for 151 employees.

They both rose to fame when they went looking for romance in the Love Island villa. And Georgia Steel and Elma Pazar looked in good spirits as they enjoyed the sunshine while on a bike ride in London on Sunday.

WASHINGTON -- In the past 24 hours, President Donald Trump has made two visits to Christian religious sites. On Monday, Trump visited an historic church near the White House, and on Tuesday he laid a wreath at a shrine in honor of Saint Pope John Paul II.

There may still be five months until Election Day but polling shows that former Vice President Joe Biden is already performing better in key swing states than Hillary Clinton did in 2016-a troubling sign for President Donald Trump's reelection effort.

Mark Zuckerberg is standing by his decision to allow Donald Trump to threaten violence against George Floyd protesters on the platform despite harsh criticism from civil rights leaders and public dissent from his own employees, including a public resignation.

Democratic leaders in Congress inveighed Tuesday against what they described as a push by President Trump to use the U.S. military for cracking down on nationwide protests triggered by the death in Minneapolis last week of George Floyd while in police custody.


Four Different Stores Opened in Waldo During The Pandemic, Each Had Their Own Success Story - In Kansas City

Sponsored content: Waldo shop owners are a tight-knit bunch-a resilient community of small boutique businesses, stores, and restaurants. When the pandemic hit in March, several new shops were just getting ready to open. Others had to quickly pivot and shift their business model. Either way, we found some retail success stories even in the midst...


Will open seats be familiar sight in sports as virus fades?

by: AP Wire Posted: / Updated: LAWRENCE, Kan. - Empty seats have been the norm the past few years at the University of Kansas, where a succession of football coaches has failed to turn around the flailing fortunes of the Jayhawks.

It will be warm and humid Wednesday and Thursday with a high near 90 degrees.

Even the threat of the military seems like it has scaled back protests. Sorry, sometimes the Trumpser is correct.

Everyone except Der Fuhrer knows he can't do that.

Eventually he'll give an order that the military cannot bring itself to obey, then we'll have a constitutional crises.

I know the military will choose The Constitution.

^^^ the constitution respects the authority of the commander in chief. You're a bum Byron and you don't know what you're talking about. Again.

Byron, you are an idiot. Of course, he can call out the military.
Watch him do it. And his guns are a lot bigger than your guns.
Might makes right.

Byron got kicked out of the military. He and his wife are a con team. Don't worry Byron , you get our money at midnight. Prove me wrong you slime bag piece of shit. He can't and won't. The VFW, Foreign Legion etc in his town knows all about him and he would never dare step foot in them.

Byron
He can nationalize the states guard
Whether he does or not remains to be seen
But what we are seeing is results of democrat party governance in cities and states run top to bottom by democrats. The people in those cities are the result of years of being told that everybody else is against them, so they act out as we see
Now we hear from people saying that the whole country is to blame for democrats burning their cities down
Not me. I feel zero guilt for anything happens in New York or Chicago or Kansas City
You and your party created this monster, so don’t blame me when your creation blows a gasket

Has Trump emerged from the bunker tonight? Are the lights at the a White House turned off again? Where’s Donnie hiding tonight?

I’ve come to the conclusion that bLIEron and his crazy conspiracies and lies are being paid for by George soros, it makes sense, nobody would come here daily and spread lies that have been easily debunked. At some point you’d think he'd have a come to Jesus moment and realize that he sold his soul to a crazy senile old man. Man up and get your self respect back.

bLIEron, you’re just a bitter old man that’s fading off into the sunset, your best days never happened. Do something good for a change so at least on your death bed you can think about the one good thing you did before you die but you better hurry, your days are numbered.

Seriously, has anybody seen them?

Rapey joe obiden has only came up for air twice in 80 days, that’s 80 days people. Where’s he gonna hide if by some miracle he becomes prez?

@9:15 it's a proven fact that the crazy Right Wing Conspiracy Theories come out of the Cato Institute and the rest of the spectrum of anti-Government organizations set up by the Koch Family.
Their long history of anti-Government theories stems from the John Birch Society, founded by the present Koch Brother's father, Fred.

They struggle to keep their activities out of the public eye, but their efforts since the 1950s have all been aimed at keeping the US Government weakened and unable to regulate their activities, whether it be stealing Oil from Native American Reservation Lands (the foundation of their fortune) to Union Busting, to vengeance against former employees, up to and probably including fatal "accidents".

All this is disguised by their repeated advocacy of the label "Libertarian", while at the same time acting in direct contravention to the principles of Libertarianism.

That is where the real wealth and funding in current American Politics comes from, and they apparently are now actively campaigning to try to promote their flunky, Pompeo as a viable Presidential Candidate. Compared to the Kochs, Soros is a piker.

Get out your hawaiian shirts you fatassed Boogaloo Boyz so you can stand around and act like you're gonna do something tough!


To the black pizza business owner. You are scum and not a protester but a racist rioter and I will make sure to tell white people about you. Thanks for the info that you are basically saying you don't want white people in your place. I will be sure to pass that on. Hope to see you close down SOON! You have no right to do well after what you have done.

Nah CHUD, he just doesn’t want good-for-nothing geezers like you there! Hell, nobody does!

You'd think the black pizza shop owner would be far more determined to stop the black-on-black crime that is far more prevalent. Maybe he's scared that the black criminals would come after him if he tried to stop that. Protesting on the Plaza is likely far safer.

^^ Edit that to Yogurtini shop owner

Those are some cute buns on bicycle seats in London but they do not appear to be social distancing.

Two Corinthians walk into a bar... One of the best bits of the newest testament. A favorite quoted by many.

Meanwhile, if you stopped watching Fox and saw a real news report, you would have seen Biden in churches making several statements about the protests and unrest. He doesn't stage phony photo ops holding a hotel bible. Biden is going to the funeral to pray with the community.

Trump, after his short walk through the tear gas and carnage, saw his wide shadow and retreated back to his bunker. 6 more months of autocracy.