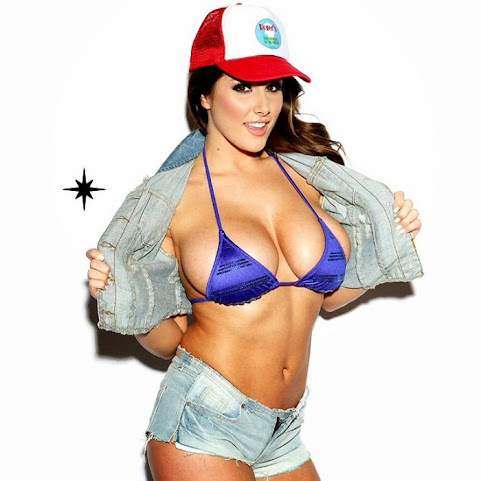 Just for old time's sake we celebrate Lucy's body of work that inspires us to keep up with today's pop culture headlines, community news and info from across the nation and around the world . . .

OVERLAND PARK, Kan. - The city of Overland Park announced Tuesday that their Star Spangled Spectacular fireworks show will not be held on July 4 as originally planned. The annual event at Corporate Woods Founders' Park was scheduled to be a fireworks-only celebration. The city said guests were encouraged to remain distant at the park [...]

LENEXA, KS (KCTV) - People are socially distancing, wash their hands and wearing masks, in an effort to protect themselves against COVID-19, but is it possible to also clean the air they breathe? Lenexa-based Synexis says it's found a way to "scrub the air" of all kinds of viruses, and several area restaurants are already putting it to the test.


Who is Lucy Pinder?

The White House has apparently known of possible Russian bounties on Americans in Afghanistan since early 2019, pushing the timeline back a full year earlier than when the administration was initially thought to have learned of the intelligence. The shocking findings that a Russian military intelligence agency offered rewards to Taliban-linked militants for attacks on U.S.

In Defense Off The Prez


Rep. Kinzinger explains why question of Trump being briefed on Russia bounty intel is 'irrelevant'

Rep. Adam Kinzinger, R-Ill., told Fox News Radio Tuesday that it is unlikely President Trump was briefed on intelligence that Russia secretly offered bounties to Taliban-linked militants for killing American troops in Afghanistan due to the information's unverified nature. "I don't think the president was briefed," Kinzinger told "The Brian Kilmeade Show."

Pandemic Out Of Control

The U.S. is "not in total control" of the coronavirus pandemic and daily new cases could surpassed 100,000 new infections per day at some point, White House health adviser Dr. Anthony Fauci said Tuesday.


This is the moment to be ambitious - PM

Boris Johnson has said now is the time to be "ambitious" about the UK's future, as he set out a post-coronavirus recovery plan. The PM vowed to "use this moment" to fix longstanding economic problems and promised a £5bn "new deal" to build homes and infrastructure.

A movie filmed in the Kansas City area is about to hit the big screen. The horror film "I Am Lisa" premieres Thursday at the Boulevard Drive-In Theatre.The movie was filmed with a mostly local cast and crew. At a time when there's not much new being released, the director said he is anxious to get it before an audience.

The global pandemic didn't create Kansas City's food insecurity challenges, said Jon Taylor, but COVID-19's impact did expose how quickly the line can be blurred or even erased for those looking for their next meal.

Hide Transcript Show Transcript PER HOUR. YOU CAN SEE THE CAMERA MOVING IN THE BREEZE. TEMPERATURES WILL STAY IN THE 80'S OVER THE NEXT COUPLE OF HOURS. THIS IS FOR NORTHWESTERN MISSOURI, NORTHEASTERN KANSAS. I WANT TO GIVE YOU THE FIRST ALERT. THIS IS THE TREND FOR RAIN TO MOVE IN BEFORE DAWN.

that's waaaaaaaaaay more than a handful of links!