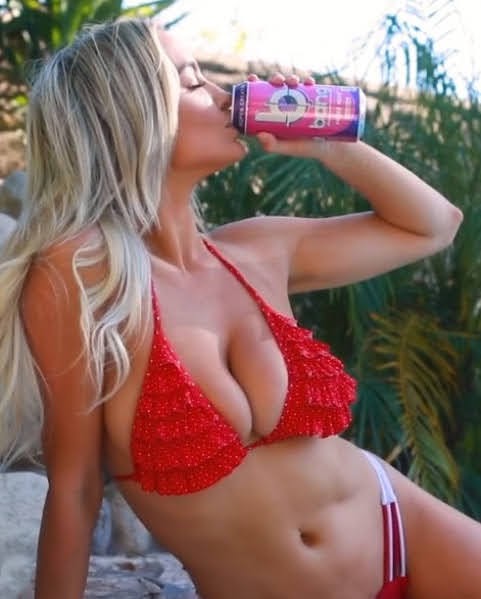 With respect to Lindsey and her promo goodness, we drink in a bevy of info regarding community news, pop culture and headlines from across the nation.

KANSAS CITY, MO (KCTV) - Across the country, people are demanding police reform at their local departments. That prompted the viral hashtag, "#8CAN'TWAIT." It highlights eight changes police departments can make to reduce violence by officers. That includes banning chokeholds and requiring police officers to give a verbal warning before shooting at a civilian.

Registered nurses at Research Medical Center and Menorah Medical Center are planning to protest together Wednesday to warn the public about reductions in safe staffing they're currently facing. Those joining together said that the reductions are putting patients in danger in major hospital areas, including critical care and COVID-19 care.

Authorities in Grandview, Missouri, are investigating an early morning house fire that killed one person.Grandview police said officers and fire crews responded to a structure fire in the 8200 block of East 135th Street around 5:30 a.m.While working the fire, firefighters found an elderly male, deceased, still inside the home.Police said the cause of this fire remains under investigation.There are no additional details available at this time.

Juice Is Loose In Detroit

CLOSE Ford Motor Co. plans to reveal the all-new Ford Bronco on July 9, which falls on the birthday of Orenthal James "O.J." Simpson. Simpson, a former football star, is known internationally for being in a white Ford Bronco that aired on live TV leading a massive police chase on June 17, 1994, after being charged with murder in the slayings of his ex-wife Nicole Brown Simpson and her friend Ronald Goldman.


Americans are the unhappiest they've been in 50 years, poll finds

ST. PETERSBURG, Fla. - Spoiler alert: 2020 has been rough on the American psyche. Folks in the U.S. are more unhappy today than they've been in nearly 50 years. This bold - yet unsurprising - conclusion comes from the COVID Response Tracking Study, conducted by NORC at the University of Chicago.

WASHINGTON - President Donald Trump signed an executive order on policing Tuesday amid increasing pressure and nationwide protests over the deaths of George Floyd, Breonna Taylor, Rayshard Brooks and other Black people at the hands of law enforcement officers.

Administration Strikes Back Against Beltway Tell-All

The Trump administration filed a lawsuit Tuesday against former national security adviser John Bolton, hoping to delay publication of his tell-all book, due to be released next week. "The United States is not seeking to censor any legitimate aspect" of the book manuscript, the Justice Department lawsuit said.

"CHAZ went from terrorist organization, to sovereign nation, to violent anarchists, to being robbed by crackheads, to begging for food from cops, to deserters & protestors IN 24 HOURS!" one user tweeted about Seattle's Capitol Hill Autonomous Zone, with a cry-laugh emoji.

Lindsey Pelas wowed her 9 million followers on Thursday, May 28, posting a video on her Instagram stories, showing off her "genetically gifted" assets in a top with a plunging neckline. The blond bombshell wore a white ensemble that featured a silver zippered neckline.


Is there a Bigfoot family living in the Ozarks? Leavenworth man claims to have proof

Breaking News Randy Harrington of Leavenworth, Kansas has been a Bigfoot 'enthusiast' for quite some time. It dates back to 2003 and what Harrington says was his first encounter. He's been on the search ever since. He's on a mission to not only capture imagery and footage of a Bigfoot in the wild, but to be the first to prove it really does exist.

At Viona's Italian Bistro in Overland Park, it's all about family."I would go and hug my customers and be so close to them," Benny Morina, owner of Viona's, said.After opening in February with weeks of booming business, the COVID-19 pandemic forced staff to quickly change their protocols."It's a different feeling that is for sure," Morina said.


Rain chances coming at the end of the week

FAIRWAY, KS (KCTV) - A trend that started in May is carrying over into June. What is supposed to be the wettest stretch of weather across the Kansas City area is turning out to be drier than normal this year.

Oj is a great example of the non violent black community. Great Post !

That must be quite a book. It's not out yet, and it's already a best seller.

When Lindsey started getting sleepy during the photoshoot and asked for some stimulation, every guy offered to give her a Bang!!!