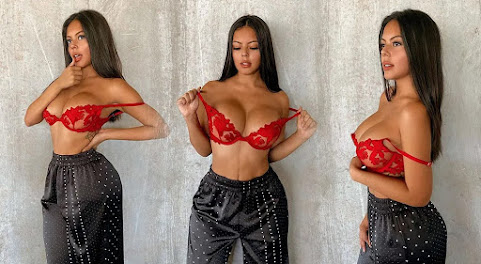 Hottie Nikky is an Instagram fashion diva who define the social media discourse, right now she inspires us to examine pop culture, community news and so much more . . .

KANSAS CITY, Mo. - Worlds of Fun is set to open on June 22, a little more than 10 weeks after the original opening date of April 10. The park has announced a slew of safety precautions and practices in the face of the coronavirus pandemic, which has cancelled large gatherings and killed more than 111,000 people across the U.S., according to Johns Hopkins University.

KANSAS CITY, Mo. - A locally owned Starbucks is the latest tenant to join Crown Center. The 2,216-square-foot store opened on June 4 and can be accessed from inside Crown Center and on Grand Boulevard. Starbucks is located on the first level of Crown Center near Burnt End BBQ.

KANSAS CITY, Mo. - Radio stations across the nation suspended regular programming this afternoon to pay tribute to George Floyd. Music and media are being used to unify and heal a country in pain. Spontaneous protests following the death of Floyd have become common in cities across the nation.

President Trump on Tuesday questioned the motives of the elderly protester who was shoved by Buffalo police officers last week and hospitalized after he hit his head in the resulting fall -- drawing severe backlash from both sides of the aisle.


Biden delivers address at George Floyd's funeral in Houston: 'We can't turn away'


How to talk about race right now

For much of America to wake up to the realities of systemic racism and police brutality, the context had to be extreme: the violence had to be prolonged - over 8 minutes of a black man suffering, a knee on his neck, saying he can't breathe.

Fashion Nova's Catching Vibes bikini has been making a splash on Instagram. Ever since Chloe Saxon donned the skimpy two-piece last month, other models have followed suit. Kelsie Jean Smeby, AJ and Monifa Jansen are among the bombshells to rock the £31.99 swimwear recently. So why is the two-piece so popular?

SCIENCE CITY IS COMING BACK TO LIFE. THIS WEEK IS PHASE ONE OF IT'S -- IT'S -- ITS REOPENING, SO WEDNESDAY THROUGH SUNDAY, UNION STATION MEMBERS ARE INVITED TO RESERVE A SPOT ONLINE.


Patrick Mahomes has become the NFL's most influential figure

In our latest edition of the Arrowhead Pride Editors Show , we discussed the article that led Tuesday's edition of Arrowheadlines, "The power of Patrick Mahomes saying 'Black Lives Matter.'" Mahomes was one of the many stars who participated in an effort to push awareness for the Black Lives Matter movement, which resulted in a video response from NFL commissioner Roger Goodell.


Summer camps open back up with new emphasis on health, safety

KANSAS CITY, MO (KCTV) -- Summer camps are opening back up with a new emphasis on health and safety. Some programs, like the YMCA, have sign-ups week-by-week. But many, like the Boys and Girls Clubs, have closed camp enrollment to keep groups as contained as possible to prevent the spread of COVID-19.

Hide Transcript Show Transcript CITY. HERE IS YOUR TIMELINE, USING FUTURESCAN. BETWEEN NOW AND ABOUT 8:00 IN THE EVENING, THAT WILL BE YOUR WINDOW FOR STORMS TO BEGIN TO DEVELOP. AS YOU SEE HERE, REALLY NOT TOO WIDESPREAD. KIND OF HIT-OR-MISS.