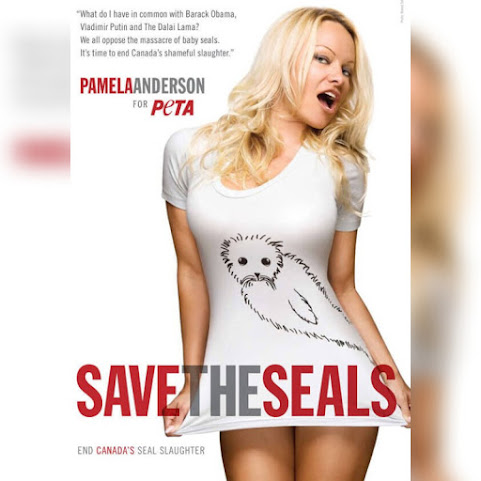 Hottie Pamela and her legacy of fashionista activism starts our morning as we check headlines from pop culture, community news along with info from across the nation and around the world.
Kansas City Newsie Shares Culture War Back Story

PERSPECTIVE: The conversation we need

KANSAS CITY, Mo. - (Editor's Note: The following personal perspective from a KSHB staff member is offered as part of a recent interview with Amanda Davis, director of Intake Services at Saint Luke's Hospital of Kansas City's Crittenton Children's Center, about talking to kids about race. You can read that interview here .

KANSAS CITY, Kan. - After COVID-19 slowed operations for several months, a KCK nonprofit that helps people get their GED is making a comeback in an even larger space. Made Men Inc. used to have a couple of small rooms inside the KVC building on 8th Street in KCK.

KANSAS CITY, Mo. - Members of the Overland Park Finance Committee discussed hazard pay for first responders for more than three hours on Wednesday night. During a virtual meeting that more than 60 community members attended, the committee explored, but made no decision on, three possible hazard pay options.

Tucked away in a corner of old downtown Overland Park is a 5,000-square-foot building dedicated to local artists. The nonprofit organization that calls this space home is the InterUrban ArtHouse, which was the brainchild of artist Nicole Emanuel.

FRENCH footballer Adil Rami used to have sex with Pamela Anderson TWELVE times a night, says one pal. The former AC Milan and Marseille defender, 34, had a two-year relationship with the Baywatch beauty before they split in 2019. Rami joined Russian club PFC Sochi from Fenerbahce in February and left last month amid a pay dispute.

John Bolton details a troubling and shocking series of allegations in a new book about his tenure as President Donald Trump's national security adviser, alleging Trump requested Chinese help to win the 2020 election, that the President argued Venezuela is part of the US, that he casually offered to intervene in the criminal justice system for foreign leaders and that his own senior officials mocked him behind his back.

Trump has a point about the polls

But some pollsters, especially the relatively few who conduct surveys in battleground states, are still grappling with the same problems that plagued those polls four years ago. In fact, most pollsters believe that, on balance, state polls are overstating the scale of Biden's advantage.

In the ever-expanding Cultural Revolution spurred on by the Black Lives Matter movement, Kellogg's cereal boxes have now been added to the list of supposedly racist symbols by a disgraced leftist former politician in the UK.

'Grave cause for concern': Hongkongers could be extradited to China under new security law

China's proposal to take charge of "serious" breaches of the new national security law in Hong Kong will sabotage the city's autonomy, its rule of law and freedoms and threaten its unique status as an Asian financial hub, analysts say.

'It's just way too much to take on': School systems struggle with the politics of reopening

Rules may need to vary even within school districts, said Roger Shapiro, an associate professor of immunology and infectious diseases at Harvard's school of public health. High school students may be more apt to wear masks and remain socially distant than younger children, he said, while younger kids may need alternate days to limit the number of students in a class.

Arcades have come a long way since we stood around pumping quarters into a Pac-Man machine, and Terry Keith and Eddie Reese think they know the next step in the arcade evolution: virtual reality. Keith and Reese are co-owners of the new VR arcade DoubleTap KC, located next to Strange Days Brewing Co.

Pam might be past her prime but the downward slide is being very kind to her.

12 times a night? That dude must be major OD'ing on Viagra.


This BLM crap needs to stop. They are black panthers under a new name and it's racist to say no one else's life matters which is what they are saying.

^^That's not what they're saying.

This "BLM crap" will stop when the police stop killing unarmed black men.

The police killing unarmed (but not un-dangerous) black men will stop when black males stop being violent sociopaths.

What I have learned recently is that BLM is a fraud. Not that anyone should value blacks less than anyone else but the black community is being used by the "BLM's". Black Live Matter is an organization not to promote equality, it is a fund raising tool. The funds given to the BLM organization go directly to another group (a 501 (c) 3 ) that funnels money directly to democrat organizations. It was formed under the Obama administration in 2013. Funds go to ACTBLUE which is a major donor to many people running for elected office. But at the same time as this was formed the Christian, conservative, and pro-life organizations were denied getting the 501(c)3 designation. Google it. In fact it wasn't until 2019 that the WinRed organization was allowed a 501(c)3 designation.
I've also learned that Bolton is as bad as Comey and Clinton and I am sure tried to blackmail Trump to support his crap instead of firing him.

@9:34, just now learned Bolton is deep State? He's been a war monger for the military industrial complex since the Bush era. He orchestrated the invasion of Iraq (for nothing, no gains, a people that don't want or understand freedom), promoted and manipulated the forever war in Afganistan (for people that don't want or understand freedom and haven't for millenia), tried his damndest to get us into Syria on the side of the same groups responsible for the Arab Spring shit (against a rather benevolent dictator who basically orchestrated peace in that volatile region). Maybe (big maybe) Trump will learn that these deep Staters march to their own tune and will not follow the policy direction of his administration, and actively seek to undermine him if he bucks their "guidance". Bolton is just the latest in deep staters trying to destroy the Trump administration. BTW Fauci and Brix are absolutely the same.

No story listed on TKC today about this just my observations. The KC (RED) Star is a rag with stories published on Thursday for things that happen on Tuesday, a full 48 hours behind, plus they don't even publish on Saturday anymore. BUT, the KCS can get stories published from the night before if it involves BLM, pillaging and looting and burning and changing the names of memorials, police interventions, etc. The Editorial board is against all the things being done right or wrong just always against things including the continuing drivel of T Porter and M Hennenberger. In addition a "reporter" today in the KCS has an article about Kansas City Community Bail Fund. This wonderful organization is doing so much good for so many people BUT they are not a registered 501(c)3 organization and operate as a bail bondsman, are they properly licensed, and if not why would the city/county refund bail to the organization? They get donations from the public with good intents BUT they don't publish who is running the place, who has donated and how much, where is KCCBF located, how much the two gals take as pay from the till, how they account for bails paid and are returned get allocated, don't seem to have any substantiated accounting procedures, run around town to the jails and police stations handing out handfuls of cash. Are all bail bondsman organizations 501(c)3 organizations, why not if KCCBF is, or is trying to be. Sound ripe for fraud. But what could possibly go wrong?

8:56 Hey Byron when will your crap stop?

Q: Did you hear the one about the over-the-hill centerfold who opposed the hunting of seals?

A: After every one of her abortions, she went clubbing with friends!!!

The left hates dark money unless it's their dark money.

^^You're boring, it's nice outside. Go out for a change. Your life is passing you by.

^^^^Nice to hear from you again, Adolph. Satan let you use the internet today?

"Made Men Inc. used to have a couple of small rooms inside the KVC building on 8th Street in KCK." Is that corporation full of button men?

you can't "extradite" someone to a country THEY ALREADY LIVE IN