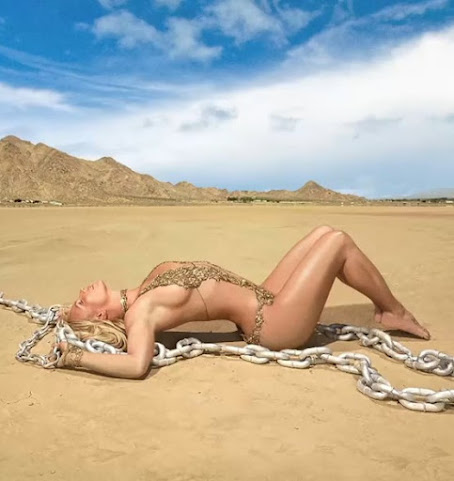 Longtime pop diva Brit is busy promoting her new work as we take a peek at pop culture, community news and info from across the nation and around the globe . . .

KANSAS CITY, Mo. - Truman Medical Center is one of the companies investing in a relatively new temperature-taking security camera. Bob Niekamp, owner of Electronics Supply Co., said the cameras, which the business started selling because of the coronavirus pandemic, can take body temperatures using facial recognition.

KANSAS CITY, Mo. -Crews reached a major milestone in the construction of a $15 million children's museum in south Kansas City Thursday. They celebrated the end of construction on the building in the Red Bridge Shopping Mall. Next, they need to finish up the inside and install ten new exhibits for kids to explore and [...]

Britney Spears chimed in late Monday on the current state of affairs in the country, after a weekend rife with protests both peaceful and not from coast to coast over the death of unarmed black man George Floyd one week ago.

Three now-former Minneapolis police officers had bails set at up to $1 million at their arraignment Thursday in court o n charges of aiding and abetting a fourth cop in the alleged murder of George Floyd, a black man whose Memorial Day death while in their custody has led to more than a week of protests nationwide over police brutality.


Protesters, ACLU sue over use of force at White House ahead of Trump's church visit

Several protesters and the American Civil Liberties Union filed a lawsuit Thursday challenging the federal use of force to disperse a peaceful protest in Washington, DC, ahead of President Donald Trump's photo-op at a local church.

Thousands of people in Hong Kong defiantly commemorated the Tiananmen Square massacre on Thursday, holding a vigil despite a police ban as the territory witnesses Beijing stamp out its freedoms in real time.

"The injustice that's evident to everyone right now needs to be addressed," Abraar Karan, a Brigham and Women's Hospital physician who's exhorted coronavirus experts to use their platforms to encourage the protests, told me.

KANSAS CITY, Mo. - Christians from across the metro area joined together Thursday at Mill Creek Park in a show of unity for justice in our society. These suburban and urban Christians said they want to eliminate racial injustice.


Above normal temps for your Friday

Hide Transcript Show Transcript 88 IN MARYVILLE. HOUR-BY-HO FORECAST, DROPPING TO 82 DEGREES. 10:00 NEWS TIME, 80 AND 79 BUT NO MENTION OF RAINFALL BY THAT TIME. FIRST ALER FUTURESCAN PICKS UP ON THE CHANCE WE WILL STAY MOSTLY DRY. SHOWERS START TO POP UP FROM NEBRASKA TO KANSAS.

Neither the judicial black robe nor the doctors' white coat confers wisdom. If you were a fool before you donned the robe or coat, you will still be a fool after you have put it on.