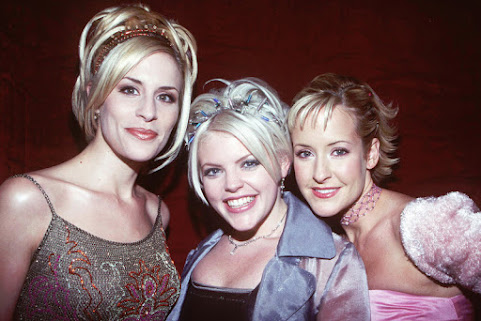 History is quickly changing in the midst of the ongoing pandemic and continued civil unrest . . . Accordingly, we're doing our best to keep up with this collection of pop culture, community news and info from across the nation and around the world . . .


'We're still behind them': Group rallies on steps of KCPD headquarters to show support

KANSAS CITY, Mo. - While there was big news on the City Hall steps involving the Kansas City Police Department, there was also support for the department just across the street. A group rallied around the department Thursday. Hymns and prayers were heard on the steps of Police Headquarters.


Local nonprofits team up to focus on free testing in one COVID-19 hotspot: KC's 3rd District

KANSAS CITY, Mo. - The coronavirus is nowhere near gone, and the increase in positive cases proves that. On Thursday, several organizations teamed up to provide free testing in one of Kansas City's COVID-19 hotspots.

Workers laid off because of the coronavirus pandemic may be eligible for a free semester of graduate school at the University of Missouri-Kansas City. The scholarship would pay for the fall semester of a graduate program within the Henry W. Bloch School of Management, according to a release from UMKC.


The Dixie Chicks have changed their name

The Dixie Chicks will now be called, the Chicks.

Aides insisted there would be no change in White House strategy to fight the pandemic, and no additional money or new resources given to states dealing with spikes in cases. "In only 3 percent of the counties across the country are we seeing an increase in cases," said a senior administration official.

Finance executives are now bracing for Joe Biden to potentially win the presidency as Donald Trump slides in national and swing-state polls. Various current and former Wall Street financiers, analysts, lobbyists, lawyers and political advisors with banking clients spoke to CNBC about how the industry is bracing for a possible Biden win.


US removes Saudi Arabia from list of worst human traffickers

The United States has removed key ally Saudi Arabia from its list of the worst offenders on human trafficking after just a year.

HONG KONG (Reuters) - Support for year-long pro-democracy protests in Hong Kong has slipped, now getting the backing of a slim majority, as the city braces for the imposition of Beijing-drafted national security legislation, a survey conducted for Reuters showed. Protests escalated last June over a since-withdrawn bill that would have allowed extraditions of defendants to mainland China.


Our Plan to Amplify Black Voices In the Local Restaurant Industry

Over the past few weeks, we've witnessed a major reckoning across the country following the police killing of George Floyd in Minneapolis, as protesters have taken to the streets and monuments have toppled.


Town Center Plaza to have drive-in concert series this summer

The show will go on at Town Center Plaza & Crossing.Town Center Plaza announced Thursday it will still have its free family-friendly concert series, but with a few modifications because of the COVID-19 outbreak.


What KC-based organizations should you donate to today?

Temperatures will only drop to the low 70s overnight. Things will quickly heat up Friday. Look for a high near 92 degrees.

Saudi Arabia - the Country responsible for murdering the largest number of American Citizens on American soil since the Confederate States, the largest financial supporter of Islamic Terrorist Organizations, and the largest market for African Slaves still in existence; has now been declared by the Trump Administration to be a "key ally" and has had their name removed from the United States' list of the "worst human traffickers"!

The night they drove ole Dixie down, but don’t worry......

The south’s gonna do it again!

But seriously people, the south only had two percent out of the 8% total of the slaves in the us, the rest were on the east coast.

The east coast has been blaming the south for over a century when in reality they had 3/4 of the slaves in the us. Blaming the south is the biggest lie ever told about slavery.

You really need to get some sleep. The "east coast" you're talking about includes Maryland, Virginia, North and South Carolina, Georgia and Florida. Well before the Civil War slavery had been outlawed in the north.

"The Chicks ' .. certainly not a derogatory term used against Women. In the end they will be the "the". Not to be confused with Prince the Tranny dopehead known as a symbol.