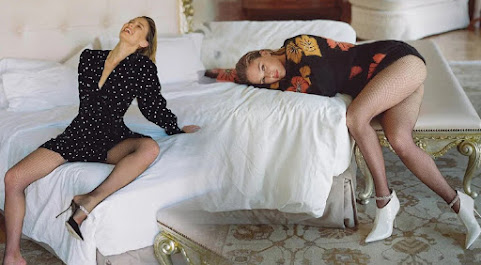 For our most dedicated denizens of the local news scene we check in with a familiar face and her fashion promo along with a rundown of headlines, community news and info from across the nation and around the world . . .

KANSAS CITY, Mo. - Throughout the COVID-19 pandemic, communities of color have being disproportionately impacted when it comes to federal money meant for small businesses. "I think the intent was admirable, but I do believe some of our businesses, again, micro enterprises, have been completely left out and it does not help us," Simone Curls, executive director of the Prospect Business Association, said.

All individuals on the University of Kansas campus, effective immediately, will be required to wear a face covering to slow the spread of the COVID-19 pandemic, KU Provost Barbara Bichelmeyer said Thursday. The KU policy office is in the process of drafting new personal safety requirements for the Lawrence campus and the Edwards Campus in [...]

Hide Transcript Show Transcript WHEN STUDENTS RETURN TO KANSAS AND MISSOURI'S LARGEST UNIVERSITIES THIS FALL, THEY'LL BE EXPECTED TO WEAR KU AND MU ARE MAKING A FACE COVERING MANDATORY. THE POLICY WILL LIKELY BE IN EFFECT FOR THE NEXT ACADEM YEAR.

Get ready to rock at The K!Def Leppard, Mötley Crüe, Poison and Joan Jett & the Blackhearts are coming to Kansas City in summer 2021.They'll perform at Kauffman Stadium on Aug 24, 2021. The Kansas City Royals announced the rescheduled date on Thursday.

JERUSALEM (AP) - Israeli top model Bar Refaeli signed a plea bargain agreement with authorities on Tuesday to settle a long-standing tax evasion case against her and her family. The deal will require Refaeli to serve nine months of community service while her mother, Zipi, will be sent to prison for 16 months.

The Justice Department is asking a federal judge for an emergency restraining order to block John Bolton's book from being released. Paula Reid has more from the White House, and Catherine Herridge joins CBSN with more on the classified declarations included in the filing.

Indians have called for a boycott on Chinese goods and the Indian government has pledged to block investment and increase tariffs for China in the aftermath of the deadly border clash in the Himalayas that left 20 Indian soldiers dead and 76 injured.

On a crisp winter day two years ago, Kim Jong Un's sister, Kim Yo Jong, took her first step to becoming the powerful politician her father thought she would be.

President Donald Trump on Thursday gave an interview to The Wall Street Journal in which he made a number of outlandish claims about the Chinese government, former national security adviser John Bolton, and even people who wear face masks. Here are some of the highlights from the president's latest interview: 1.)

KANSAS CITY, Mo. - There's a rumor going around that the coronavirus can go through N-95 masks, making the idea of wearing masks sound unhelpful. Dr. Darrin D'Agostino, executive dean of Kansas City University of Medicine and Biosciences, spoke with FOX4 about the myth, saying it's simply not true.

Kansas City transplant Shawn Cullen seems to be fulfilling his childhood dream of teaching by leading a group of 125 men in the Heartland Men's Chorus, KC's own ensemble of gay singers. The Chorus has been around for 35 years, and as of May, Cullen is the new Artistic Director and Conductor.

Hide Transcript Show Transcript GOING TO SET UP ONE OF THOSE PODS SO WE CAN AT LEAST COME AND LOOK AT THE BABY. WE HAVE A CLEAR SKY. 72 DEGREES. THE SOUTH WIND AT 10 MILES PER HOUR. 70 6% HUMIDITY. 70 IN LIBERTY. 71, GREENVIEW.

Katie is the hottest of all.

Trump says wearing a face mask (which Medical Experts recommend) is an attempt to "damage him politically"?

Think for a moment about the thought process that would come up with something like that.

8:22 PM Until the morning after, and the booze has worn off.

masks save lives, regardless of political affiliation.

But it is true that a lot of Dems wear the mask more often so they can feel like they're sticking it to Trump. He speaks the truth. So, in essence, Trump could be saving the lives of Democrats because they hate him so much.