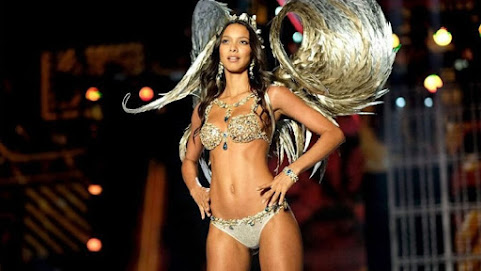 Tonight we're inspired by hottie Lais to collect this guide to pop culture, community news and news from across the nation and round the world . . .

Of the many arrests made during protests in Kansas City the weekend of May 30, one involved not a sign or a chant, but a trumpet. Jordan Geiger stepped off the sidewalk, into the street, to play Taps. He'd been on his way home from a gig when he witnessed the standoff between protestors and police.

KANSAS CITY, MO (KCTV) -- Hundreds of Kansas Citians clad in white shirts marched a roughly three-mile loop downtown on Sunday. The march was silent, but their message was loud and clear. "We're out here marching for the people who died wrongfully," Corey Smith told KCTV5 News.


Crews searching for man who disappeared while swimming in Shawnee

The Shawnee, Kansas Fire Department is searching a pond for a man who disappeared while fishing and swimming with friends Sunday.Shawnee Fire Marshall Corey Sands said fire crews were called to a pond or small lake in the 6300 block of Lind Road around 3:20 p.m.


Model Lais Ribeiro on Trading Jetsetting for Homeschooling During Coronavirus

The model is self-isolating in Los Angeles with her son, who has special needs, as well as her fiancé and several family members - and shares the unique challenges and joys of the situation Lais Ribeiro is used to living the model lifestyle - often jetsetting around the world for work.

atching the violent chaos night after night in the US, I keep thinking of what Benjamin Franklin said to the woman who asked him, as he emerged from the constitutional convention in 1787: "Well, Doctor, what have we got, a republic or a monarchy?" To which he famously replied: "A republic, if you can keep it."

If you look at the average of live interview polls released since last Sunday, Biden manages to eclipse 50% (51%). That is, he has a majority for now. This is a key milestone that shouldn't be undersold.

After a weekend of massive peaceful protests around the country, White House officials are currently deliberating a plan for President Donald Trump to address the nation this week on issues related to race and national unity, as Housing and Urban Development Secretary Ben Carson hinted in an interview with CNN on Sunday and a senior administration official said was under serious consideration.


Protests roll on against 'worldwide' racism

Demonstrators in Rome held their fists in the air and chanted "No Justice! No Peace!" on Sunday, while in London people defying official warnings not to gather lay down outside the U.S. Embassy as part of a rolling, global anti-racism movement.


Peaceful protests have been defining KC's reaction; this is what America should look like

Wednesday was fascinating. The sixth day of protests in Kansas City started out as bad as it possibly could. Across scanners came the most feared two words in a police officer's life....OFFICER DOWN. In an incident unrelated to the protests, an officer downtown was stabbed and rushed to the hospital in critical condition.

While the nation is gripped with protests over the death of an African American man in police custody, Kevin Willmott is also consumed with the racial tension of a different era: the Vietnam War. Black GIs, said the Lawrence-based filmmaker, "were fighting to give the Vietnamese rights that black soldiers didn't enjoy back home."

We live in a moment shaped by pandemic, economic calamity, protests against injustice, social distancing and now even curfews. If you’re feeling isolated, you’re not alone.


Monday will feel just like Sunday -- hot and humid

Hide Transcript Show Transcript INJURIES REPORTED AND THINGS ARE CERTAINLY LOOKING A LOT CALMER HERE NEVEL. JUST REALLY REALLY HOT OUT THERE. YEAH, IT IS. WE JUST JUMPED RIGHT INTO SUMMER. EMILY TEMPERATURES HANGING OUT NEAR 90 DEGREES VERY HUMID OUTSIDE.