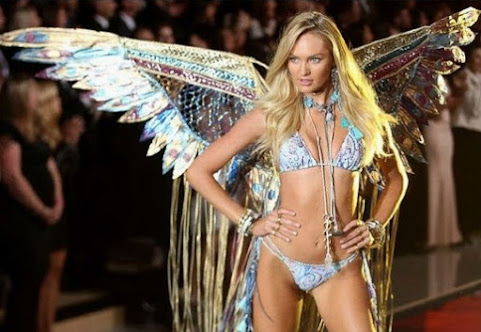 In this crazy world, our respect for Candice and her angelic body of work which serves as our inspiration to maintain our dedication to the local discourse and headlines from community, our nation and around the world . . .

The kickoff of the NFL season is fast approaching and its important to remember that the Kansas City Chiefs are the reigning Super Bowl champs. Led by an epic MVP performance from Patrick Mahomes, the Chiefs snapped a 50-year title drought and are favored to take home the Lombardi Trophy again.

PARKVILLE, Mo. - Protesters north of the Missouri River had their say on Sunday as a few hundred gathered at the 'Parkville March for Unity' calling for change. The peaceful protest brought people of all races together in front of the Parkville City Hall, while listening to several speakers then marching downtown to the city's farmers market.

ST. LOUIS (KMOV.com) -- The Episcopal Diocese of Missouri has a new leader and it's a choice that's making history. Reverend Deon K. Johnson was ordained Saturday as the 11th Episcopal Bishop of Missouri. He is the first black, openly-gay bishop in the diocese's 179-year history.


Alligator dies after being caught in trap near Kansas creek

by: AP Wire Posted: / Updated: MANHATTAN, Kan. - An alligator that was recently spotted near a Kansas creek has died after being caught in trap. The 5-foot alligator is believed to be one of two stolen from a pet store in the northeastern Kansas city of Manhattan earlier this month.

She has been dominating covers and catwalks since 2003. And Candice Swanepoel dominated the social sphere on Saturday when she shared snapshots from a recent swimsuit shoot with photographer Eduardo Bravin on Instagram. The 31-year-old Victoria's Secret Angele flaunted her fit figure in a gingham print two-piece by her personal swimwear line Tropic Of C.


Putin says Russia dealing with coronavirus better than US

French President Emmanuel Macron Emmanuel Jean-Michel Macron The Hill's Morning Report - Dems, GOP already headed in different directions on policing reforms Presidents and 'presidents' Trump postpones G-7, plans to invite Russia, other nations MORE said Sunday that France will not get rid of colonial-era statues as calls for their removal grow amid protests sparked by the death of George Floyd in the U.S.

Eric Trump shared collection of pictures to wish Trump a happy birthday Sunday His wife Lara Trump also took to Instagram to acknowledge his 74th birthday Ivanka Trump tweeted that her father's birthday fell on the same day as flag day As his children tweeted love, Florida celebrated with MAGA parades On Saturday a boat parade was held in Michigan in honor of president's birthday President Donald Trump's family has taken to social media to publicly wish him a happy 74th birthday following a parade of caravans and flotillas throughout his adopted home state of Florida.

Kansas City Faith Community Wants To Talk It Out

Cover photo: Pastor Darron Lamonte Edwards speaks at the Clergy Rally on June 3. Photo via video clip Channel 41. By Kathy Feist On Wednesday, June 3, about 75 faith ministers from the Kansas City metropolitan area had gathered at the south steps of the City Hall in Kansas city to make demands for reform within the police force following the death of George Floyd who died at the hands of Minnesota police officers on May 25.

Can We Agree On Veggies???

Kimberly Vincent's road to owning a business started with her own body. More than two years ago, Vincent's health issues left her unable to digest food. "I was sick. Doctors couldn't tell me what was wrong," Vincent says. "I told myself that I would take myself off of eating meat, dairy, bread and other foods.


Sunny and hot through Thursday

Hide Transcript Show Transcript ALL RIGHT PETE. NOT A BAD PUZZLE DAY. PETE: NOTHING REALLY PUZZLING ABOUT THE HEAT. WHAT WE'RE EXPECTING FOR MONTH OF JUNE. RAINFALL HAS BEEN TO THE EAST AND WEST. THUNDERSTORM ACTIVITY FOR ILLINOIS INTO SOUTHWEST INDIANA A LIGHT SHOWER OR TWO. THAT IS IT WIND SAYS ZERO.

I could list 5 reasons the Chiefs won't go back to Super Bowl but who really cares what the thugs and felons do.

^^ The only way that could possibly happen would be if you wrote "Candace" on your right palm, Clown!

We should demand a one eyed Transexual illegal alien cardinal, Perhaps the Pope should give his position to one ? since he pipes up about many items that are not his concern.