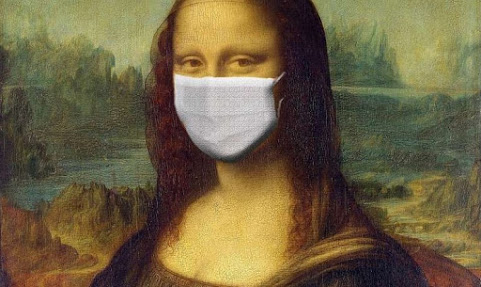 Tonight we share a glimpse at where Kansas City stands as the pandemic persists locally and across the nation . . .

According to the latest report:

BBC: Coronavirus - Is the pandemic getting worse in the US?

Axios: Schwarzenegger: Anyone who politicizes coronavirus masks is "an absolute moron"

MarketWatch: Trump rally attendees dismiss heat and coronavirus concerns as they line up outside Tulsa arena

Of course the pandemic is growing worse and gaining more infections. But we're also learning that it works a lot differently than what we were told.

The focus should be on protecting the elderly and vulnerable populations. Not restricting everyone. Americans are basically compassionate people. Looking out for the older generation and people with health issue is something that people could and would've supported. Not bringing everything to a standstill.

The vast majority of those testing positive are asymptomatic.

Tell us how many coronavirus deaths there have been in KCMO YTD.

The reason why the "virus doomsday crowd" emphasizes positive tests, contact tracing (another fool's errand), mandatory facemasks, and mandatory vaccinations as soon as they're introduced, is to keep the sheeple inside the corral, fearful, depressed, obedient, and with a lower standard of living.

This paranoia has contributed to the problem.

Perhaps protect the elderly in Nursing homes that have sustained the majority of casualties ? The same ones infected by dirty workers ? Weird

Wouldn't it be ironic if Trump got covid? With his underlying obesity it could be a real problem.

The “big spike” is two old folks homes in independence so.....

It was a nice experiment to see how the average Joe could be controlled. Followed up by a race war. Acquittals coming will set up the worst civil unrest in the USA right around election time. Coincidental? Haha only if you're a dumbass.

By ignoring issue if wearing masks you have ensured your comment is useless tripe.

So to a clown, every method to reduce transmission of a deadly virus is foolish.

Protect thrm how you dummy? In your kooky fantasy there is some magic barrier at the sidewalk. But in reality staff must come and go so the only effective way is to protect everyone by reducing the pandemic in society. WEAR YOUR MASK YOU IDIOT, YOU SRE THE DIRTY ONE.

You obviously have nothing to say except that you don't believe germs cause disease.

Why in the hell can't we all have N95 masks by now for best all around protection of self and others?

Seems like during WW2 they built tanks, planes and ships faster than we can get the proper PPE to everyone. WTF???

Positive test numbers mean nothing when the vast majority of ppl never realize the have had it.

Hospitals are still empty and there is an effective treatment. 1000s cases in kcmo only 30 deaths, which is probably over counted.

they are a minor inconvenience to allow freedom of movement.

until there's a vaccine.

they must be sending them all to china, where people want them.

there are many fishy things going on in the corona saga.

More mental depression, more suicides, more drug overdoses, more financial ruin, more people not getting cancer screenings or their chemo treatments in a timely manner, more deaths related to alcoholism -- brilliant move to shut down everything for months and months. Should have simply been protecting the elderly and screening those who work around them, but don't ask Cuomo in New York about how to do that the right way.

We were worried about hospitals being overrun with coronavirus patients. Instead, these places are laying off nurses and other medical staff because of not enough patients.

How'd da Vinci get that ugly girl to sit still that long?

No BLieron, YOU contribute to the problem: the problem of ripping off the government with welfare fraud by faking a disability. Go away. You’re not wanted here.

I encourage all Tony's Kansas City readers to not wear masks.

More often than not I don't wear a mask because of confidence in having type O- blood but there are people around me with A and B blood. When I feel I'm pushing my luck then I wear the mask.

Support wearing a mask in public but not forcing people into quarantine / stay at home.

If you are healthy and under the age of 60, COVID-19 symptoms are basically like catching the flu if even that.

If you are a fat, angry, lesbian Democrat there is a good chance you might die due to your obesity, anger and hate lowering your immune system.

Protect the elderly and nursing home residents like Joe Biden.