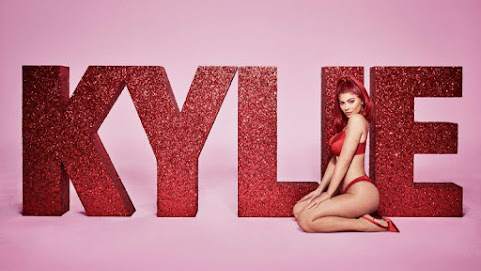 This morning hottie Kylie and her curves inspire a compilation of community news, pop culture and info from across the nation and around the world . . .


KC Turns Turquoise to Support Those with Lung Cancer

The American Lung Association in Kansas & Greater Kansas City is turning Kansas City turquoise during the LUNG FORCE Turquoise Takeover (June 14-20) to raise awareness of lung cancer as well as other lung diseases, including COVID-19.

One week after a shooting took a man's life and injured four others, businesses are coming together to boost the city's 18th & Vine District."Last Saturday's situation does not define what 18th & Vine is," said Joey Thomas, a barbershop owner.Thomas said people should feel safe visiting 18th & Vine."My heart goes out to what happened, but we got to continue.

KANSAS CITY, MO (KCTV) -- A nurse who answered the call to help patients fight COVID-19 on the frontline is now battling the virus herself. On Friday night, friends and medical community members held a prayer service for Ashley Arrowood. Starting at 8 p.m., her friends filled the courtyard near the Saint Luke's Mid America Heart Institute.


Trump Reschedules Tulsa Campaign Rally 'Out Of Respect' For Juneteenth

President Trump has announced that he is moving the date of his June 19th campaign rally in Tulsa, Okla., by one day "out of respect" for Juneteenth, the holiday commemorating the effective end of slavery. June 19, 1865 is the date that the Union Army informed people in Texas - more than two years after the Emancipation Proclamation - that enslaved people were now free.

Thousands of Hongkongers have sung a popular protest anthem and chanted slogans across the city as they marked the first anniversary of major clashes between police and pro-democracy demonstrators. Riot police declared Friday's gatherings unlawful assemblies and a breach of anti-coronavirus bans on public meetings of large groups, sending snatch squads to make multiple arrests throughout the evening.

Prime Minister Benjamin Netanyahu is attempting to pass a historic annexation of areas in the West Bank. It would reverse more than 50 years of Israeli policy and potentially damage Israel's relations with European countries and the few Middle Eastern states it has relations with.


Kylie Jenner and the end of the Instagram influencer business model

Influencer culture as we know it is over. Kylie Jenner, the youngest and most popular member of Instagram's first family and the pioneer of the Instagram influencer business model, cannot keep up with it herself. This Insta-business model that Jenner perfected is based on two primary revenue streams: sponsored posts and branded products.


Oh hey kids, yet another new episode of Streetwise podcast!

Gail does bread. // Photo by Gail Folsom. Hello, hello, hello! We've got a new episode of the Streetwise podcast; the audio companion to The Pitch where I say words and occasionally those words are good and funny.

Hide Transcript Show Transcript GENERALLY SPEAKING FOR MOST OF US, DRIVE. 86 BY 7:00 P.M. AND HERE COME THE 70'S FOR THE REST OF THE FORECAST PERIOD HERE. BY MIDNIGHT, I THINK WE WILL BE LOWER THAN THAT AND WILL CONTINUE TO DROP DOWN A LITTLE BIT BY TOMORROW MORNING, BUT NOT THAT HIGH.

Kylie is all about putting on a good show. It's not her fault that most of it is plastic.

T Mobile won't advertise on Tucker Carlson? Who gives a fuck? In the (left slanted) article, Tucker is described as "right winged". How about "conservative" to be more accurate? The left, and in particular, the media, hate, hate, hate Tucker and Hannity because their huge viewership ratings dwarf MSM's. They will do and say anything to diminish or eliminate this lone vital outlet that continues to expose their bias and their unrelenting march towards socialism, even communism.

Need to light up Kansas City in vomit green and yellow for those who's livers are ravaged by booze-alcohol.

That's because the current roster players act like thugs and hooligans. Hank would have handed Tyreek a shine box and kicked him out the door.

360,222 people died during the Civil War fighting for the freedom of black slaves.

When was the last time you saw a BLM protester, Rev Cleaver or Al Sharpton or any black activist ever in public thank all those who died for their freedom?

Thanks for the West Bank article.

Things do feel like annexation is almost a fait accompli.

Super Dave always saying what needs to be said and what the haters don't want to see being said.

So has every disease been assigned a color? Which poor schlemiel of an ailment got puce?

those hong kong protesters are brave.

NaziDave, when have you publicly thanked all of the black people who died to maintain your white privilege?

NaziDave is a racist & his hatred of blacks always shines through.

There, I fixed it for you.

^^^So says a Com-symp. Your heroes killed more people in the 20th century than all the Nazis and Fascists combined.

Racists? Most of the American blacks who fled to Soviet Russia died in the gulags. Paul Robeson was an exception, but only because he was willing to condemn his brothers in race as part of his utter devotion to Stalin.

Boomers: 18th and Vine is a murder zone. Dont support it. If you do then you support murders. Jazz died out long ago. This area should also die. Do you really want naive out of towners visiting here on vacation to bring their familys to 18 & vine in their new SUV?

What black people died to maintain any white privilege?

GD you're one stupid asshole cunt.