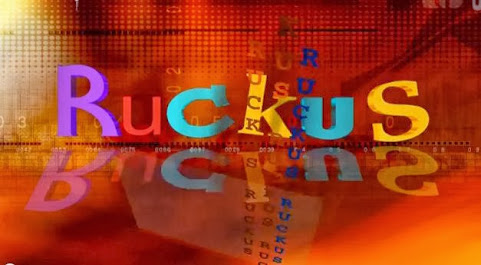 Over the weekend social media has been confused about the fate of Kansas City's longest running political chat show.

RUCKUS IS KAPUT AMID COMPLAINTS AGAINST CONSERVATIVE OPINION FROM THE MOSTLY PROGRESSIVE AUDIENCE!!!

The very capable host Mike Shanin was always gracious to every single guest but there was no question that he is an avowed conservative and his wry humor often shined through in the midst of talking with strident progressive activists. 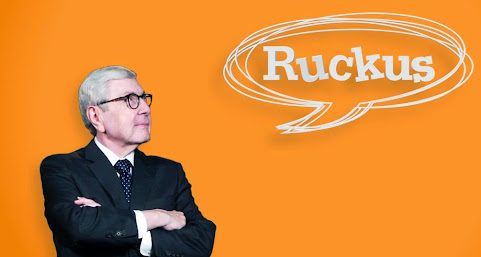 Behind the scenes we've witnessed and noticed several activists groups lobby against the appearance of conservative speakers, pundits and opinion makers . . . Full Disclosure: TKC made a single appearance on the program and earned more negative feedback than any other guest in the show's history.

The reality, in this political epoch there's no more room for televised political discord given that "the conversation" is now mostly comprised of separate partisan bubbles that rarely interact with one another and are doomed to reinforcing themselves inside an infinite loop.

Here's the money line from a recent statement via social media wherein there's still some confusion about the fate of the show:

“Our goal at KCPT is to aid our community by providing a platform for important and productive conversations,” said Kliff Kuehl, President and CEO of KCPT. “We want to ensure we are utilizing community support in the most effective way and are considering the best use of the resources required by the program.”

"KCPT will take this break to evaluate the resources that are allocated to the show’s production and discuss options for future programming that could better serve audiences. KCPT is adamant about continuing air programming that brings together ideologically diverse voices and will look to the current position of the station and the community to inform future decisions for the timeslot."

Read the missive in its entirety . . . 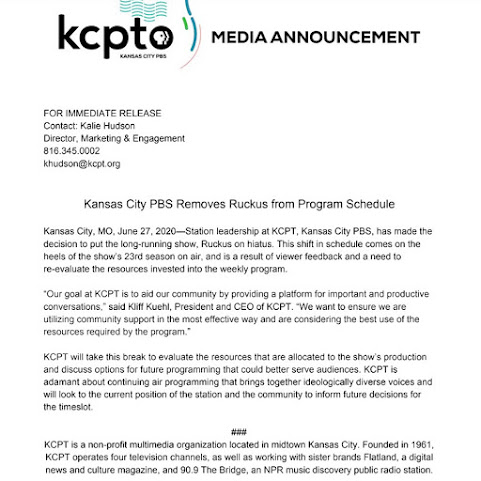 Of course this is a disappointment to fans of the show that served as THE GOLD STANDARD of local political discourse for a generation.

Most noobs won't remember the reference but convergence of partisan players on a single stage was a local take on The McLaughlin Group that was not only far more polite but also exceptionally helpful in providing a gauge of local mainstream political opinion.

Now, the majority of political rhetoric is disseminated from the top down via social media wherein bots and paid activists pose as social media "influencers" in order to fake the appearance of consensus and grassroots support.

Ruckus represented a moment in time wherein locals weren't afraid of disagreeing with one another face to face, amid violent civil unrest and the continued pandemic, that's no longer the case.