Kansas City Police Confront Push Back From Community On Juneteenth 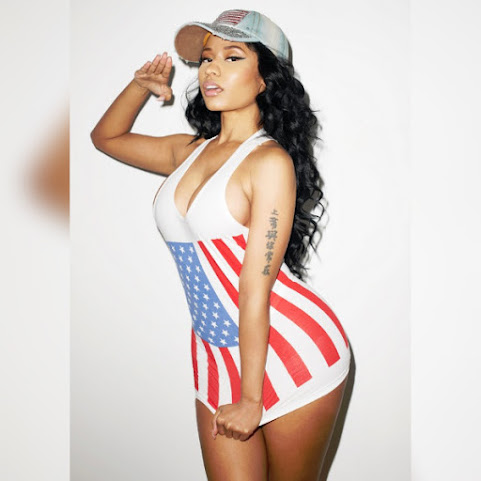 "So who thought it was a good idea to have over 10 KCPD Officers to distribute the Free Fresh Produce boxes at the Urban Baseball Academy on JUNETEENTH at 18th & VINE ?

"KC ROYALS and others involved this shows your lack of cultural sensitivity."

A bit more explanation and context in the aftermath of rampant civil unrest and continued debate over the perception of law enforcement in the urban core . . .

"The visual aspect of all those non-African-American police officers today was jarring for some . . . And it might have caused them not to participate . . . "

And as the debate continues we share some of our favorite links in order to celebrate the important American holiday . . .

Channel 5: Juneteenth to be a little different in KC this year

UST: What to know about Juneteenth - Holiday marking Emancipation Proclamation takes on extra importance in 2020

KCTV5: JuneteenthKC organizers reflect on the meaning of the increasingly popular holiday

Flatland: Faith Community Gathers on Juneteenth to Pray on Troost

Pitch: Support these local KC groups/organizations on Juneteenth to make this a better community

"The visual aspect of all those non-African-American police officers today was jarring for some . . . And it might have caused them not to participate . . . "
What the actual hell?? Is there something in the water supply? Mass insanity...

slavery was abolished in Mo not by the eventual ratification of the 13th amendment ("juneteenth") nor by Lincoln's wartime emancipation proclamation, but instead by the state convention for a new constitution, January 1865. that is an important distinction because we were the first slave state to abolish slavery by the ballot. there were only four votes against abolishing slavery in the state constitution, and one was a delegate from Platte county and another was a delagate from Clay county. which means nothing, or maybe it means everything - about those two counties today :)

360,222 plus members of the Union Armed Forces died during the Civil War fighting for the freedom of black slaves.

When was the last time you saw a BLM protester, Rev Cleaver or Al Sharpton or any black activist ever in public thank all those who died for their freedom?

Juneteenth commemorates the day the slaves of Galveston, Texas were told they were free. They were the last to be told. That's the point. They had been freed for two years, but didn't know it, & their captors didn't tell them.

Are you sure it's the white people who are stupid? Your little history lesson makes it seem otherwise..

Byron,
FYI, you’re not blind. The Dr just forgot to tell you. So quit lazing around on your welfare-mooching ass and get a job. It’s no wonder you’re always siding with the blacks and other unsavory elements of society - you’re all just alike when it comes to non-stop bitching and biting the government hand that feeds you. Mark must be so proud of you. His turds have probably accomplished more than you have.

Fuck you retard. You’re a loser, so shut the fuck up.

No Byron, YOUR comment is a stupid comment from a stupid white person who is also a known Welfare cheat!

$22 trillion in welfare since 1964? Nothing is ever enough for those people. Support yourselves then, for once.

This is so f***ing ridiculous I can’t stand it! White police officers doing acts of kindness are jarring?? How warped are these people that their little sensibilities are so triggered by generosity? This is the kind of bull***t that makes people reject Juneteenth and other events that people claim to be important but want to use them as an excuse for bad behavior. I realize Juneteenth is a historically significant day, but does it mean all white people have to stay inside so blacks won’t be triggered?

Many blacks did not have to go to work today-

Not a successful black run country or city in the world.


"So who thought it was a good idea to have over 10 KCPD Officers to distribute the Free Fresh Produce boxes at the Urban Baseball Academy on JUNETEENTH at 18th & VINE ?“

BFunk gets smarter with every federal check.

6:35 hey bLIEron, you’re such a god damn liar, how do you look at yourself in the fucking mirror knowing what a worthless lying piece of shit you are, here’s the truth you lyin dog faced pony soldier.

“Liberation Day is an unofficial American holiday and an official Texas state holiday, celebrated annually on the 19th of June in the United States to commemorate Union army general Gordon Granger announcing federal orders in the city of Galveston, Texas, on June 19, 1865, proclaiming that all slaves in Texas were now free. Although the Emancipation Proclamation had formally freed them almost two and a half years earlier and the American Civil War had largely ended with the defeat of the Confederate States in April, Texas was the most remote of the slave states, with a low presence of Union troops, so enforcement of the proclamation had been slow and inconsistent.

Why do you constantly lie full well knowing you’re gonna get caught every single time..... what the fuck is wrong with you???

I work with about 70 blacks and at least half of them have no clue what Juneteenth is. Now that’s jarring, effing idiots.

Apparently the mere SIGHT of a white person on Juneteenth (JFC, what a stupid, ignorant name for a "holiday") is enough to trigger blacks. I would say BLM has done its job. Nice going, lesbo freaks.

I'd like to thank George Floyd for my company discovering Juneteenth, which I am sure they never heard of before this week, and giving me the day off. I got all of my weapons cleaned, which is what I did on MLK day too.

A search for ways to be offended, will always succeed.

6:35, wrong again. The Emancipation Proclamation only freed (theoretically) slaves who were present in areas then controlled by the Confederacy. Galveston was such an area. But nobody told the slaves that they were free because they were not free. Lincoln's writ did not run in Galveston until the war was won.

Do you ever get anything right?