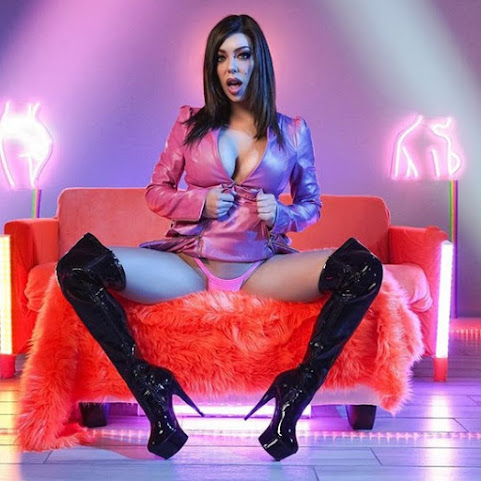 
Grow It And They Will Come: Producing the Produce

Our Town is full of the most innovative, delicious, accessible, and inviting selection of produce and the means by which to achieve healthy sustenance. One need not dig very far beneath the surface to find that fresh, wholesome produce is really part of the culture of Kansas City.

KINGSVILLE - Powell Gardens got a "head start" on welcoming guests back to the gardens on May 20 with its "Head Outside" exhibit. "Head Outside," the gardens' spring exhibition, features the work of six ceramic artists situated within the horticultural displays.

Leah Callon-Butler, a CoinDesk columnist, is the director of Emfarsis, a consulting firm focused on the role of technology in advancing economic development in Asia. When Chef Bagus closed the doors to his restaurant in the Balinese tourist resort of Kuta, the only thing left in the kitchen was the hallmark aroma of his world-famous BBQ ribs.


President Trump Walks Down Ramp At West Point, Here Is How People Reacted

Well, a short walk certainly ramped up the chatter and speculation, so to speak. Social media was abuzz about a 25 second video of President Donald Trump descending a ramp after he gave a speech at the West Point Commencement at West Point, New York. He didn't exactly go down the ramp Gangnam style.


John Oliver Ramps Up His War on 'Racist' Tucker Carlson

Beijing is reintroducing strict lockdown measures and rolling out mass testing after a fresh cluster of novel coronavirus cases emerged from the city's largest wholesale food market, sparking fears of a resurgence of the deadly outbreak.

(Reuters) - Prime Minister Boris Johnson said Britain cannot "photoshop" its cultural landscape and complex history as doing so would be a distortion of its past, amid an ongoing row over the removal of statues of historical figures.

Russian President Vladimir Putin said anti-racism protests in the United States are a "sign of some deep-seated internal crises." In excerpts of an interview with state-owned Rossiya 1 television posted Sunday, Putin linked the unrest prompted by the police killing of George Floyd, an unarmed black man, to Washington's coronavirus response - which he compared unfavorably to Moscow's.


In a land of disbelief COVID-19 is running rampant: 13 photos show Mexico emerging as one of the latest coronavirus hotspots

With the seventh-highest global death toll in the world, Mexico is catching up to Brazil as one of the worst-affected Latin American countries. The country has been slow in clamping down on the outbreak after many public officials, including President Andrés Manuel López Obrador, refused to acknowledge its severity for a long time.


The Negro Leagues Baseball Museum is about more than just baseball

KANSAS CITY, Mo. - It's been 3 months since the NLB Museum opened its doors but on Tuesday the doors will finally be open to offer a history lesson that people need to revisit. "I'm excited to get some life back inside the NLB museum, a place where the story is about keeping those alive," [...]

Calm winds and mostly sunny skies for your Monday. The heat continues with highs in the lower 90s. There is a 20% chance for an isolated storm this afternoon, but most will stay dry. Stay connected with us at KCTV5 NEWS.

But you have to dig deeper.

This was Trump's first Stroke (as far as we knw) isn't it?

Putin is correct, this crisis has shown all of America's enemies just how vulnerable our Country has become.

With the USA having over a third of all Covid-19 cases known Worldwide, it becomes obvious that we have both a Health Care System completely inadequate to deal with any major threat, and a Government totally incompetent and incapable of functioning in a crisis.

Forget Nuclear weapons, Missiles, Submarines, or even hijacked Airplanes, concentrate on germs and viruses, the USA can't cope.
And it is obvious that there will be no steps taken to create a functioning Health Care System or to develop a rational Crisis response and Management function at any time in the near future.

Morbidly Obese Don had a stroke and it is obvious. He took steps down that ramp like a 2 year old goes down stairs with both feet on each step. He has use two hands to lift a small bottle of water up to that lying pie hole of his. Plus he has dementia, is a terrible leader and a terrible person.

5:27...the U.S. has the most cases because we report them. China lies. And people die. But you know that, you tucking Russian bot!

If there were a country in the world capable of mounting a land invasion of the U.S. we would be in terrible trouble. We lack the valor, patriotism or coherent national identity to withstand a foreign invasion. On top of that most of the press would side with the invaders explaining why they have good reasons to do what they are doing and the invasion is mostly peaceful anyway.

"8. He could have had some gastrointestinal problems."

"9. His clothes could have been too tight or otherwise hampering his movements."

Putting all the Rampgate clues together it comes down to: he pooped his diaper, making his clothes too tight to move without the embarrassing leakage that made his staff discourage his wearing khaki pants in public.

In short, but the POTUS and his diaper were full of it.

tucker seems like a nice guy, not a douchebag, unlike most of the cable types.

Corporate decision needs to be made now. - Do I watch black girls from now on or mexican girls infected with covid 19 now. hmm.....

Amazing how we go from Johnsons indian mission to black girls not being thrown to the fore front discussions.

That is a very unladylike manner of sitting. Someone should have taught that girl to cross her legs.

Oh Boy, Dementia Donnie can't even walk down a ramp. They way he drinks water looks like an alien has inhabited his body and is pretending to be human. Hey, maybe that explains the stupidity?

Nah. No alien would choose that body.

245, good point. in the world of cable tv food-fighting, it's important to offend people once in awhile so as to be talked about--and watched.