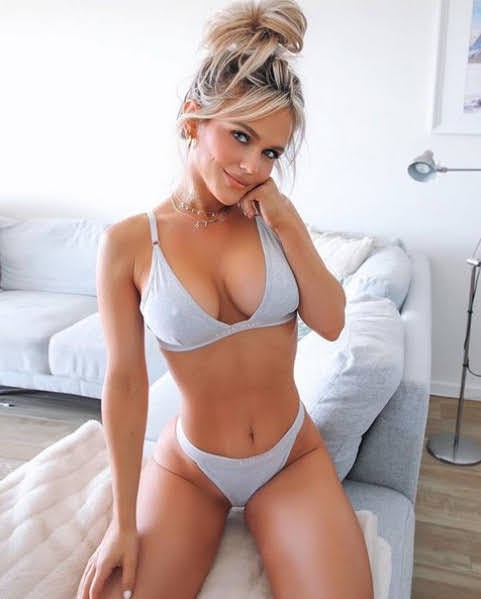 Right now hottie Hilde and her promo hotness inspires this peek at pop culture, community news and headlines from across the nation and around the world . . .

KANSAS CITY, MO (KCTV) - The restaurants in Power and Light never completely shut down because of the coronavirus pandemic, but the Live Block did. Starting Tuesday, people can enjoy the outdoor space while remaining socially distant. The Live Block opened Tuesday at 4 p.m.

Everybody gets flooded with political advertisements during an election year, but one place you won't see them at is Kansas highways.The Kansas Department of Transportation said as the election season rolls around it wants to remind residents that political signs are not allowed on highways.KDOT says political campaign advertising is allowed on private properties bordering highways, but people adding signage on private property must get permission from the property owner."By law, all right of way on state highways is to be used exclusively for public highway purposes," KDOT said in a news release.

Show-Me Back To Work Time


Missourians on unemployment must begin 'work-search activities' in July

KANSAS CITY, Mo. - Missouri residents who are receiving unemployment, including pandemic assistance, will be required to "perform work-search activities" beginning in July. Anna Hui, director of the Missouri Department of Labor and Industrial Relations, said during a Tuesday press conference that as of July 5 - with the exception of those with an "employer-submitted recall date" - those on unemployment will have to report three work-search activities per week to continue receiving their benefits.

Jackson County Executive Frank White Jr. has announced Juneteenth as a paid holiday for county employees.It will be a floating holiday. Juneteenth, celebrated June 19, this year falls this Friday.

Former national security adviser John Bolton claims in his new book that the House impeachment inquiry should have investigated President Donald Trump for potentially dubious actions beyond those related to Ukraine, according to the New York Times, which obtained a copy of the book in advance of its scheduled publication.

Uncovering and explaining how our digital world is changing - and changing us. After deflecting criticism that it is not doing enough to stop the spread of political misinformation, Facebook says it's expanding its efforts to get people to vote in the 2020 US presidential election.

Emerging Nations Kill Each Other With Sticks & Stones

India has reacted with shock and caution to the worst loss of life on its border with China in 60 years, with senior leaders largely silent on the hand-to-hand clashes in remote, inhospitable Himalayan territory in which at least 20 Indian soldiers died.

The president of Honduras, Juan Orlando Hernández, was hospitalized for pneumonia on Wednesday, after revealing the previous day that he and his wife had tested positive for COVID-19. Doctors determined he had pneumonia after reviewing lab work and x-rays and recommended he be hospitalized, according to a spokesperson for the Honduran health agency SINAGER.

Here's a good reason to put the lid down before you flush: a new computer modeling study shows how a flushing toilet can send a cloud of little particles containing fecal matter into the air -- fecal matter that could carry coronavirus.

Hide Transcript Show Transcript THIS IS FIRST ALERT WEATHER. NEVILLE: ANOTHER SUNNY, HOT DAY. WE ONLY HAD 89 DEGREES. WE DO NOT PICK UP ANY RAIN. SO FAR THIS MONTH, JUST OVER HALF INCH. WE SHOULD BE TALKING ABOUT THREE INCHES OF RAIN. THAT IS 2.5 INCHES IN DEFICIT THERE, AND WE DO NEED THAT RAINFALL.

Trump is toast. Sorry but he was never a serious candidate, just a popular one.

NO SHIT.. I love when some dumbass uses a hand dryer while you are in a public restroom. Shows how stupid the average Joe really is. That would be the one our ten that even washes their hand to begin with. Better yet would be the restaurant workers that take a shit ( assuming that's what they are doin in a stall ) and then leave without washing. AMERICOON PRIDE #1

When Hilde interviewed me for the furniture delivery position, she said it was important that I could routinely deliver the big loads!!!

and we have the winning comment of the day.