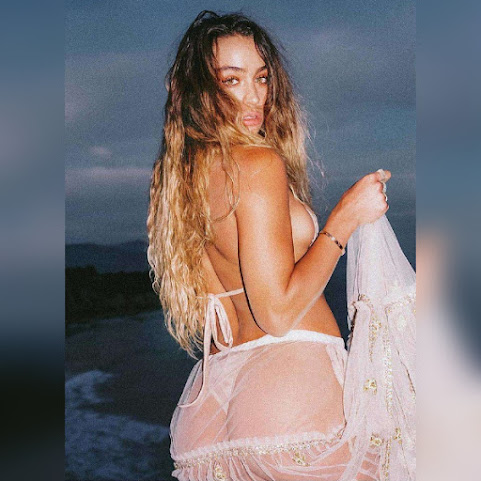 In her latest blast of Insta-hotness, Sommer Ray seems to be offering a bit of social commentary on current tumultuous, challenging times and so she inspires our early morning peek at the local discourse, pop culture and news from across the nation and around the world . . .


The Ethics Professors On Destructive Protest & Wearing Masks In The Pandemic

KANSAS CITY, Mo. - How we handle the next few weeks and months will set the tone for the takeaway from George Floyd's killing. For many teachers and parents, there's a big focus on educating the next generation. Saint Teresa's Academy has a staff member dedicated to teaching diversity and inclusion, and the school's president [...]

KANSAS CITY, Mo. - Six individuals - who continuously saw each other on the front lines of recent protests in Kansas City, Missouri - have formed the Black Kansas City Family (BKCF). And they have an ally in Jackson County Sheriff Darryl Forte.

George Floyd and Derek Chauvin reportedly "bumped heads" while working security together at a nightclub years before their fatal encounter. A onetime coworker at El Nuevo Rodeo on Lake Street in south Minneapolis revealed the duo's purported shaky history in an interview with CBS News.

Attorney General William Barr told " Special Report" in the second part of an exclusive interview that aired Tuesday that he believes social media platforms are "engaged in censorship" and are acting more like "publishers". "So you think these [social media] firms are somehow censoring the president and his supporters?"

WASHINGTON - President Donald Trump could unveil a set of proposals for policing reform as early as Thursday, according to two senior administration officials. The package is expected to include both legislative and executive measures.

The sister of North Korean leader Kim Jong Un is taking a leading role in a new, more hard-line pressure campaign against South Korea, highlighting what analysts say is a substantive policy role that goes beyond being her brother's assistant.

On Tuesday night, Trevor Noah addressed the Democrats' kente cloth fiasco as only he could. "While the movement in the streets has been building up steam, Democrats in Washington have been scrambling for a way to respond. And yesterday, I think they've figured it out," offered Noah.


Sommer Ray Sizzles In Bum-Show Bikini Against A Stormy Sky

Sommer, who has lost 100,000 Instagram followers over the past month, received what many would consider to be an unfair amount of backlash for honoring #BlackoutTuesday in the wake of murdered black ma George Floyd. Sommer's Tuesday post last week followed the plain, black square employed by millions across Instagam.

A new strain of strategy has KC Hemp Co. going all in on eCommerce, its owners said, announcing the company has permanently closed its downtown Overland Park retail space - transitioning to online sales and limited same-day delivery. "We've been able to cut over 80 percent of our overhead," explained Kyle Steppe, who owns KC Hemp Co.

Hide Transcript Show Transcript ART, SO RARE ONE OF HIS PIECES WAS BOUGHT BY A PARIS MUSEUM. IT WAS IN PARIS, FRANCE JUST BEFORE CHRISTMAS 2019 THAT 28-YEAR-OLD COLE MEYERS DISCOVERED THIS PAINTING. I JUST WENT TO AN ESTATE SALE AND THROUGH THE WALL OF PAINTINGS THIS ONE JUMPED OUT AT ME.

Cooling Off This Spring

Today is a StormTrack5 Weather Alert Day. We are tracking a 30% chance for showers this morning in addition to strong winds. The sun is back this afternoon with cooler temperatures in the middle 70s. Stay connected with us at KCTV5 NEWS. Copyright 2018 KCTV (Meredith Corp.) All rights reserved.

Let me fix that Barr quote of 'censoring particular viewpoints'. It's 'calling out lies'. That's all.

Despite making thinly-veiled threats throughout the evening, eventually Sommer was exposed and turned the other cheek!!!