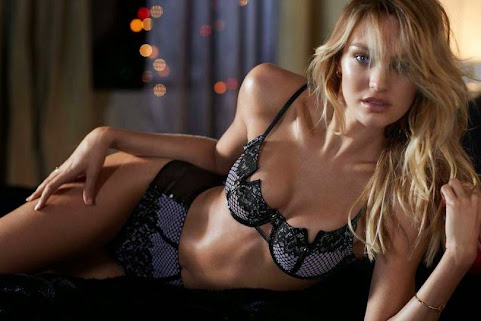 We conclude this day of posting with classic Candice and a peek at some of the pop culture, community news and national news that might intrigue late night news junkies . . .


As protests quiet down in the metro, top leaders working to make changes

KANSAS CITY, Mo. - As protests have quieted in Kansas City, the Black Lives Matter movement continues. Thursday, top leaders were talking about the cause from city hall to the statehouse. For nearly two weeks, protesters filled the Country Club Plaza, and the steps of city halls in Kansas City, Missouri, and Kansas City, Kansas.

A Kansas City police cruiser collided with a car during a pursuit Thursday night.Police said the crash happened at 7:52 p.m. at Bannister and Hillcrest roads.Police said the officer and the driver of the car suffered minor injuries in the collision.Authorities said the driver they were chasing was taken into custody near Eastern Avenue and Richmond Drive.Police the man is suspected in a carjacking in Independence.

The $1.5 billion terminal project has remained on time and on budget, development team representatives have said. The structure has come out of the ground, and work on the massive parking garage will start later this month or in early July.

As debate continues over coronavirus restrictions, the Johnson County Commission emphasized Thursday that the county economy is open for business but also approved funds to bolster public health staffing. The Commission reiterated its May 28 message about reopening the economy.

KANSAS CITY, Mo. - Parents and guardians now need to make an appointment for immunizations at the Kansas City, Missouri, Health Department. The department announced the new COVID-19 precaution Thursday, advising adults to call 816-513-6108 to schedule an appointment as soon as possible.

Only Candice Can Save This Long Suffering Brand

She's one of the most in-demand models in the world. Candice Swanepoel, 31, posed topless and displayed her peachy derrière in a range of lingerie during a sizzling photoshoot to front a new Victoria's Secret campaign. Showing off her svelte physique, the South African beauty covered her modesty with a strategically placed arm while wearing eye-catching high-waisted thong briefs.


Congress Heads Toward Clash With Trump Over Removal Of Confederate Symbols

Members of Congress put themselves onto a collision course with the White House on Thursday over the politics of America's Confederate legacy. The Republican-led Senate Armed Services Committee adopted an amendment that would create a commission charged with renaming Army installations that bear Confederate names and removing their Confederate symbols.

Finally Out of Iraq???

CAIRO (Reuters) - Iraq and the United States have affirmed their commitment to the withdrawal of U.S. troops from Iraq without giving a timeline, state news agency INA said on Friday, citing Iraq's Prime Minister Mustafa Al-Kadhimi. Al-Kadhimi said the Iraq-U.S. strategic dialogue recognised the Iraqi parliament's decision on the U.S.


Tucker Carlson compares Seattle protesters to conquistadors: 'They planted a flag and they stole' that land

Tucker Carlson opened Thursday's edition of " Tucker Carlson Tonight" by welcoming the world's 196th nation -- the Capitol Hill Autonomous Zone, or CHAZ, carved out of six blocks of Seattle's Capitol Hill neighborhood. The host noted sardonically that the founders of the new nation made securing their borders a top priority Monday night.

INDEPENDENCE, MO (KCTV) - A new outbreak of COVID-19 has been detected at a long-term residential care facility in Independence after 34 people tested positive for the virus. The Groves is located at 1415 W. White Oak and has 400 staff members and about 300 residents.

COLUMBIA, Mo. (AP) - Organizers of an online petition drive to have a statue of Thomas Jefferson removed from the University of Missouri's campus in Columbia had a "very constructive" meeting with the university system's president on Thursday, a school spokesman said.


Stolen alligator on the loose in Manhattan, Kansas, creek

Alligators are known to roam the waterways throughout southern sections of the United States, but typically, Kansas isn't gator country.Yet that's exactly the case right now in Manhattan, Kansas, where the Riley County Police Department said one full grown alligator is on the loose in the area near Wildcat Creek and another might be there, too.RCPD said two alligators were stolen Saturday from Reptile World, located off Fort Riley Boulevard in Manhattan.

KANSAS CITY, Mo. - Missing baseball? The Negro Leagues Baseball Museum will reopen Tuesday with limited hours and precautions in place amid the COVID-19 pandemic. The Museum will be closed on Mondays and only open from 10 a.m. to 5 p.m. on Tuesdays through Saturdays with Sunday hours of noon to 4 p.m.

A Kansas City woman who sang at George Floyd's funeral is back home in Kansas City.Chrystal Rucker was invited to sing at the funeral by by two-time Grammy nominated Kurt Carr."It was an honor to be there.

KANSAS CITY, Mo. - As businesses slowly reopen, The Rieger in the Crossroads Arts District remains closed. During the pandemic, The Rieger has continued its work as the Crossroads Community Kitchen, serving more than 60,000 meals to people in need in the Kansas City metro.

With summer travel season here, many people in Kansas City are thinking about getting away for a few days after a long, stressful spring. This year, choosing a vacation destination is not just a simple matter of taste but also of weighing the risks of infection. The first rule for taking a vacation?


Friday's temps climb to near 90

In Candice We Trust.

Sorry, but there is no life after protests. They'll go on and on until this election is finally over. It's all just politics. Too bad, there are a lot of people who believe they are doing good, they want to do good. Unfortunately, they're being used like a prop.

Candice louise aikin was the prettiest woman in the world