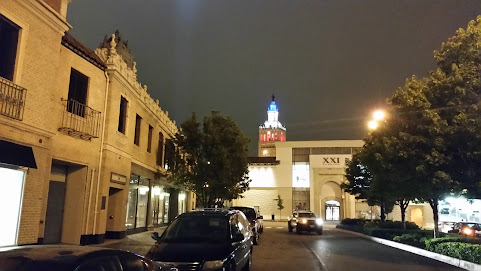 Just a few items for our late night denizens that are still worth a look and over a better vantage of this cowtown . . .

Kansas City is considering letting city workers have a paid day off if they work at the polls on Election Day.Because of worries about the virus and perpetual shortages of poll workers, Kansas City consolidated some voting stations for the city election this month."That's a big challenge for us.

KANSAS CITY, Mo. - The Kansas City Area Transportation Authority (KCATA) is receiving $51.3 million in a grant as part of the Coronavirus Aid, Relief, and Economic Security (CARES) Act, the U.S. Department of Transportation announced Friday. The funding will support KCATA's operations throughout the Kansas City area during the COVID-19 crisis.


University of Missouri will not remove Thomas Jefferson statue

KANSAS CITY, Mo. - University of Missouri officials said Friday that they do not plan to remove a statue of Thomas Jefferson that sits on Francis Quadrangle at the Columbia campus. An online petition circulating calling for the removal cited the fact that Jefferson owned slaves and fathered children with one of his slaves.

Freedom Will Soar Again In The Golden Ghetto???

Twitter: @OverlandPark_PD SOURCE: Twitter: @OverlandPark_PD Overland Park, Kansas, police say an American Bald Eagle was rescued after it was found in distress Friday morning. Police said in a tweet that the eagle was found injured near West 108th Street and State Line Road. "Seems as if the Bald Eagle made contact with an electrical wire," police said.


Beach, sprayground at Lake Olathe one of few opening around the metro

OLATHE, Kan. - Families looking for a place to cool off will be happy to learn that the city Friday opened its beach and sprayground at Lake Olathe. This is one of the few places in the metro area where folks might be able to enjoy a couple of hours at the beach this summer.

Hide Transcript Show Transcript GENERALLY SPEAKING FOR MOST OF US, DRIVE. 86 BY 7:00 P.M. AND HERE COME THE 70'S FOR THE REST OF THE FORECAST PERIOD HERE. BY MIDNIGHT, I THINK WE WILL BE LOWER THAN THAT AND WILL CONTINUE TO DROP DOWN A LITTLE BIT BY TOMORROW MORNING, BUT NOT THAT HIGH.

Jefferson was not the author of The Constitution.

Jefferson wrote The Declaration of Independence.

Get Lost Byron, You Bum said...

Byron is a bum, freeloader and faker. He should always be deleted. Sad that I can still see him. Sad.

Actually Ben Franklin wrote the Declaration of Independence. Jefferson is the one who had the words dictated by Franklin.

12:03 ironic post, since the person posting as Byron actually lives in Raytown

$53 million that miraculously falls from the sky for "FREE" bus service.
You really can't make this stuff up!