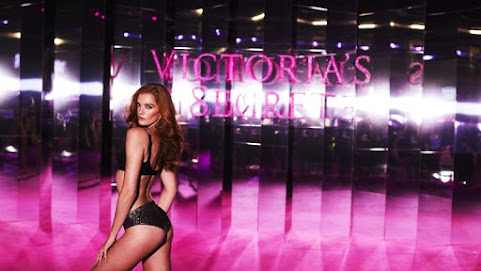 A quick peek at the most important headlines right now from the perspective of pop culture, community news and info from across the nation and around the wold . . .
Kansas City Tech Happy Talk

There are more than 3,000 jobs open in the Kansas City area, the KC Tech Council said Wednesday. Despite a wave of layoffs because of the coronavirus pandemic, the group emphasized in a virtual job fair that tech remained an attractive and thriving industry. "Tech is still hiring," said Haley Regan of the KC Tech Council.


Mahomes Isn't the Only One Who Wants Whataburger in Missouri

Who would have thought Kansas City Chiefs Quarterback Patrick Mahomes tweeting Whataburger that he wanted a store in Kansas City might make that happen. I mean, we've all done something like that. I told Portillo's, my favorite hot dog and beef sandwich joint around Chicago, that they should come to Missouri.

WASHINGTON - The Trump administration is asking the Supreme Court to wipe out Obamacare, arguing that the individual mandate is unconstitutional and that the rest of the law must be struck down with it. The late-night brief, filed Thursday in the middle of the coronavirus pandemic, carries major implications for the presidential election.


Tucker Carlson Warns Trump: You 'Could Well Lose This Election'

Fox News host Tucker Carlson spent the first half of his program on Thursday night warning President Donald Trump that he is on pace to lose re-election unless the Trump administration starts rounding up protesters and charging them with terrorism.


China loves Bolton's book for embarrassing Trump, but not the parts about Xi

Limits on John Bolton's China revelations go beyond simply not covering the matter: there is evidence of discussion of the book being censored on two of the biggest platforms on the Chinese internet.


Four years after Brexit, support for EU surges in Britain

Four years on from the UK's Brexit vote, a majority of British voters would now opt to remain inside the European Union, says new research. According to the European Social Survey (ESS), a pan-European poll carried out every two years, 56.8% of respondents in the UK indicated that they would vote to remain inside the bloc, an increase from 49.9% the last time the survey was published in 2018.


Why Fashion Brands and Their Retail Landlords Are Suing Each Other

NEW YORK, United States - sells $5,000 dresses and $900 pumps out of its Fifth Avenue flagship. But with Covid-19 keeping shoppers away, and nine years left on its lease, the Italian luxury brand is crying poverty.

MODEL Alexina Graham raises her arm as well as the temperature in a red hot photo-shoot for lingerie brand Barbara Paris. The Victoria's Secret Angel, 30, shows off her fine body of work and her signature red locks in a skimpy ensemble for the French company for their Spring/Summer collection taken in 2017.

Sign Of The Times: Writing On The Wall Across State Line

Black Lives Matter mural painted by artist Rodney "Lucky" Easterwood and his daughter, Anita. The mural is located at N. 18th St and Quindaro Blvd. in Kansas City, KS. // Photo by Travis Young. While many were signing petitions, signal-boosting social media, and participating in peaceful protests following the murder of George Floyd, local artist Anita Easterwood and her father...


BUCKLE UP: After COVID-19's bumpy stretch, Kansas City is in for the ride of a lifetime

caption id=attachment_49599 align=alignright width=150] Danny Beckley / Photo by Randall Baughn[/caption] The continued health of the arts in Kansas City has long been uppermost in our collective consciousness, and for months COVID-19 has kept us all preoccupied. Meanwhile, what is perhaps the most significant decision of the decade for our cultural future is already underway.


Morning thunderstorms leads to a warm, breezy and sunny afternoon

Can't seem to fathom the idea of what bread would be like these days if the russian ladies wouldn't of brought wheat seeds with them long ago.

The mural should inspire the black community to receive an education, work towards family and job ethics, stop the silence of protecting criminals, stop using illegal drugs and mostly stop committing murders in Our city. White fucks can work on ending excuses for any of the above mentioned behaviors. Asians are smart. They stay out of all of it.

Gots me sum Thunderbird and weed. Fucks ya alls.