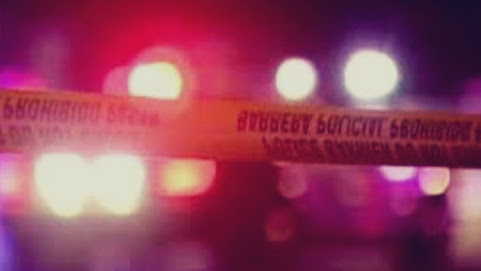 This Juneteenth weekend was marked by celebration of an exceptionally important American holiday but also by rampant violence in the Kansas City urban core.

Police reported more than 8 shootings over the past 24 hours and two homicides.

One person killed, one injured in overnight shooting

KANSAS CITY, Mo. - Kansas City Police are investigating a double shooting in the 2800 block of Benton Plaza. Police say they found two gunshot victims at the scene when they responded around 12:15 a.m. One victim, an adult male, was found in the street suffering from apparent gunshot wounds.

Damn shame. Benton Plaza was once a really nice place to live only a few years ago. KC is changing fast.

It has always been poor but I will agree it hasn't been this violent.

These lives mattered. But not to the killers. Hope the prosecutor will work just as hard on putting them in jail.

BLACK LIVES MATTER!
RIGHT?
Except maybe to other Blacks and to Jean Peters Baker!

This mayor lied to all of us. He ran on public safety and addressing crime. His first 10 months in office have been the most violent in history.
He had no chance of winning the northland or far south again. With the census wrapping up the northland will have 6 council members soon and they will have no desire to have a fight between city and police.

Maybe all the black BLM marchers "working to end systemic racism" and their clueless white suburban do-gooders need to move the locations and times of their protests.
Try recruiting participants for marches at 18th and Vine or down College Avenue for these meaningless events at around 1:30am and see who the really dedicated SJW are.
The homicides in KCMO are perpetrated by a small minority of a minority population, and many of the killers have murdered more than once.
Until local "leaders" at city hall and the black community and the narrative-driven local media are honest enough to at least accurately define the problem, nothing is going to change.
More residents move, more businesses relocate or close and the city continues to go don the tubes.
And what's the latest reaction to the homicides at 18th and Vine?
MORE MONEY.
You really can't make this stuff up.

If you don’t like it then leave because the ghetto is coming to your neighborhood soon!

This happened near I-70/Truman road. Your welcome.

I have an idea how to stop the killing. Let's defund the police!

Koontown in other words. Just ovoid the darkies.

Regardless of your age, sex, political party, etc, it’s a real shame what has happened to KC. And it’s getting worse every day.

No lets get rid of the police NO FUNDS = NO POLICE

When are you pussys going to take back your city!

ITS A PARTY BUT NOBODY CARES

THIS AND PLANNED PARENTHOOD ARE THE WAYS THE LIBERAL ELITES CONTROL THE BLACK POPULATION AND THE STUPID BLACKS CONTINUE TO VOTE FOR THEM!

Meanwhile, in the major leagues, Baltimore has 152 murders and Chicago has 301. Our hood rats are weak and unskilled.

Charlotte, Kc, Detroit or Baltimore. Where you have Blacks, you have murders. Flat ass why does everyone push the blame on everything else ? BLM when people can tear up, loot and kill. But BL doesn't Matter to the black community. They prove that each and every day. The real protest should be for demands that the black community clean up their own problems. BTW- you can add any major city in the World to that opening list.

The secret little plan of the Urban politician...Use the murder crisis to get more $$$. City must invest more, invest in these areas of murder(3rd District), invest in the employed. Lets form a committee to research 18th and Vine, Pre school, anything else.

Let me remind all of the people of the catchy little phrase that is true in the black community....SILENCE IS VIOLENCE! Report crime to the police adn cooperate with them to catch the thieves and murderers.

Who the fuck cares. It's all Mogadishu.

Before the year started, he pledged a 2020 with no more than 100 homicides.

Quinton Lucas is dragging this city down. He's pushing the same tired old liberal Democrat policies that pander to the working poor while giving generous tax incentives to wealthy non-residents, who then fund his campaign coffers.

Mayor Quagmire is part of the PROBLEM, he's NOT the solution.
I'm calling the NY Times to tell them the truth (if they'll listen).

" by celebration of an exceptionally important American holiday"

^^says the lonely geezer nobody talks to or listens to so....

1038 HOTPOCKET TIME GET DOWN THERE MOM WILL BE RIGHT DOWN!