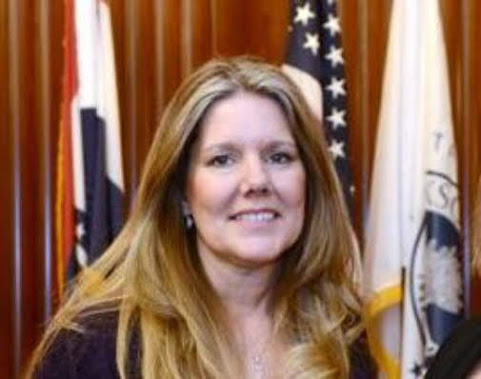 The response from the Courthouse has been lukewarm at best. Checkit . . .

And here's the money line that was buried in far to much verbiage about cooperation . . .

"As Legislators it is our responsibility to be good stewards of your tax dollars. You have entrusted us with that task, and we take that role serious. It is a shame that egos are getting in the way of the greater good of the people of Jackson County. Moving forward I would strongly encourage the County Executive to communicate with myself and the Legislature directly as opposed to governing by public statement. Elected officials publicly attacking each other is not acceptable."

meanwhile kc is going broke waiting for the money.

Not a surprise.
There are WAY more egos that competence and ability in both the JaCo courthouse and KCMO city hall.
Celebrity wannabees as far as the eye can see.
And all on the taxpayers' dime!

Is English not her first language?

I hope she and the rest of the legislature demand to know where every cent of that money is going. He has accounted for about half of it. Franks' benevolence is overwhelming.

5:51 they were broke before this, bankruptcy was near when sLIE the idiot was mayor.

The embarrassing thing is two cities got less than a thousand dollars given to them. Frank should be ashamed of the way he’s handled this and everything he’s touched so far.

Teresa Galvin is married to a KCFD member, who I believe is one of their union representatives.

KCFD just scammed voters into taxing themselves more so the fire department can squander millions more.

KCFD just announced that they're backing Nicole Galloway for Governor.

KCFD is not controlled by the City of KC. The union contract with the City, is similar to that of an independent contractor. KCFD controls their own people (hiring, firing, discipline, promotions, etc.). As a Democrat Machine City, KCMO is beholden to the unions and refuse to hold them accountable. How many years have we known about the KCFD overtime-pay scam, done to purposely increase pay for firefighters, yet the City refuses to stop the abusive practice.

Just a thought: Why doesn't the County do what Clay and Platte did and send KCMO the funds based on population?

At the rate Jackson County is bickering, they will have to refund the money to the Feds -- and if that happens ALL of them should be retired from office.

"You have entrusted us with that task, and we take that role serious."

"Moving forward I would strongly encourage the County Executive to communicate with myself and the Legislature directly as opposed to governing by public statement."

She did not pay attention in 8th grade English it would appear. One of the dimmer bulbs in JACO.

3:41 Have you heard Frank White speak? He also has a whole PR team we pay for to do all his writing. And now he's got a County Administrator hired at 200 grand to do all his work. We need to take this seriously.

Does she "swing"? I'd like to make a video of her.