Can We Call Truce In Keyboard War Against Lee's Summit White College Ladies?!?! 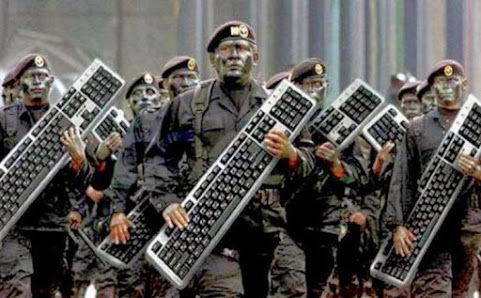 Not so long ago, a youngster climate activist evokes widespread HATRED among conservatives and this blog received dozens of requests to smack her down or posts horrific screeds about her ideology.

Because picking on youngsters isn't what this blog is about . . . Our TKC blog community flexes on elected leaders, bureaucrats, consultants and weak-sauce pundits. Crying about the misdeeds of young women on the Interents is for powerless drunk uncles . . . Time and time again, TKC shares FIRST news and shapes KCMO POLICY.

Social media is mostly for goofballs who don't know the difference betwixt the two.

We have so much fun with the vocation that we can do it easily AND share our favorite hotties with power players whilst offering snark and gossip.

Accordingly, we share this FACT CHECK and hope that ADULTS will move on to more important discussions:

“Recent news articles and social media posts have seized upon the tragic killing of Mr. George Floyd on May 25 to falsely attack a group of teenagers for a May 27 video of innocent horseplay, as is clear when viewing the other videos taken that night. The teenagers in no way were making a reference to Mr. Floyd’s death, and Ms. Ahrens categorically condemns anyone who would mock or make light of Mr. Floyd’s killing, or who would attempt to excuse the conduct and circumstances that resulted in his tragic death. The public conversation should appropriately continue to address the killing of Mr. Floyd, concern for Mr. Floyd’s family, systemic racism, and championing the causes of fairness, equity, and justice. That conversation, however, is diluted by false attacks against high school students who in no way were commenting on Mr. Floyd or tragedies that have come to be symbolized by the words, ‘I can’t breathe.’ As we look to find a new path forward as a country, we ask that we work together to drive a national conversation and action around racial inequality and injustice that seeks productive change, rather than creating false narratives that distract from that much more important conversation.”

As a public institution, Mizzou's action is a clear violation of the kids' first amendment rights. I hope they sue the school and get at least as much as MU is paying their diversity & inclusion dean; i.e., a lot.

As I commented the 1st time, anyone who watched the video clip knew:

1) There was absolutely NO mention of the George Floyd incident.

2) There was absolutely NOTHING that could be construed as offensive or racist in the video.

But the racial war against white people discerns all are guilty until proven innocent. Zero tolerance for teenage horseplay. It's all about malicious persecution of any white who isn't jumping on the Black Lives Matter/Liberal Media toxic train.

Most state colleges are idiot factories and if they all went under, nothing of value would be lost.

I'm am the luckiest person alive. There was not the internet for my stupid youth misdeeds..