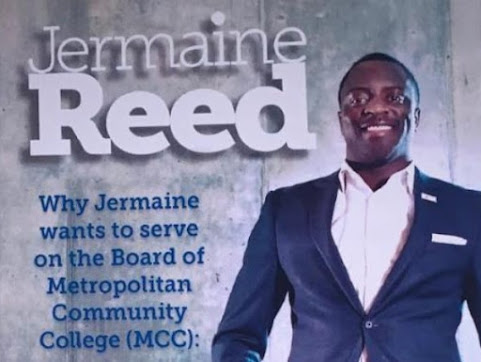 The political life is hard to abandon and Kansas City is an unforgiving little town that seldom allows people to reinvent themselves without moving away.

The campaign lit is quite nice and far beyond what most contenders for this office bother to print. 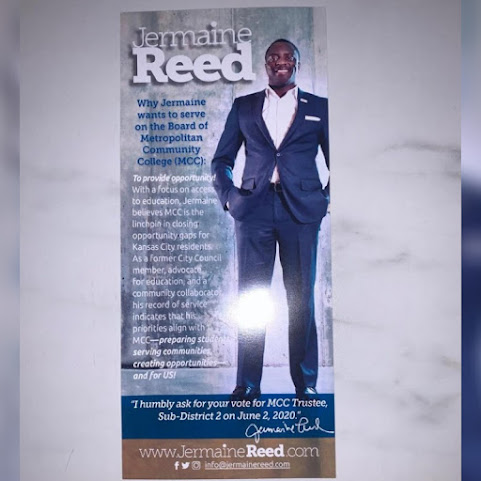 Mr. Reed isn't yet allowed to start lobbying in at City Hall and, truth be told, he never really had the schmoozing skills required to connect or even ask favors of politicos. Still, we thought he'd land a six figure job at some local corporation that didn't know as much.

Even better, maybe the college time will inspire him to think about the Master's Degree debacle that hurt his chances during the mayoral contest.

Still, Kansas City insiders are surprised that he's basically "running for a place on a community college school board." 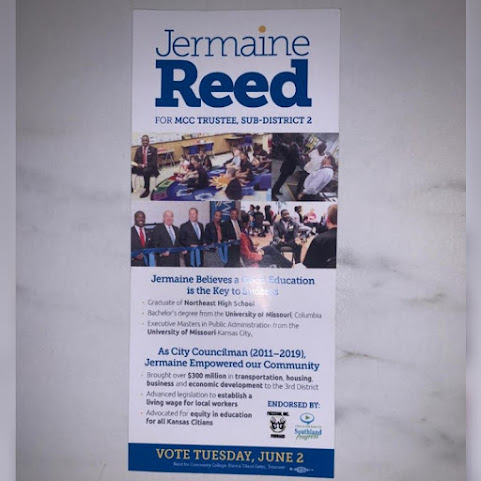 It's certainly not glamorous work but possibly a sign of dedication to public service from a more mature politico who was once one of the youngest people ever elected to KCMO council.

it's a job he could do part time. If at all. DO they even pay for this position?

Puts him on the road to being a college administrator. That's where the real bucks are.

Good idea. He will be great at it.

Beats getting a real job, which is what he's trying to avoid.

He will bankrupt what is left of that shit hole.

With MCC fallen under the leadership of the "born a poor black child to a single mother" equity crowd, Jermaine will be a custodian of public mistrust!!!

Desperate for attention that one is, I’m surprised he’s showing his face after failing at being a city clowncilman

What? Dog-catcher wasn't up for election this cycle?

Maybe he needs to complete the MBA he misrepresented he had completed in his election. This guy was a horrible councilman who along with James bullied the other council members to defer cash from the general fund to finance his Urban projects which benefited a very very small % of the City. Net result, roads, crime and basic services of the City were neglected.

Best thing for KCMO to do is to pay him to stay out of Public service.

Best comment of the day @9:45. Well done. Glad someone sees through all of that "momentum" junk.

Jesus Fucking Christ this whole town is like some kind of Nigerian Prince scam.

That dipshit should be voted for for anything, especially education. I am sure he’s running acting at the behest of his friend Manny Cleaver. He’s had bunches of his ignorant friends on the MCC board. Why not this retard? *eyeroll*

Jermaine “empowered a community”???? Which one? He destroyed the 3rd District. WTF? Unbelievable.

That poster really emphasizes Reed’s height. It makes him look 4’ tall, at least.