Behind the scenes there's growing tension among differing factions of local law enforcement.

According to KICK-ASS TKC TIPSTERS who sent word our way . . .

PO-PO LEADERS ARE BACKING AWAY FROM SUPPORTING JACKSON COUNTY SHERIFF FORTÉ IN HIS CONTEST AGAINST CONTROVERSIAL SHERIFF SHARP!!!!

As always, AWESOME TKC TIPSTERS get the first word and here's more deets about the political dispute emerging in a troubling time for law enforcement: 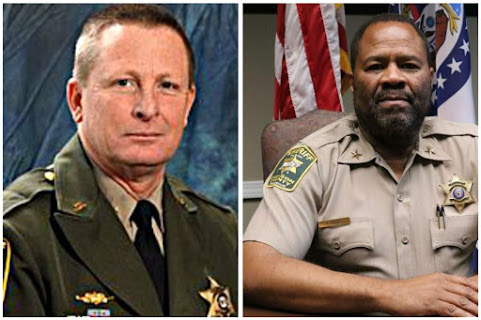 And all of this benefits the surprise contender revealed FIRST here on TKC . . .

The backstory on Former Sheriff Sharp for those who have forgotten:

We share this bit of po-po politics if only to remind locals that the "thin blue line" isn't all that appears . . . Just like everyone else, law enforcement has their share of political drama as well.

The Sheriff has 800,000 worth of overtime and two pensions, he'll be fine either way.

SOME of the deputies have a grudge against Forte but there are many who have learned to like him. It turns out that on a personal level he's actually a pretty great boss.

The Sheriff needs to be an appointed position. The politics belongs at the courthouse and not among law enforcement.

This is a reflection of the fact that Forte is a worthless piece of shit.

Both Forte & Sharp are a disgrace. How about we back out of electing a Sheriff at all? What exactly is their job function and duty? Seems like throwing away good money. If the County needed extra funds - here’s $175,000 worth of salary that could simply be eliminated. Just saying...

Appointed by who? A politician? Makes perfect sense.

"The Sheriff needs to be an appointed position. "

Um, Forte was appointed, first by Frank White temporarily, and then by the Jackson County Democrat Committee in lieu of a primary.

He is the kind of man you get in a patronage system.

Anonymous please put your name down if you have something to day and Frank White is not the answer . He is part of the problem you people better pay closer attention to what is going on SMH . Jackson County has a huge problem with dipping in the kitty . Corrupt as hell Michelle Clark I speak the truth and don't hide behind anonymous