SHOW-ME THE MOST CREATIVE STONER SUSPECT IN MISSOURI!!! 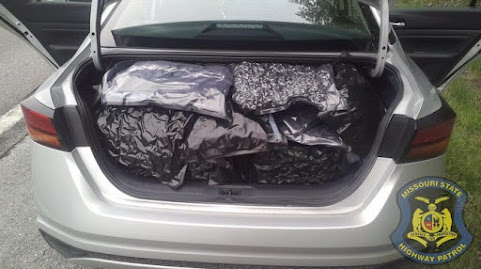 Faking a story to the po-po is a serious offense but this guy's allegedly inventive dedication to his stash is hard not to admire.

KCTV5: Man reports made up abduction to distract trooper from 130 pounds of weed in trunk

SALINE COUNTY, MO (KCTV) -- One of two men transporting a significant amount of marijuana thought it would be a good idea to report a fictitious abduction in an attempt to district the trooper who pulled them over.

According to Missouri State Highway Patrol Troop F, two men in a silver car were stopped for a traffic violation on I-70 on Friday afternoon.

At some point during the stop, the passenger called in a fake kidnapping to try and distract the trooper from finding the 130 pounds of marijuana that was in trunk.

You got that right saline county is mostly democrats so you're spot on with that.

Lol your prob a trumptard, you lot are the king of stupidity.

I think they done did that in Breaking Bad, the meth movie didnt they?