SENATE LEADER McCONNELL TO SECSTATE POMPEO: YOU'RE THE LAST HOPE FOR REPUBLICANS TO HOLD KANSAS!!! 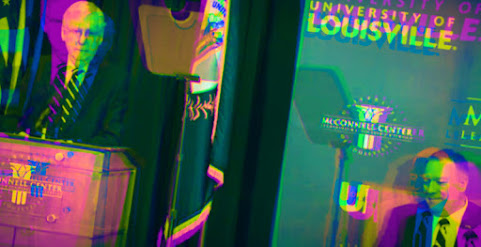 That's a paraphrase on that headline and we'll link the story sent in by KICK-ASS TKC READERS . . .

Here's a peek at the GOP getting serious and moving beyond the cable news guest star or a plumber . . .

Staring at a messy primary, a credible Democratic challenger and a real battle for Senate control, Senate Majority Leader Mitch McConnell is pushing for the secretary of State to jump into the race with just weeks to go until the filing deadline.

"There's not been a development yet,” McConnell said in a brief interview. “But he would obviously be my first choice and he has been for months.”

While Pompeo has indicated to McConnell that he would not take the plunge, a looming June 1 deadline and an increasingly difficult landscape for the GOP have added a new sense of urgency to the race.

Hear that Deplorables? Mike Pompous may be you're only hope. However, here is another brilliant option. Please encourage and support Kris Kobach again for us. Please? Pretty please? With racism on top?

Moscow Mitch is finally waking up to the fact that the Republican Party is rapidly headed to the same level of irrelevancy that they enjoyed during the FDR/Truman years!

And to the fact that he will go down in History as one of the main architects of the Party's downfall!

The Trump/McConnell years will be seen as an aberration in the inevitable growth of populism as America matures and regains its place as a First World Leader and model for Civilization.

The 2028 and subsequent Elections will be contests between the Democratic and Socialist Parties!

Pompeo is just as bad. Habitual liar, Trump kiss ass. What's not to like?

Just goes to show you how bad the Republican party has fallen. Nothing but despots, cucks and CHUDS. God what a collapse.

Would you please stop bogarting that joint? Fuck. Pass it already!

Yes, because the Dems are so unified right now, what with their walking corpse of a candidate who can't put a sentence together even with a teleprompter. Like his latest media 'event'--yikes! No wonder he's being hidden and sheltered so much.

Also he probably sexually assaulted Tara Reade, which has definitely split the party on whether or not rape is a-ok when a Dem does it.

Never mind the worsening split between the wacko leftists and the centrists. Trump may have cultists, but cultists are excited about their candidate and vote. Biden inspires pity and maybe a Silver alert.

Manwhile McConnell has been pushing through federal judges like mad. Did Rachel mention that when she was warning you about Russian weather control, or whatever?

Stay tuned. Will Biden even make the convention?

The Dems might actually have a chance in the Kansas U S Senate race if they nominated someone who had any credibility at all throughout the state.
Even though Kansas hasn't had a Democratic U S Senator since the 1930s and if still very much a "yellow dog" Republican state.
But a candidate from Mission Hills in Johnson County is about the last person the majority of Kansas residents is going to vote for.
The Johnson County Democratic AOC/Davids groupies have morphed into fantasyland, just like the folks in New York City, who think EVERYTHING and EVERYBODY revolves around them.
Missed opportunity.

9:53 - we're talking about the KS Senate race, try to fucking keep up.

As far as the left split, Bernie bros don't turnout. Biden is bringing sane, moderate Republicans on board (ie, not you, you fucking kook). Should be enough to get it done, especially when you just continue to give Trumptard leash and he hangs himself daily.

Whoa! The comedy routine is coming along nicely. And I get why you wouldn't want to talk about those things. So mad! So triggered! And no rebuttal at all, really.

Well, for sure the Bernie people won't turn out now, because this is the second election cycle where the DNC took a giant dump on them and offered them a shitty candidate. You need them and you need them badly--but this is old news. #neverbiden is all too real.

But that was a gem, Biden bringing people on board. Are we talking about the same guy who does those cringey broadcasts where he constantly fucks up? So funny. And I'm a kook? Lol. At this point it's a race between what will get him first--sheer dementia, long-standing corruption, or his history of rape.

You lyin' dog faced pony soldier!! So funny. Only you're the joke.

The stupid old fuck has to have his old lady interpret for him.
Apparently, she understands drool.

Before everyone of his "bunker broadcasts" Jill tells him, "Papi, take your hand out of my pants." "We're going live in a minute".

And yet he's still better than the Great Pumpkin. Weird.

Ha! 11:40AM just got knocked the fuck out!!! Love it! He tried to run snark, and ended up getting his geezer skull caved in for it! Brutal.

11:29 - no rebuttal? How the fuck can you provide a rebuttal to idiots like Trumpers? I can throw facts at you turds all day and all you can say is "fake news" or "Joe Biden, does he even know what day it is?" when Trump can't put a coherent response together to a question to save his life. It's a fucking word salad or dandelions and other various lawn weeds. It's hypocrisy to the extreme and Trumpers are just basic boring dipshits who wouldn't understand that if it smacked them right between the eyes.

Now, just scuttle off and find your latest lame ass conspiracy to throw against the wall. Whatever you're throwing out now isn't working for anyone other than Trump's dipshit base.

Oh Chimpy. Stop cutting and pasting yourself! And please stop commenting on your own posts, it's so sad and obvious. ;)

Not a Trump voter or even a Republican. I know this doesn't fit in your obsessed, tiny world, but there are many of us who got over Trump long ago. Now we're more concerned with the terrible candidate the Dems are offering us to put in his place. Have you even watched the latest gaffe-a-thon? Seriously, it's elder abuse at this point. That's why your candidate isn't allowed in public much where he can make it worse.

Not to mention the rapiness. Which is fine with you because your side doesn't have permanent ethical standards of any kind, not even on their core issues.

And conspiracy theories? Oh, honey. You don't know how Obama's experiencing increasing heat over his personal interference with the Trump campaign? How the Flynn case defines prosecutorial overreach, complete with perjury traps? I know you only like Adam Schiff's conspiracy theories. Seriously, check it out! It's far worse than Watergate. Which is fine with you because the only--and I mean the only--idea n your head is Trump. Get Trump, hate Trump, blah blah. Tedious.

So yeah. Surrender accepted. As usual. ;)