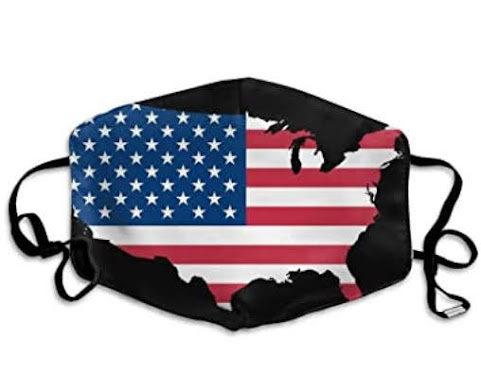 "The City Council on Monday night will consider an ordinance that would mandate wearing face coverings or masks in businesses that are open to the public, such as businesses that provide goods or services.

"Police Chief Tim Schwartzkopf had sent a memo last week to councilmembers, voicing concerns about the police department's ability to enforce such an ordinance."
The showdown is scheduled for 6PM as fear of large crowds of protesters is already a concern near the Council chambers.

The Perfect Village Idiots don't have anything else to do except micro manage peoples lives.

"i should have wore a mask"

A community has every right and indeed obligation to provide for the safety of its citizens, especially in an emergency.

It's the first function of government.

Give the protestors free MAGA masks and they'll be happy.

There must be know-nothings in well-educated Prairie Village, too.

Masks are like seatbelts, a little inconvenient but they save lives.

I guess they don't have a problem with the city paying their bills. As a resident you better not raise my taxes because of shortfall, when you are openly keeping people from spending their money in your city.

I heard the city council is planning to make this a permanent requirement so there are also no flu deaths each year. They're also planning to ban vehicles from driving through city limits so no injuries or deaths are caused by traffic accidents.

It would be a pity to allow a second wave to germinate when a vaccine may be available soon, if people can just hang on and wear masks for awhile.

80% mask wearing would cancel corona. social distancing only will lead to a second wave.

Prairie Village should also give their City Manager a $40,000 raise to keep up with Shawnee Mission.

I read Overland Park is one-upping Prairie Village whereby each citizen must wear a mask AND carry a roll of toilet paper for personal use.

That Prairie Village crowd can get out of control after too many lattes.

I thought Prairie Village was a homosexual-friendly. An ordinance requiring the wearing of masks would limit s homosexuals ability to suck dick.

Covid-19 is an AMAZING virus. Key features Wayne (ID: eJmoPaSY) 05/17/20(Sun)04:32:07 No.257764718 [Reply]▶
▶ cured influenza, measles, heart disease, cancers and most other diseases and abolished 'death from natural causes'...
▶ it’s a smart virus, highly virulent in parks, streets, churches and schools, the gym and on beaches...
▶ has no effect on the thousands of employees who work at Kmart, BigW, Target, Bunnings.... and especially in liquor stores...
▶ the virus seems to target mostly mum and dad businesses and barbershops, who always have much fewer customers walk through their doors...
▶ the virus also targets our food chain, since it managed to close meat packing companies, and forced farmers to discard their harvest in record time... (USA)
▶ construction and supermarket workers have a natural immunity, but would obviously still need to be vaccinated...
▶ also, police uniforms hold the cure for the virus... no social distancing, not even masks are needed, as long as you wear a police uniform...
▶ it doesn't affect children, except for a few who got it... same with animals...
▶ also, imposing mandatory cloth masks to prevent too much oxygen to people's brains, and spraying beaches and streets with bleach, as well as spraying chemical airborne disinfectants from airplanes over densely populated areas have been known to do miracles for people's lungs affected by this strange virus...
▶ we would need millions of ventilators... unless we suddenly won't need any ventilators...
▶ and we need to commandeer all private hospitals to keep them open solely for the avalanche of virus victims, and the avalanche of TikTok videos by overworked hero doctors and nurses...
▶ categorized as an 'invisible enemy', one that can never be definitively beaten and always lurking in the shadows, much like the war on terror...

Prairie Village should set an example for Kansas City and require masks.

Karens better be ready for fun in P.V. tonight.

Prairie Village should also require its citizens to wear a mask on their ass to prevent the spread of flotuation.

Also, no sneezing, coughing or breathing should be allowed.

PV passed a city ordinance requiring its citizens to carry plastic bags to pick up their feces when they defecate on well manicured lawns and golf course greens.

Brighton Gardens is in Prairie Village. It may have made them aware of the dangers of the virus.

^^ Right. All of those quarantined nursing home residents were going to sneak out in the middle of the night and invade homes and breathe on everyone.

If you dare to care they will find you and infect you. Ta-da it's the Trumpvirus death squad!

And from the other side of your double talking mouth:
All lives matter!
I'm pro-life!

But being a prick now is so much fun!

The Prairie Village people are very cardio exercized. Every time a black person shows up at Franklin Park they go twice step, then the quick step, then the full run back to the car. By the time the air kicks on in the car their heart rate is only triple of normal. Would normally settle the rate, but First Watch is still closed.

Jori Nelson, the council member fought and lobbied hard to get pitbulls allowed in PV last year. So someday a small child will be ripped to shreds in front of his parents, by getting their neck chewed through or their intestines torn out.

But she wants masks for safety? And they will be required by law? Whats wrong with her brain?