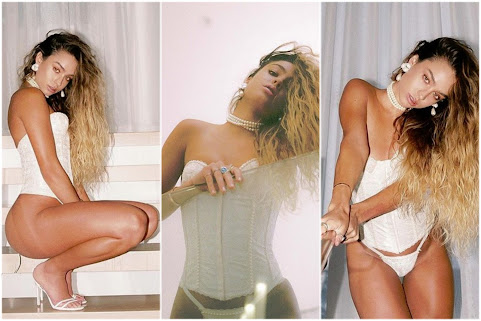 Sommer Ray is a 23-year-old American fitness model who has amassed over 17 million followers on Instagram. Tonight she inspires this peek at pop culture, community news and more . . .

KANSAS CITY, Mo. - The Kansas City Area Transportation Authority approved one year of funding Wednesday to keep bus service within Independence active. Independence will receive $1.6 million for its IndeBus services as part of $10 million issued to KCATA under federal CARES Act funding intended to "supplement lost revenues from sales tax, passenger fares and local support during COVID-19," according to a news release.


Ameristar Casino Hotel in KCMO to reopen next week

KANSAS CITY, Mo. - Ameristar Casino Hotel in Kansas City, Missouri, plans to reopen next week with limited capacity and additional safety measures in place. Boyd Gaming Corporation, the parent company of the hotel and casino, said Wednesday that gaming and "a limited number of amenities" will resume operations at 11 a.m.


Ford responds to concerns about COVID-19 case at Claycomo plant

After Ford shut down part of its Claycomo production line on Tuesday after a positive case of COVID-19, KMBC 9 News received multiple emails and social media messages from friends and family of plant workers asking about why it took only an hour to disinfect and clean part of the Ford Transit production line before employees resumed work.

Sommer Ray graced her fans with yet another sultry photo shoot on her Instagram feed on Wednesday afternoon. The model shared a massive series of images in which she sported an all-white corset ensemble as she posed on a set of stairs. The look did nothing but favors for her stunning curves.


Tucker rips media for scolding outdoor Americans: 'The fact that you disobeyed them drove them insane'

Tucker Carlson opened Tuesday's edition of " Tucker Carlson Tonight" by ripping the mainstream media for shaming Americans who spent part of their holiday weekend outside and not wearing masks. "Grilling a hamburger in the fresh air. Hitting the park. Walking the beach for a couple of hours. It's essential.

The U.S. has surpassed the grim milestone of 100,000 deaths as a result of the coronavirus, according to data from Johns Hopkins University, significantly more than any other country in the world. More than 5.6 million people have contracted the coronavirus across the globe, with the U.S.

About 24 hours after George Floyd's death, hundreds packed the streets of Minneapolis, many gathering at the intersection where Floyd was pinned to the ground by police officers shortly before he died.


Choose your adventure: 16 safe summer day trips to get you outside

Stir-crazy yet? After nearly three months of social distancing, that's to be expected. And yet, things aren't exactly back to normal. Never fear, we're here to help with 16 great day trips from Kansas City. We picked spots that are safely spacious-think secluded hikes, prairie ghost town and massive earthen mounds-but which offer excitement, fresh air and much-needed changes of scenery.

KANSAS CITY, Mo. - One of Kansas City's oldest and most historic parts of town is looking past the pandemic. From spring through fall, the West Bottoms is full of antique and vintage shoppers on the hunt, people combing through floors of unique furniture and wares.

KANSAS CITY, KS (KCTV) - This is the second straight season Lakeside Speedway has had to delay the start of their season. They were delayed last year because of flooding and are now delayed because of the pandemic. They can't wait to have people in the stands but say fans can expect many restrictions.

Hide Transcript Show Transcript RIGHT NOW. WE WILL GRADUALLY COOL OFF THIS EVENING. RAIN CHANCE 30%. MANY OF US WILL JUST HAVE CLOUDS. LET'S GO THROUGH THIS EVENING AND THURSDAY. THERE IS 9:00 P.M. SCATTERING. I DON'T EXPECT TO BE SEVERE. THURSDAY, MORE SCATTERED SHOWERS MOVING. WATCH AS WE GO FROM 7:00 TO LUNCHTIME.

Trump lied; 100,000 Americans died. Deplorable MAGATS attempt every deflection and distraction possible. Even President Tweety was called out by Twitter for lying so much. Mommy and Daddy were right. Dirty little CHUDS, all failing at life, are reduced to taking out their self-hatred on TKC. Such pathetic little children with weak moral fortitude acting like Trump to gain attention. Look at me! Look at me! BEHGHAZI! Tan suits! Ebola! But her emails!

100,000 dead and growing, MAGATS. That blame rests solely on you and Trump.

If you wear an N95 respirator mask while swimming, can you breath underwater?

Even if so, it may not be the best look.

Perhaps a snorkel or scuba equipment would be a better look. The snorkel could be used out of water and for shopping, etc.

Being restless after a couple of months of lockdown, many folks secretly envy the Ozarks bad-assers. That's part of why it's gone viral.

Will there be more parties thus weekend? There might be more people.

I’d like to screw that Sommer gal real deep and hard.

Hey, 8:04PM. Envious? Not a chance. I'm happy as shit those Deplorables are partying together and spreading the Rona back to their families. More dead MAGATS!

^^^ hey dummy, your people came from dimwit cities of kc and St. Louis and more than likely Columbia and Springfield, all dimwit cities so ok, let them give the wuhan flu to their families, they’re votes don’t matter anyway.

Quick question, why was a reporter from Phoenix covering a story here in Missouri? Mighty suspicious

Asked what they planned to do for Sommer break, college men everywhere reported "manual labor"!!!

Uh, Tucker didn't mention the Ozarks pool party. He was referring to people going outside. I didn't see anything on any news channels calling people out beyond the incidents in the Ozarks where hundreds of people were in close proximity to each other.

His whole commentary about the news media could be applied to himself as well.

Tucker Carlson's face is so punchable