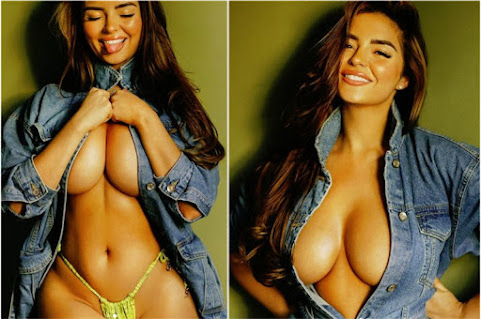 More than a handful of pop culture, community news and info from across the nation in this news blast . . .

KANSAS CITY, Mo. - Firefighters say a man with disabilities tried to crawl out of his home Tuesday morning to escape a fire at East 60th Street and Walrond Avenue. Friends call the victim a helpful neighbor. Firefighters said when they arrived at the home just before 8 a.m., it was fully engulfed in flames.

KANSAS CITY, Mo. - More than 5,000 residents across Kansas City, Missouri, responded to the city health department's coronavirus survey that was rolled out . The initial purpose of the survey was for health department officials to better understand the state of COVID-19 throughout the Kansas City area in the absence of widespread testing.

According to a recent release, the KC Streetcar is adjusting service hours in a phased approach. Subject to updates or related guidance from Kansas City, Missouri's Health Department, and local authorities, beginning onMonday, May 18, the KC Streetcar will observe the following hours of operation and service levels.

A former Faultless Healthcare Linen industrial building prominently positioned within the Crossroads Arts District has remained on the market since a Minneapolis-based developer ditched plans for apartments earlier this year. Colliers International learned around the first of the year that Opus Development Co.

WASHINGTON - The U.S. Supreme Court on Tuesday seemed prepared to rule that Congress went too far in seeking broad access to President Donald Trump's personal financial documents but that a New York prosecutor may be able to get his tax records.

After weeks of will they or won't they, they did: House Speaker Nancy Pelosi announced a new COVID-19 economic relief proposal. The bill is known as the Health and Economic Recovery Omnibus Emergency Solutions Act, or HEROES Act. Just like the last House proposal (which eventually became the CARES Act), the HEROES Act bill is hefty, weighing in at 1,815 pages.

Here's how Kim Jong Un holds court. NBA legend Dennis Rodman dished on his longtime bromance with the North Korean despot - revealing how the pair partied with "hotties and vodka" when they first met. Rodman, now 58, went to Pyongyang in 2013 on a trip with the Harlem Globetrotters and "dignitaries," he said on ex-boxer Mike Tyson's HotBoxin' podcast last week.

China reported 17 new coronavirus cases on Sunday, the second day in a row new cases were in the double digits. Three cases were in Shulan, a city near the Russian and North Korean border that's been reclassified as a high-risk region. Wuhan, the original coronavirus epicenter, reported six new cases over the weekend, all within one neighborhood.

If you need a COVID-19 test and meet certain criteria, you might consider two locations in Clay County. With the exception of an uptick in demand this week, a drive-thru testing site at the Gladstone Walmart at Northeast 72nd Street and Mo-1 Highway has experienced an overall drop in testing traffic the past few weeks.

FAIRWAY, KS (KCTV) - Schools are going to look very different when students head back in the fall, and the Missouri School Board Association is releasing advice for local districts to help with the change. KCTV5 News spoke with a member of the school board association who is with Blue Springs Schools, and she points out the importance of students being in school buildings.

Hide Transcript Show Transcript WESTERN HORIZON. 53 DEGREES IN THE NEXT HOUR OR SO. ONE DEGREE ABOUT EVERY OTHER HOUR. A LITTLE BIT COOLER THAN THAT BY TOMORROW. 48 DEGREES. STILL SOME CHANCE OF SPOTTY SHOWERS, NOTHING TOO SIGNIFICANT. BY NOON, 57 DEGREES.

Him gonna stamp hims widdle feets if him don't getm hims way on both.

After finishing her last day of quarantine, Demi surprised me at the door with her facemask turned into lingerie!!!

Top Photo Guy:she lifted your mask and dropped your drawers and discovered you were white and got sent packing cause you were lacking what it takes to get in them guts