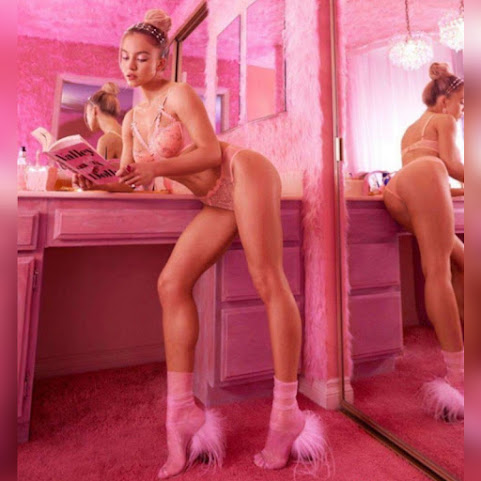 22 year-old actress Sydney Sweeney catches up on the classics whilst we check pop culture, community news and info from across the nation and around the world tonight . . .


Where to find a coronavirus test in KC

Metro area residents concerned they may have contracted COVID-19 can now access a single website to get information about COVID-19 testing sites in both Kansas and Missouri, thanks to Comeback KC, a public service communications campaign developed to provide a single source of information on COVID.

Life Is A Gamble OR Take Your Chances In The Dotte


Hollywood Casino at Kansas Speedway hopes to reopen May 25

KANSAS CITY, KS. (KCTV) --- Hollywood Casino announced Thursday that it is hoping to reopen on Monday, May 25. The casino posted a statement on its Facebook page, saying the reopening depends on state and local regulatory approval.

COLUMBIA, Mo. - An anonymous student at the University of Missouri is suing the four-campus system, seeking a refund for spring semester tuition and fees after classes moved online in March because of the coronavirus outbreak. The class-action lawsuit was filed Friday in Boone County circuit court on behalf of all students at the UM system's four campuses.

Story updated at 2:54 p.m. Thursday The University of Kansas is facing a budget shortfall that amounts to nearly 26% of its general operating budget - or $120 million - for fiscal year 2021, Chancellor Douglas Girod said Thursday. The staggering figure is attributed to direct losses in research dollars, event fees and student housing [...]

WHITE HOUSE - U.S. President Donald Trump on Thursday placed more pressure on states to reopen for business despite continuing concerns about the coronavirus. "I don't think people are going to stand for it" in states that do not resume normal activities quickly, the president told reporters as he toured a Michigan automotive plant repurposed to produce ventilators for COVID-19 patients.

Prez Trump Won’t Do As Told


Trump doesn't wear coronavirus mask to Ford plant, after being told he should

President Donald Trump on Thursday did not wear a mask for coronavirus protection while touring a Ford Motor Co. plant in Michigan, despite a state law and company policy requiring facial coverings there. Trump was visiting Ford's Rawsonville Components Plant in Ypsilanti, which has a policy of requiring masks there.

Sen. Amy Klobuchar could be Joe Biden's surprise veep pick - the Democratic presidential nominee has asked her to undergo rigorous vetting before potentially joining his ticket, according to a new report.


China security law 'could be end of Hong Kong'

Pro-democracy activists say they fear "the end of Hong Kong", after China announced plans for a new security law. The US said the move could be "highly destabilising" and undermine China's obligations on Hong Kong's autonomy. China's National People's Congress will on Friday debate the law, aimed at banning sedition and subversion.

KANSAS CITY, MO (KCTV) -- Everyone is trying to adapt to this ever-changing world. Now, libraries are finding ways to keep up the exchange of stories new and old. It's not the stacks and not the usual way to browse for light reading, but Angel Elo and other people pulling in and out of the parking lot of the Red Bridge Mid -Continent Public Library have missed their books.

Tattoo parlors are allowed to reopen with restrictions in Kansas City, Missouri.KMBC 9 talked to an artist at Midtown Tattoo about the changes they're making, and why he says customers should feel safe.Before a needle touches skin, everything is sanitized. "We're already wiping things down with like Madacide...


Old Shawnee Pizza Gets an Outdoor-riffic Makeover - In Kansas City

In moments of crisis, what's the one thing that can unite us all? According to William Walker, it's pizza. Walker-who owns Old Shawnee Pizza-comes from a long line of pizza makers. His dad, Joe, opened Pizza Shoppe way back in 1969. While other restaurants are struggling to regain diners, Old Shawnee Pizza has been consistently...

Reading is fun even if this blog is a bit of a sausage fest.

Trump should have worn the mask.

KU, MU etc. Lay off the diversity & inclusion departments. They add nothing and cost a lot.

In the valley of desperation, dying to be a star, was an occupational hazard!!!

Good pizza, but too many other options are a lot cheaper.

CNBC is wrong, he wore the mask behind the scenes until he went on camera, damn lying libtard lame stream media.