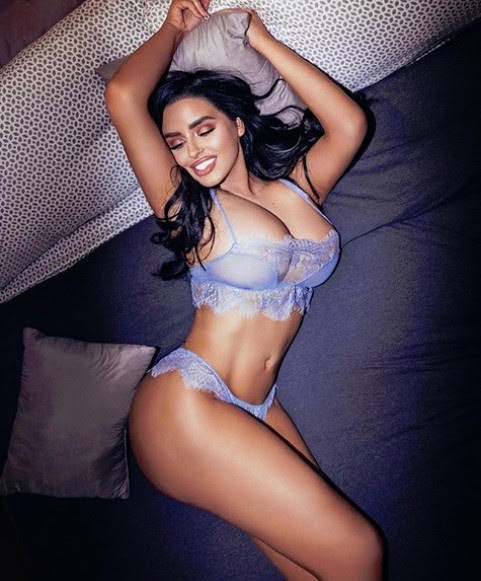 For our weekend news junkies we offer this headline collection of pop culture, community news and info from across the nation and around the world . . .

Kansas City, MO - As stay-at-home orders begin to expire in both Kansas and Missouri, a host of challenges remain for many businesses and religious organizations. While venues and buildings may be allowed to open under certain guidelines, 'social distancing' remains the phrase of the day while the novel coronavirus remains a threat.


KU to resume on-campus operations 'in some capacity' this fall

LAWRENCE, KS (KCTV) -- On Friday, the University of Kansas said that they plan to "resume on-campus operations in some capacity this fall." The university said that members of their public health planning team are developing a framework that will guide how they will move toward restoring their operations.

KANSAS CITY, Mo. - The University of Missouri system announced Friday it has started taking several steps to address budget shortfalls in the wake of the coronavirus pandemic.


Advocates in Missouri close in on Medicaid expansion ballot question

Missouri residents are likely to vote on Medicaid expansion this fall after health advocates on Friday said they have secured enough signatures to put issue on the ballot for November. The group Healthcare for Missouri said it submitted nearly 350,000 signatures, almost double the 172,000 required for a state ballot initiative.

Kansas Prison Outbreak And Then Lockdown In Lansing

TOPEKA, Kan. - Gov. Laura Kelly says Kansas began releasing inmates this week as a way to check the spread of coronavirus in its prison system but stopped when an outbreak mushroomed. She said Friday that the outbreak created a danger of returning infected offenders to their communities.

Abigail Ratchford tantalized fans in her latest Instagram upload, showcasing all of her curves in sheer, barely-there lingerie as she writhed around in a bed. In the photo, the brunette bombshell laid down in a bed, letting her long legs stretch out in front of her.

Donald Trump threatening to reignite the US-China trade war in reaction to coronavirus has triggered a sell-off in global financial markets, as the economic costs of the pandemic continue to mount. Against a backdrop of rising tension between the world's two biggest economic superpowers, share prices resumed a downward slide on Friday with the FTSE 100 falling by 144 points, or 2.5%, in London.


Greg Gutfeld on Biden reponse to Tara Reade claims: He 'was doing great in that interview until he confessed'

" The Five" weighed in Friday on presumptive Democratic presidential nominee Joe Biden's response to allegations he sexually assaulted a woman while serving in the Senate. "I thought his tone was good. Mika was strong, but I don't know if he convinced anybody either way," co-host Jesse Watters said.


Wearing a mask is for smug liberals. Refusing to is for reckless Republicans.

In the '60s, protesters burned bras. In 2020, they might soon be burning masks. Views on how to respond to the coronavirus pandemic have become increasingly polarized, yet another political issue that for many culture war combatants is filtered through an ideological lens.

A local news station in Florida had a rather surprising guest on Friday afternoon: Death himself. During a story on the reopening of the state's beaches, ABC News' Panama City affiliate spoke with the Grim Reaper, who was busy protesting the loosening of coronavirus restrictions before the danger

Want to relive the Royals' run to the World Series?Fox Sports Kansas City will re-air the Royals' 2015 championship run over the next three weeks.It starts Monday with Game 2 of the ALDS vs. Houston. On Tuesday, Game 4 will air, which features the Royals' massive eighth-inning comeback.

Hide Transcript Show Transcript CORONAVIRUS TRACK THE CURVE. SOME OF THIS WEATHER HAS BEEN HELPING, THOUGH, KATIE. KATIE: IT HAS. THERE WILL BE A CHANCE OF LIGHT SHOWERS LATER TODAY, BUT AFTER 3:00, LOOK FORWARD TO THIS JUST BECOMING WARM AND BREEZY WITH THE SOUTH WIND PICKING UP ABOUT 20 MILES AN HOUR AND THEN TURNING TO THE EAST.

Maybe we should rename KCMO to... Casey's Jackass County City.

So I heard something interesting on the news this morning that Kansas City isn’t part of Jackson county. The news actually reported that the money Jaco got as part of the Chinese red death virus from the government doesn’t have to be shared with kc...... ok, I don’t have to pay Jackson county taxes then. Fuck frank white.

Creepy rapey joe biden is toast, they’re waiting to give the nomination to Hillary at the last minute so she doesn’t have a chance at screwing up on the campaign trail, the stupid things she says and has done is worse then anything then what sleepy rapey joe has evar done.

It’s sad when the dimwits can’t come up with a candidate that doesn’t have issues with sexual abuse. Sad.

TOW PHOTO
Damn, I left three hours ago and she's still smiling -
it was a Good Two Days!

I am glad that someone explained to Pence that, if he couldn't "look them in the eye" while wearing a mask, he had it pulled up just a bit too high.

Of course, "Daddy Donnie" hadn't told him how to put a mask on!

Adam Hamilton can still hold church services at Church of the Resurrection. Just tell all the homosexuals to stay home and the remaining 10 church members will be safe.

But that hasnt stopped him from preaching on channel 41,the JOCO snobs must be itching to make those donations for more mission trips to Guatemala

After Abigail began dressing for success, she set new sales records at the mattress store!!!

reading it's-just-boobs TKC is like attending the office meeting where a guy wags his dick your face after orating the morning news.