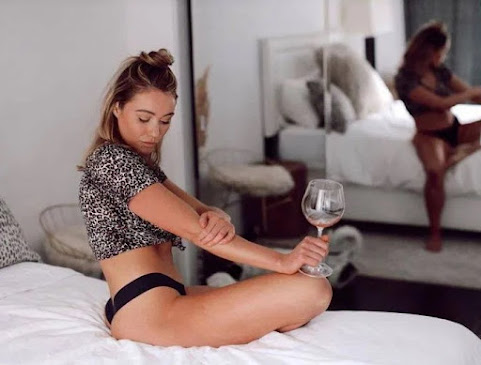 Hottie Kat and her soap opera winning inspire this quick peek at the discourse and some news items to consider at the outset of the weekend concerning community news, pop culture and our world right now. Take a peek:

$6K For Free Would Be Nice


Biden’s Virtual Campaign Is a Disaster


Lattes by day, cocktails by night: Apogee climbs past obstacles for approachable escape (and pizza)

your day drinking days or done kat. Time to go back to work.

Westport and joco women will!

Don’t you just love peelousys designer n95 masks that she wears once and throws away everyday, If only she’d give those masks to important people that need them instead of wasting them on photo ops

Why is Nancy Pelosi wearing her granny panties on her face ? Gross !!!

Listen to the Misogynistic Trumpkins squeal, now that they realize that Nancy has just diddled both Bonespurs and Moscow Mitch up the wazoo with the Bill for a second round of Stimulus Checks that just passed the House.

If the GOP is stupid enough to turn this Bill down, or if the Man-Child pouts, sucks his thumb, and refuses to sign it, then they've just handed every Democrat running for Office this year a club to beat their Republican opponent over the head with!

If they do pass the Bill, credit goes entirely to the Democratic Party!

No, Bernie will running against Haley in 2024.

Sea life has made an excellent contribution to the climate action plan. Then they can go see river life by submerging their heads in the Blue River in the east bottoms.

The latest Dem attempt to buy votes with endless welfare payments may work in the ghetto, but they haven't won over a single Trump voter with their little antics. As usual, McConnell will slap the botox queen down hilariously.

Good to see that Republicans are absolutely correct, and that your focus is on making political hay while the sun shines rather than actually helping working families.

Did you wake up Biden to tell him? Careful, he does get handsy.

Your group therapy is funny. Does it help you cope with your unelectable candidate?

when the system makes job searches a life long virtual impossibility for even the folks who have committed petty crimes of contextual priorities you could never imagine in your lily white world, welfare will continue to be yanked out of your ass.

"they haven't won over a single Trump voter with their little antics."

They don't have to. Trump's doing a pretty good job of alienating his base on his own.