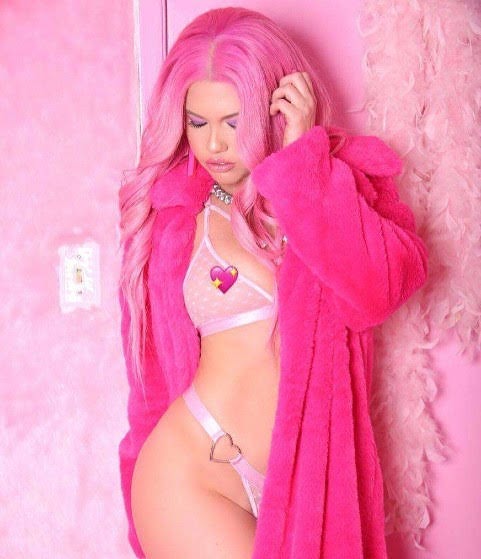 A quick peek at pop culture, community news and info from across the nation and around the globe.

KANSAS CITY, Mo. - Kansas City International Airport is in the middle of an unprecedented time in the history of air travel. "There's no way anyone could've anticipated what happened with the pandemic," said Joe McBride of the Kansas City Aviation Department. "The last thing was 9/11, and that was a huge impact to the airline industry.


16 winners: Micro-grant competition debuts with $30K in prizes to entrepreneurs who 'need funds the most'

Not all early-stage entrepreneurs and small businesses qualify for federal disaster loans, prompting an even greater need for programs like the new Dare to Venture Micro-Grant Competition, according to the Urban Business Growth Initiative.

Starlight Theatre's CEO recovered from COVID-19 and found a way to help others battling the disease."I got a call from the Community Blood Center saying, 'Would you come and give plasma?'

President Trump on Monday escalated his feud with former President Obama, insisting during a news conference that his predecessor committed a "crime" but refusing to dive into details. When asked by a reporter in the Rose Garden what crime he is accusing Obama of committing, Trump responded: "Obamagate, it's been going on for a long time, it's been going on from before I got elected, and it's a disgrace that it happened.

WASHINGTON - The White House on Monday directed West Wing staffers to wear masks at all times after two officials tested positive for the coronavirus, The Post has learned. The memo, sent to staffers on Monday afternoon, tells them to wear face coverings inside the cramped offices at all times, except when they are seated at their desks, a White House official confirmed.

Democrats are now acknowledging that the coronavirus may make it impossible to conduct the in-person convention in August that they'd envisioned, and they're taking steps to allow virtual or socially distanced elements.

Former Georgia county prosecutor and Fox Nation host Nancy Grace said that the legal defense apparently being claimed by two defendants in the deadly shooting of Ahmaud Arbery should never hold up in court. On Friday, Travis McMichael, 34, and father, Gregory McMichael, 64, appeared in court and were denied bail, after being charged with murder and aggravated assault charges.

WASHINGTON -- President Donald Trump stormed out of a coronavirus press conference at the White House on Monday after becoming angry with two reporters, one who asked a question about testing, and another who didn't get to ask a question at all.

KANSAS CITY, MO (KCTV) - Lining up at the gates of Kauffman Stadium may be a thing of the past for the 2020 MLB season. In the proposal headed to the players' union, fans allowed into ballparks was not included. For many, it's hard to imagine foregoing the familiar sights and sounds of a live baseball game in person.


Tuesday will be cloudy, cool

Rain showers will move in later tonight. Temperatures will drop back into the low 40s. Tuesday looks mostly dry. It will be cloudy with a high near 54.

If Trump can't control the outbreak in the white house. He can't prevent it across the nation.

^^Right.
Evil Trump waved his magic hand and infected us all.
Do you listen to how stupid your anti-Trump bullshit sounds?

But Trump butt lickers sound just as dumb to me.

If you're going to accuse a much beloved, former President of a crime, then you MUST provide details.

Otherwise, you are the one committing a crime.

But then, Der Fuhrer breaks the law every day, & the Law & Order Party doesn't care. If the Republicans were patriots, they would have removed him. If Pence were a patriot, he would be President.

Our country won't survive four more years of this low like piece of shit.

While I'll admit that those two are experts on "criminality" and "classlessness", the coincidence in timing seems suspicious.

Maybe somebody should clue these two into the concept that Obama isn't running for Office this year, and that he made it through two terms in Office WITHOUT BEING IMPEACHED!

^^^^And he actually won a majority of popular votes both times and really did have the largest inauguration crowd EVAH!

^^and he is universally beloved and respected across the world. Unlike Trump who is despised everywhere.

You've been beating off too much. It affects the brain after a while.

BYRON, DO you ever STFU ? Every day you provide us 30 mindless know it all replies.

Hated because he drained the swamp. While you butt lickers endorse crime of the free cheese low lifes ( read your basic politician ). Still wondering if you should choose the Men or women's bathrooms. Keep typing Fluffy.

^^How come you haven't ingested Clorox yet CHUD? Didn't your president tell you to?

Provide details?
Obama responding was more than enough evidence that he was involved but you are too fucking blind to see

^^and yet the White House and Donald Trump in particular, have been caught lying over 17,500 times, so anything say, as well as their defenders, is easily dismissed. Nice try pops. Now get your shinebox!

anything THEY say
SHining up that commment up for you does not make my day better.

^^and yet you're a fan. Thanks for responding!