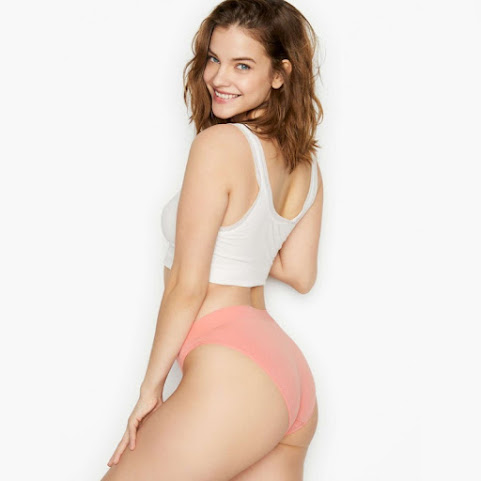 Victoria's Secret Angel & hottie Babs inspires this quick peek at pop culture, community news and info from across the nation and around world . . .

KANSAS CITY, Mo. - While some businesses are eager to reopen their doors, others want more guidance to protect their employees and customers. Missouri Gov. Mike Parson said in a press conference on Tuesday that the "bottom line" is employees have to return to work "if it's safe to go back to work."


After years of no racing, pandemic causes another delay for I-70 Motorsports Park

ODESSA, Mo. - After more than a year in delays, the famed I-70 Motorsports Park in Odessa is dealing with another setback. This time, the delay is sparked by the coronavirus crisis. "It's been a process since last year, trying to get the facility ready, getting prepared for this major show with World of Outlaws.

Fam Thanks Community For Support After Tragedy

OVERLAND PARK, Kan. - The family of Overland Park Police Officer Mike Mosher, who was killed in a shootout Sunday with a hit-and-run suspect, expressed its love and gratitude for the support the community has shown. Mike's widow, Corinne Mosher, said that love was evident Tuesday as they moved her husband's body in a procession.

Barbara Palvin was featured in a new post shared by Sports Illustrated Swimsuit Issue on its Instagram account on Tuesday, May 4, in which the Victoria's Secret Angel showed off her modeling skills in a skimpy bikini. The post included a photo and a video that showed Palvin getting into the pose for the resulting shot.

The narrative seemed set: After a brief surge of public support for President Donald Trump in the early days of America's fight against the coronavirus, his approval numbers had settled back into the low 40s.


Anti-China sentiment highest since Tiananmen Square in wake of coronavirus

An internal report from the Communist Chinese government said anti-China sentiment is at its highest since the Tiananmen Square crackdown in 1989 because of its handling of the coronavirus pandemic and could jeopardize relations with the US, according to a report on Monday.

COVID Creep Gets Attention He So Desperately Wanted

It was a shocking and offensive sight at a San Diego area grocery store when a man showed up wearing what appeared to be a Ku Klux Klan hood. According to San Diego authorities, the incident occurred at a Vons in Santee on Saturday. On Friday, San Diego County's face-covering requirement went into effect.

Justice On The Mend


Ruth Bader Ginsburg in hospital for treatment on gallbladder

US supreme court justice Ruth Bader Ginsburg, who has had a series of health scares, has undergone non-surgical treatment for a gallbladder condition and was resting comfortably, a court spokeswoman said. Ginsburg, 87, had a gallstone that had caused an infection and was treated at Johns Hopkins Hospital in Baltimore, a spokeswoman said.


Adele Posted A New Pic Of Herself, And Oh My God, It's A Serve

The Kansas City Zoo is planning to reopen with new social distancing precautions. Hear what other safety measures the zoo has implemented in the hope of reopening on May 16. Sean Putney, chief zoological officer at the Kansas City Zoo Jessica Cunningham, animal care manager of shows and ambassador animals

Buy Into Dynasty And Hope There’s No Delay

Thanks for the peek, Babs! You are the thickest and the finest of all the new VS ladies.

His approval is inversely proportional to the time he spends on TV bloviating about all the wonderful things he's doing about the crisis.

^^ More libs with their hair on fire. Too funny.

When the Victoria Secret models fell asleep at the Sex Robot convention, and got locked in overnight, they took turns giving each other a hard time!!!

Liberal screams of rage.
Music to my ears.