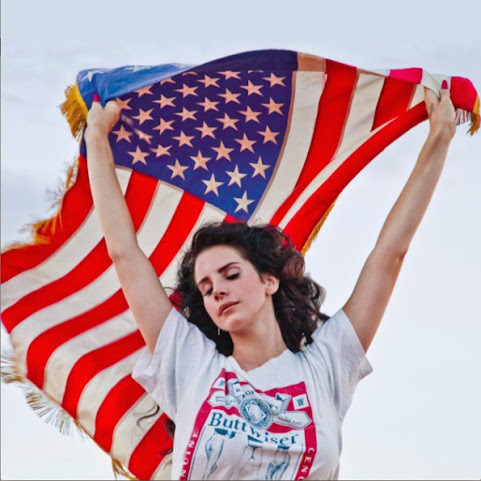 Not so long ago, hottie Lana switched up her nostalgic American flag branding in protest over Prez Trump. However, we think the promotional aesthetic is appropos for this quick look at headlines today from across the nation and around the world.

KANSAS CITY, Mo. - Slowly but surely, retailers are re-opening. On what should be a huge holiday weekend for retail sales in the metro, stores that have been closed for nearly two months are starting to open their doors again. Many of them are luring shoppers back to brick and mortars with huge sales.


Lee's Summit teen looking for stolen car he repaired himself

LEE'S SUMMIT, MO (KCTV) -- A Lee's Summit teenager wants everyone to be on the lookout for his car. He bought it and fixed it up all on his own only for it to be stolen from the street outside his house. Landon Godwin, 15, can't count how many lawns he's mowed across Lee's Summit.

Hombre Gets Lucky In KCMO

Kansas City, MO - Esteban, of Kansas City claimed a $50,000 Powerball prize from the April 25 drawing. Vargas won his prize by matching four out of the five white-ball numbers, as well as the Powerball number drawn. The winning numbers on April 25 were: 1, 3, 21, 47 and 57, with a Powerball number of 18.

Lana Del Rey has shared a lengthy video message responding to criticism over a recent Instagram post. It comes after the singer this weekend posted what she called "a couple of final notes" about an Instagram post that has courted controversy after she named a series of female artists to hit back at claims her music "glamorises abuse."


GOP lawmaker calls on Trump to stop promoting Scarborough conspiracy theory: 'It will destroy us'

Rep. (R-Ill.) called on to stop promoting "the completely unfounded conspiracy" theory regarding the death of an intern for MSNBC "Morning Joe" anchor and former Florida lawmaker . The president on Sunday morning urged his followers in a tweet to read an article from conservative website True Pundit, which claimed evidence showed foul play in the death of Lori Klausutis, 28, in 2001.

President Trump warned Monday that planners would be "reluctantly forced" to find a new site for the Republican National Convention if North Carolina's governor can't guarantee the party will be allowed "full attendance" at the event currently planned in the state's largest city.


US faces Memorial Day like no other under virus restrictions

ATHENS, Greece (AP) - Americans marked a Memorial Day like no other as the coronavirus pandemic upended traditional commemorations and forced communities to honor the nation's military dead with smaller, more subdued ceremonies like car convoys instead of parades. On the weekend that marks the unofficial start of summer, U.S.

UK Prime Minister Boris Johnson has managed the rare feat of bringing together British newspapers from across the political spectrum to demand he sack a top aide accused of breaking strict lockdown rules.

The national security adviser warned that the Trump administration could slap sanctions on China's ruling Communist Party over the harsh new security laws it plans to impose on Hong Kong, as rallies over the weekend pitted pro-Democracy demonstrators against Hong Kong police.


'Tequila fairy' lifts spirits, gives away bottles to those who lost jobs in Midwest

Bryce Lob is known as the tequila fairy.As the owner of a tequila company, he's making special doorstep deliveries, giving away bottles of tequila, KAKE-TV reports.He offered to do so in a March 20 social media post."We expected maybe 50 people would reach out," he said.

Shopping Returns To The Dotte

KANSAS CITY, Kan. - Memorial Day weekend marked the reopening for the Legends Outlets in Kansas City, Kansas, as Wyandotte County enters Phase Two of its reopening plan. The shopping center was not packed, but several people flocked to the stores. "It feels normal, you know, like it should be," shopper Dairus Thomas said.

Hide Transcript Show Transcript MEMORIAL DAY HOUSE. IT HAS A LOOK IN THE REST OF THE DAY. OKAY, THAT'S UNDER STORMS LATER THIS AFTERNOON ROMP THAT WOULD PROBABLY WILL FIRST ALERT RADAR. BUT BEFORE WE GET THERE, WE HAVE THE MUGGY CONDITIONS THIS MORNING. I MEAN, YOU WILL REALLY NOTICE THE HUMIDITY WHEN YOU STEP OUTSIDE.

Does he really want to kill that many of his supporters? Oh, well. Darwin would approve.

From the looks of all the partying that is going on this weekend and from looks of those places that are opened for business not too many people appear to be hurting money wise. When those on unemployment are making more than when they were working I guess they do have money to burn.

Or maybe the people shown in the photographs are the entire universe of those who are not hurting money-wise, while the rest can't afford to go there.

^^^^Many people have been able to work from home and have not been impacted financially by the shutdown. In my case, I've spent less on dining out and clothes, so I'm ahead so far. Many people are not able to work from home and many of those were let go, so hopefully you won't begrudge them a few extra bucks while they navigate their new world. If you do, you're an asshole.

11:44: Please go to the Republican convention. And don't social distance.


There's two kinds of people living in our country today. Americans and democrats the new terrorists.

^^^ ReTHUGlican comment. If you hate Democracy and the Constitution. Then you hate America. We shouldn't all be forced to join your side. Real Americans have a choice and don't accept blind obedience.

^^^You're making zero sense. Sober up and try again.