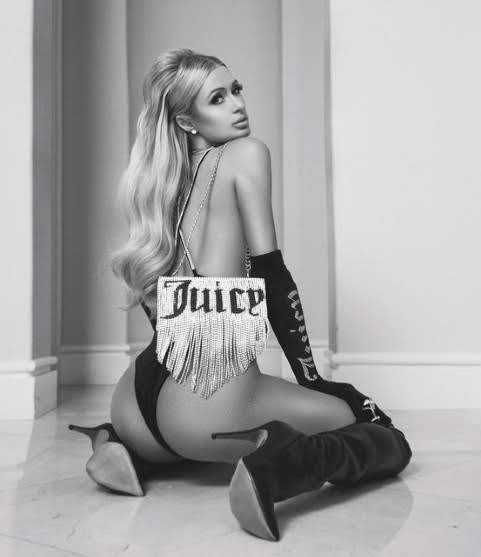 LAWRENCE, KS (KCTV) -- Concert venues will be among the last places allowed to open and small, independent venues are particularly vulnerable. On Thursday, KCTV5's Betsy Webster took a look at how they're joining forces as a group to try to get some help and protection.


Doing Our Doody To Combat COVID-19

The COVID-19 pandemic has left a lot of us feeling confused by a virus that is constipating our lives. But now comes word out of Kansas that we don't have to take this lying down. In fact, all we have to do is sit down... on the toilet.


Queen of the Noughties Paris Hilton is Sliving, and back in Juicy Couture

We chat to the face of the noughties about fame, her upcoming documentary, and a long-forgotten emo phase.

Senate Democratic Leader (N.Y.) said Thursday that he and Speaker (D-Calif.) will soon unveil a coronavirus relief package that he described as "Rooseveltian" in its scope and size. "We need big, bold action," Schumer said in an MSNBC interview with Stephanie Ruhle, adding that he and Pelosi "are working very closely together on putting together a very strong plan, which you will hear shortly."

To Russia With Love


Trump says he's sending ventilators to Russia for Putin's coronavirus response, but previously pushed back on requests from US governors

President Donald Trump says he's sending ventilators to Russian President Vladimir Putin to aid Russia's coronavirus response. Trump and Putin spoke on the phone Thursday. Previously, Trump pushed back on requests from US governors for ventilators and other supplies. As Trump moves to send life-saving equipment to Russia, the US remains the epicenter of the coronavirus pandemic.

WASHINGTON - Tara Reade, the woman who has accused Joe Biden of sexually assaulting her in the 1990s, told Megyn Kelly in her first on-camera interview since Biden publicly denied her claim that she wishes he would drop out of the race. "I wish he would (withdraw from the race)," Reade said.

The Justice Department has dropped its case against former Trump National Security Adviser Michael Flynn, erasing his guilty plea in the Mueller probe and ending a years-long saga over his sentencing. In a court filing Thursday, the Department of Justice said that "based on an extensive review and careful consideration of the circumstances ...

Rocketman Too Big To Fake

Body double? Fat chance! A famous Kim Jong Un impersonator says there's no way the North Koran leader could find a convincing lookalike in the food-starved nation - because he's too obese. "He's not just chubby, he's really fat. Where are you going to find a fat person in North Korea?"

LAWRENCE, KS (KCTV) -- On Thursday, the University of Kansas said that a response from the NCAA's enforcement staff does not change their position that the "the allegations brought against our men's basketball program are simply baseless and littered with false representations." For background, on Sept.


Two local ICU nurses had their wedding cancelled. They moved it to Loose Park.

Taylor Akagi & Jacob Hoegler get married at Loose Park on April 4th. They had a big wedding planned for the date but had to change those plans because of the pandemic. They decided to have a small ceremony in the park and a big party to celebrate with friends and family in the fall.

Today is a Storm Track 5 Weather Alert Day. We are tracking an 80% chance for rain this afternoon and evening with a high near 60.

Where do I sign up for the poop inspector job?

"Great pay/job security/
Early morning workers especially needed/
Always a steady supply of work/
All you can eat/
Unlimited leftovers to take home and warm up for the family."