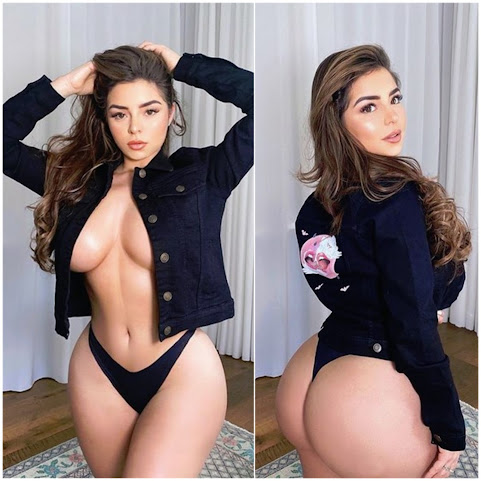 Right now Demi's newsworthy fashion hotness inspires this collection of community news, pop culture and info from across the nation and around the world . . .


Century-old KC Movie Theater company explains how, when it will bring movies back

KANSAS CITY, Mo. - Movie theater companies in Kansas can reopen today but one local company with theaters across the country and a long family history isn't quite ready to open yet. B&B Theatres is based in Liberty, Missouri, with 50 theaters across eight states.

Kansas City Guide To Gently Asking For Consent To Eat Out

The KCMO City Council went to great lengths to make sure the recent ordinances allowing restaurants and bars to expand into parking lots and spaces outside of their establishments go into effect as quickly as possible. As part of that effort, Councilperson Bough shared this handy one-sheet on Twitter today, which includes everything you need to know about the new...

All Aboard KC Bus Again

RideKC service routes will offer more hours as the region opens back up amid the COVID-19 crisis. Starting May 31, most routes in Kansas City, Mo., and Kansas City, Kan., will continue to use Saturday schedules on weekdays, but routes previously scheduled to run past 9 p.m. will resume doing so.

Demi Flaunts Dangerous Curves For A Living On Instagram

Demi Rose, 25, drew attention to her busty display as she posed in a tight jumpsuit, which clung onto her sensational physique today. The model risked a potential nip slip in the plunging attire but posed with confidence for her fans.

President Donald Trump and his advisors showed more support for a new round of coronavirus relief spending this week as economic damage from the pandemic mounts. The president on Thursday said "I think we're going to be helping people out" and "getting some money for them" as tens of millions of Americans lose paychecks and businesses struggle to survive with public health restrictions still in place in much of the country.

Secretary of State Mike Pompeo on Friday condemned efforts by Beijing to enact national security legislation in Hong Kong, charging that the implementation of such a measure would represent a "death knell" for the semi-autonomy afforded to the Chinese territory. "Hong Kong has flourished as a bastion of liberty," Pompeo said in a statement.


Birx announces 'dramatic decline' in coronavirus cases across the states

Dr. Deborah Birx on Friday announced a "dramatic decline" in coronavirus deaths and hospitalizations across the country, particularly in the New York City metro area. "A dramatic decline across the states" has also been seen in the positivity rate, as testing capabilities are expanded, said Birx, the White House coronavirus response coordinator, during a briefing with reporters.

Most Voters Use Caution


Wear a mask in public? Sure. Majority of Democrats, Republicans say they have, survey shows

WASHINGTON - Despite high-profile incidents of Americans refusing to wear face masks, an overwhelming majority of Americans say they have worn a face covering due to the coronavirus pandemic, according to a new survey.

Lori Loughlin and Mossimo Giannulli copped pleas in the college admissions scandal Friday after realizing the case against them was too strong - and because they feared their daughters would have to testify, according to a new report. "It was going to get ugly," a source close to the "Full House" TV alum Loughlin told US Weekly.

KANSAS CITY, Mo. - If you've been down to the Country Club Plaza lately, you've probably noticed it's busier, with more restaurants and shops opening up. But Classic Cup Sidewalk Cafe isn't opening its doors until June. Owner Dan McCall said they want to wait to see what other restaurants are doing and take a look at what's working and what isn't.


Minsky's and Joe's collaborating to bring back BBQ pizza

Weekend Warm Up Ahead


Saturday will be warm, humid

WE ARE TRY DRY NOW. AS MENTIONED HERE IS A LOOK. WE'RE LOOKING HERE AT THE FIELD DEVELOPING. SOME OF THOSE COULD POP UP TO A THUNDERSTORM POSSIBILITY BUT RIGHT NOW, FEW AND FAR BETWEEN. AS YOU CAN SEE HERE, WITHIN THE 4:35 LOOP. MOSTLY SUNNY.

That sure is a lot of news, bewbs and ass. Thanks, T!

Fake is not sexy.!

When it comes to Demi, the answer to her question "Does this make my butt look big?" is always a resounding YES!!!