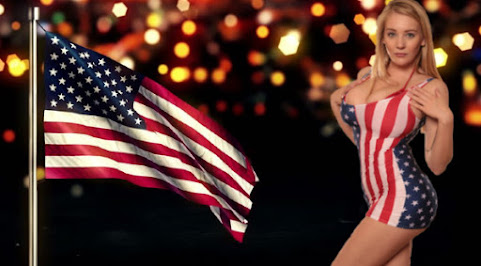 The start of this WEIRD Memorial Day weekend offers a glimpse at the "new normal" for the nation as we check pop culture, community news and more . . .

Plenty Of Distance At The Lake

BLUE SPRINGS, Mo. - The Jackson County Parks and Recreation Department has Memorial Day plans in place to provide a safe environment for visitors to its lakes over the holiday weekend. Some got a head start, like Bob Huggins, a retiree from Grain Valley who was out on Lake Jacomo for a morning of fishing on Thursday.

After eight months of construction, the Kansas City Zoo's "elephant-sized renovation" is opening Friday.The zoo said Elephant Expedition opens back up to the public at 9:30 a.m. after a $10 million rehabilitation that includes "tons" of updates that are going to be enjoyed by seven African elephants and the guests who visit them.

THESE PIPES ARE CLEAN!!!

Kauffman Center for the Performing Arts has been mostly quiet after shutting its doors in mid-March. But every three weeks, Helzberg Hall comes alive when organist Jan Kraybill stops by to play and inspect the custom-built Julia Irene Kauffman Casavant Organ. "I miss these organs as much as they miss us," Kraybill says.

KANSAS CITY, Mo. - As businesses open up again, many are rehiring workers, which should come as welcome relief for the thousands in the Kansas City area who became unemployed during the COVID-19 pandemic. "It's starting to pick up again and companies are starting to do more interviews and hire," Career adviser Karen Silins said.

President Donald Trump was finally photographed in a mask during the private part of a tour of Ford's ventilator factory in Ypsilanti, on the outskirts of Detroit, Michigan In public he defied Michigan's mandatory face mask policy by refusing to cover up 'I wore one in this back area.

The pool reporter who was designated to cover a Joe Biden fundraising call with Wall Street players Thursday evening apparently had an early night. The NBC News pool reporter said she was able to listen to Biden's opening remarks but was "quickly kicked off the phone call" once the likely Democrat nominee opened the floor to questions.


Mortgage delinquencies surge by 1.6M in April, the biggest monthly jump ever

Delinquencies among borrowers for past-due mortgages are soaring, a sign that Americans are struggling to pay their bills due to a wave of layoffs or lost income from the coronavirus pandemic. Mortgage delinquencies surged by 1.6 million in April, the largest single-month jump in history, according to a report from Black Knight, a mortgage technology and data provider.

America Out Of Work

Last week, 2.44 million Americans filed first-time claims for unemployment benefits. Since mid-March, roughly 39 million people have filed for unemployment. About 25% of Americans are now out of work. As bad as these numbers look, the job landscape is even worse than what's being reported.

If you missed the wonderful photo op earlier this week while the Concourse fountain was a bright blue honoring UMKC graduates, thatopportunity won't avail itself again anytime soon. The city's Parks andRecreation Department has shut the fountain off through at least LaborDay due to the ongoing COVID-19 threat combined with that particularfountain being used as an impromptu spray ground during the summermonths.

Kansas City Chiefs Megan Armstrong Senior Analyst II Charlie Riedel/Associated Press The NFL has proposed replacing onside kicks with the option to maintain possession through a 4th-and-15 attempt twice per game. That was music to Kansas City Chiefs quarterback Patrick Mahomes' ears: The Chiefs executed a 3rd-and-15 while down 20-10 to the San Francisco 49ers with nearly seven minutes left in Super Bowl LIV.

MTH's "Songs of the Great War". Wilkens and Wearing, with Watson on piano and Harter. // Photo by Tim Scott Memorial Day weekend? Already? We won't ask where the time has gone, because we all know. As parts of the city reopen, most arts venues remain physically closed, for now.

Hide Transcript Show Transcript TOWARD THE WESTERN PORTION OF KANSAS. PREDICTION CENTER THINKS WE HAVE A GOOD CHANCE OF SCATTERED -- A FEW WILL GET STRONG ENOUGH TO PRODUCE DAMAGING WINDS AND HAIL. SOUTH BANKS COUNTY, BENTON COUNTY, FARTHER TO THE SOUTH. FUTURE SCAN LOOKS AT SHOWER TRYING TO MOVE FROM KANSAS INTO MISSOURI.

Wow the stuttering John podcast is a hotbed of political chat

^^and your a big ball of boredom and loneliness.


What the F does the fountains have to do with the virus? Why not just drain all of the lakes and rivers. But yet certain liberal anti american assholes put infected people in with non infected people in nursing homes. Next you people will fall for the untested vaccine that Bill Gates "the depopulation expert" is pushing. Tyranny? Yes.